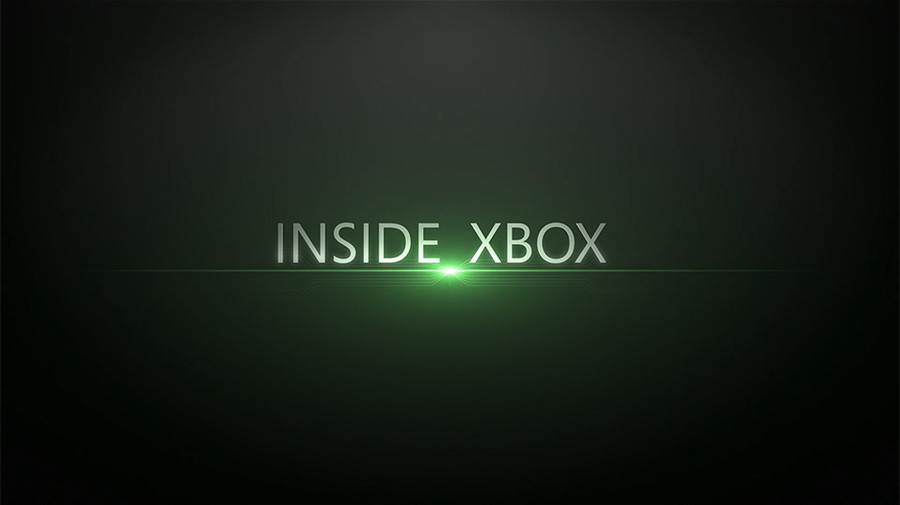 Just a few hours ago, Microsoft live-streamed an episode of "Inside Xbox" at Gamescom 2018 complete with developer interviews, release dates and more details from the big E3 reveals we saw back in June. Check out the details below, but if you're in a rush...

Hunt Showdown - This game has been on Steam's "Early Access" program on PC for a while now, but we're very anxious to get our hands on the "Xbox Preview" version (instead of just watching matches on Twitch). For those unfamiliar, you and a partner are monster bounty Hunters. Your duo is pitted against other hunters and the goal is to kill and extract the monster (your bounty). However, once you have the bounty, everything on the map is alerted to your position; including other players. In other words, PVP and PVE at the same time. Yeeesh. To add to the stress, its permadeath, so all the cool gadgets and weapons you get along the way are gone if you take a dirt nap. Well, in this case, its a swamp nap.

PUBG - We got a really cool peek into the PUBG offices in Seoul, as Major Nelson spoke to the developers and community managers who shared how they prioritize game improvements. All leading up to announce the official release of the v1.0 game (it's still currently an "Xbox Preview" title). They admitted at one point the game was running at 10fps and now is north of 18 patches...which is mind-blowing for a game that was live and available to the public. The official game will be available September 4th and will include, achievements, the Sanhok map will be added to the rotation and a new "war mode" will debut (which is like deathmatch with respawns). A stable, consistent experience combined with the wild unpredictability of other players should make for a vastly improved experience. Now, where did I put that SLR?

Battlefield V - The gameplay showcased was similar to what we saw at E3 and a lot of the details are out of the bag now that the game is in beta. We got a glimpse into the personalization options for this latest installment and it adds a really exciting level of depth and customization to play styles. Basically, you'll be in command of a "company" which has each class (assault, medic, scout, and support). As you play, you'll be able to unlock more combat roles and customize how they play and look. They also announced "Tides of War" which sounds like a series of timed events (similar to other online games) but that run through the history of WWII. Battlefield V is due out Oct 19th.

State of Decay 2 - The "Daybreak Pack" will be available September 12th. You play as a Red Talon soldier with a handful of new range, melee and trap weapons (including MINES. Ill take 10 plz). Your mission is to protect the scientist from waves of the undead, with a couple of new badies to boot, including the Bloodplague Juggernaut. The interesting part of all this is that this game mode doesn't use your own community's resources. However, the prestige points you earn can be applied to it. So grind down the zombie meat and use it to bolster your own community defenses.

Sea of Thieves - The popular Xbox exclusive announced a new DLC world to explore called "Forsaken Shores". In addition to everything else out there (Kraken, skeletons, a megalodon, other players, lighting, excessive drinking...) now the terrain is trying to kill you as well. Forsaken Shores feature volcanic islands that boil the water around them. To get from your ship to shore, Rare has introduced the "rowboat". And of course, there are some devious minds out there already coming up with ways to ruin your day. A tiny, sneaky boat filled with TNT and snakes? A friendly reminder why it's not called "Sea of Friends".

They also announced cursed cannon balls that do everything from locking enemy rutters to massive explosions. There are new Merchant missions that have you carry perishable goods to distant locations. Bottles of rum, fine fabrics, plants. The more they get damaged the less of a return you get when you drop them off. Rare works closely with the very vocal community and have heard the pleas that we need more time with the events, which they are also addressing. Why are pirates always complaining...

Devil May Cry 5 - There was a ton of new gameplay featuring Nero squaring off against a few monstrous demons. We also got introduced to new gameplay mechanics, specifically the "devil breakers". They are types of gauntlets that combo with your melee and ranged attacks. At one point we're pretty sure we saw Nero surfing on his sword...so that's a thing now too. Hopes are high for the 5th installment of this slasher. Its slated for March 8th, but you can play 4 right now on Xbox Game Pass.

Forza Horizon - It's been a while since we've had a solid racing game and fans are clamoring for this latest addition. Horizon boasts new modes like team racing, where the scores are based off the cumulative effort of your squad. The online racing components have been calibrated to reward skill and less about the car stats.

Shadow of the Tomb Raider - Frankly looks like more of the same, but the scope and depth of the tombs have been greatly increased. There are new explorations under water and nearly every step of the way, there are things to stop Laura from learning the secrets of the world. She is in her prime but now the challenges are more intense and abstract, so you'll have to navigate carefully.

See what’s new in Shadow of the Tomb Raider and peep a challenge tomb, The Warrior’s Trial: https://t.co/x4Jfocz2vZ #XboxGC pic.twitter.com/2Dhnk39BoU

Sable - A beautiful game that leans deeply on the illustration style of early European comic books from artists like Mobieus and Herge. Not much to say, but look how beautiful. Likely a Q3 2019 release.

Fallout 76 - An exclusive animated short with our pal Vault Boy. He takes us through how the C.A.M.P system works. Basically, your CAMP robot can help you build and craft anything you need to survive in the wasteland. It also can be packed up and relocated for a few caps. With the game transitioning to an online format, with NUKES that can be used against you and your crew. I suspect you'll have to move around like a hermit crab a few times.

DAYZ  - This brutal survival game is coming to the Xbox on Aug 29th. The proximity chat on this game is unmatched. If the moral conundrums of how to treat other plays doesn't give you a complex, the zombies eating your character might.

Dark Pictures Anthology, Man of Medan - From the acclaimed "Until Dawn" team, "Man of Medan" is a horror game where your choices change the outcome of the game.