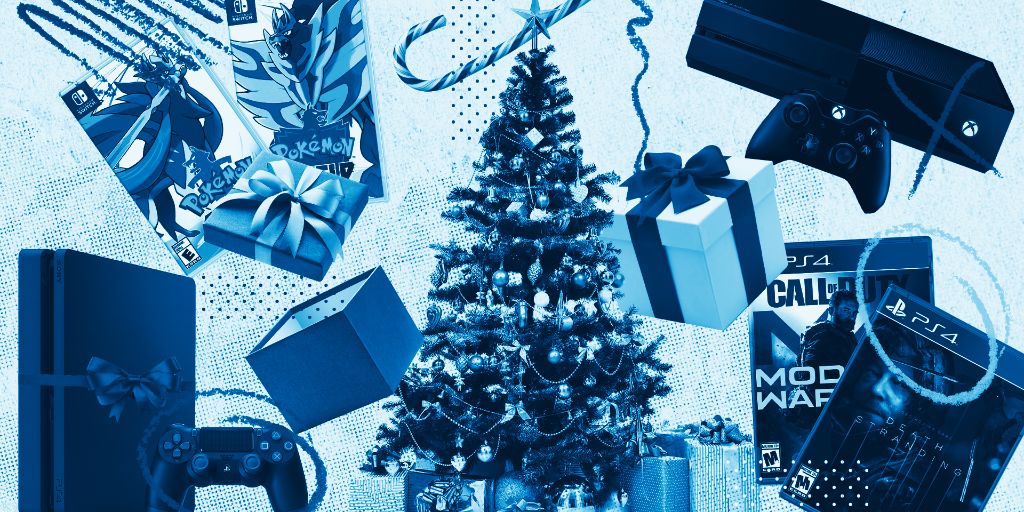 Gaming’s Intrinsic Ties to the Holidays

For years now, video games and the holiday season have gone hand in hand.

Many lifelong gamers credit their love of the medium to receiving their first console as a gift during the holiday season, whether it was a Nintendo Entertainment System, a PlayStation 4, or something in between.

It's all about the buildup: months spent waiting and anticipating the first moment they'd unwrap their coveted first video game system eventually culminated in one magical moment. You've probably been there, if not with a video game console then with another item you'd been looking forward to for some time.

Imagine it: a multicolored gift, wrapped with curly ribbons and a shiny bow, impeccably packaged. A few shreds of wrapping paper on the floor later, and that expensive recreational item so many young gamers had been coveting all year is finally revealed: a shiny new Sega Genesis or a GameCube. The models have all been different, but the sentiments have always been the same.

In anticipation of these momentous occasions—some of which have since been immortalized in time, like the massively popular "Nintendo 64 Kid" meme—video game manufacturers seem to have shifted their release schedules to ensure the newest and greatest consoles are available around the holidays. As such, there's a warm, nostalgic feeling tied to the holiday season, much like you might attribute to repeated viewings of films like It's A Wonderful Life or Rudolph the Red-Nosed Reindeer. Gaming and the "most wonderful time of the year" have become as important to each other as peanut butter to chocolate or peanut butter and jelly.

Video game and gardening enthusiast Katherine Tharp recalled the first time she truly fell in love with a video game, at a childhood holiday party with her family.

"My mom got my brother and I a PlayStation, and we played Spyro the Dragon forever that first night," she shared. "Then we both got in trouble for sleeping in the next day when we were supposed to go to my grandma's house the next morning."

Tharp confirmed she received the PlayStation later in its release cycle, as her parents had decided she and her siblings didn't need to get into gaming as soon as the influential system had been released. There had been some dissent between Tharp and her parents on that subject, as they insisted she didn't need to get into the hobby. It seemed her mother had something of an about-face when she ensured Tharp and her sibling would have a PlayStation under the tree that year.

"Mom finally came around on Christmas, and Dad had no idea about it. I think he was just as excited as we were," she said.

So it makes sense that, as she confirmed, Katherine always associated receiving the PlayStation with positive, happy memories around the holidays, as she still does years later. She credits the excitement surrounding getting her first video game console with what eventually spurred her to continue collecting new games later on in life, and now she plans on continuing the tradition with her young son and daughter with modern consoles as they grow old enough to play video games.

Sierra White recalled a childhood gift of a classic Game Boy handheld that helped her focus on getting through a holiday rough patch that she would have otherwise associated with one of the darkest times in her life.

"My grandma surprised me with a gray Game Boy—you know, the old fat one—a week or so after I found out my grandpa passed away," White shared. "She told me he had wanted me to have it for Christmas, and it was the only reason I wasn't crying through the entire party my family threw that year."

This is a story that's echoed throughout several game fans' histories, and likely others you may know. The holidays have either amplified a love for gaming or simply tie into them so perfectly that even gaming manufacturers dial into it themselves.

It's a trend that shows no signs of stopping—in fact, it's only on track to continue ramping up to a fever pitch. Fall is the biggest season for video games by far, with the year's most-hyped releases typically falling within the fall calendar, save for a few exceptions sprinkled throughout the beginning of the year to escape the often crowded debut schedule that fall brings.

There are still huge releases on the horizon for the first quarter of 2020, with Final Fantasy VII Remake about to drop in March and CD Projekt RED's Cyberpunk 2077 scheduled to debut in April. This will keep the momentum going long enough to capitalize on the systems sold through during the holidays, no doubt a shrewd business move. But with all the happiness still flowing after Christmas and the like, it makes total sense.

In 2020, hardcore gamers are looking forward to Microsoft's Project Scarlett, the next iteration in the Xbox family. While it has yet to receive an official name, it's managed to attract a massive prospective audience, especially with its projected December 2020 release date. It's likely it'll squeak out just before Christmas and the other major holidays around then. Similarly, Sony's PlayStation 5 is targeting a holiday 2020 debut, which was announced via the official PlayStation Blog. Next holiday season, fall will likely look like another lineup targeting the new wave of consoles so the cycle can begin anew.

And now, at least for the foreseeable future, gaming and the holidays will continue to be as inseparable as milk and cookies for dear old Santa Claus—totally not your parents, kids.