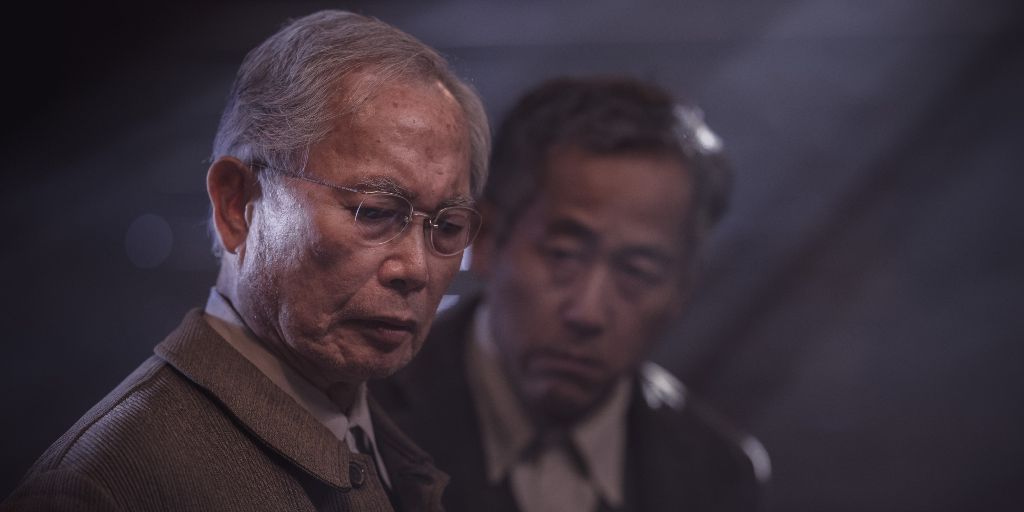 The old screenwriter's adage—write what you know—means there's never been a shortage of movies and television shows that reflect their current off-screen realities. But sometimes a show depicting a historical era can have special resonance in today's world. Such is the second season of AMC's anthology series The Terror, subtitled "Infamy," which spins a horror tale surrounding the World War II Japanese internment camps following the attack on Pearl Harbor.

Starring on the show and also serving as a consultant is actor George Takei (Star Trek, Heroes), who has spoken openly for years about his family being forced to live in two different internment camps during World War II. He thinks the events of The Terror are incredibly prescient to what's currently happening with America's immigration crisis, telling the 2019 TCA summer press tour that if the Japanese internment camps are a black spot on the country's history, we've reached a new low with the detention centers at the southern border.

"What we have is this endless cycle, the repetition of this kind of horror, injustice being inflicted on minority people. And we see it again today on our southern borders. But we've reached a new, grotesque low. [In 1942] we were together with our parents. Our families were intact. What we see today now is this incredible inhumanity of children being torn away from their parents and some being scattered in the outer far reaches of the United States from where they were torn away," says Takei, citing a New York Times story about an infant taken from his father at the border and spending months separated before authorities reunited them. Many families still have not been reunited.

"I hope this show...will remind people that this is still existing today. It is our hope that enough people, enough Americans seeing this will try to keep this sort of thing from recurring in the future of this country to make it better, truer democracy," says Takei.

Showrunner Alexander Woo adds that he thinks this kind of story will always be relevant, because it's the story of an immigration experience that people have gone through in the past, and always will. 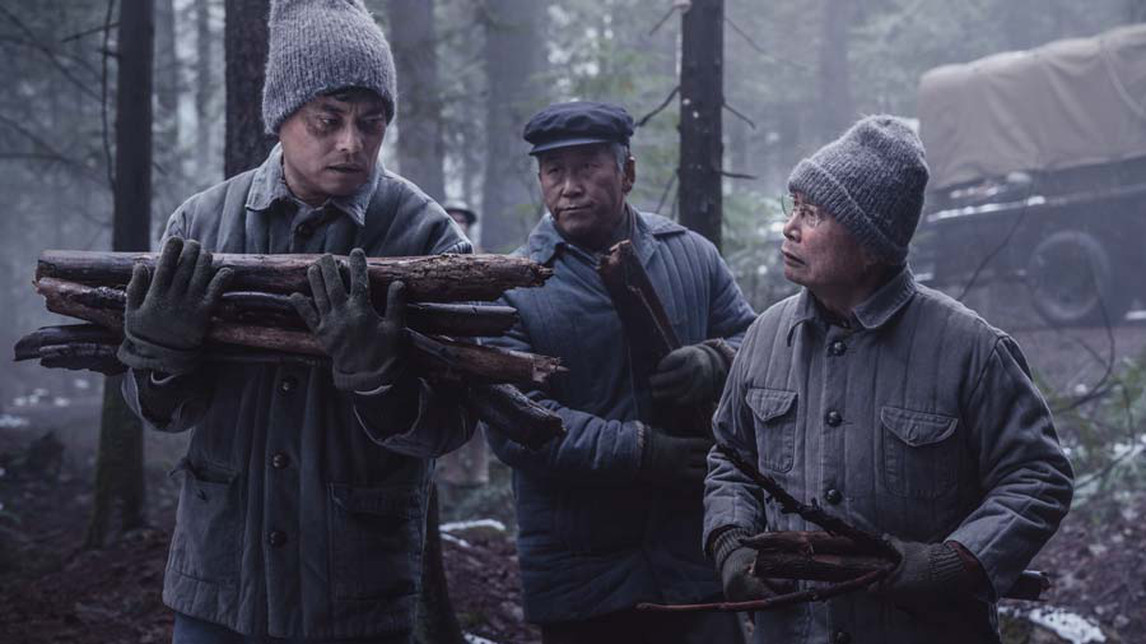 "The story of the internment would be relevant in almost any context because it speaks to an immigrant experience that was relevant 30 years ago, probably will be relevant 100 years from now," says Woo. "The fact that we are at this moment in our history now makes it particularly poignant and relevant. But George has been working to bring awareness to this story for decades because there is a lesson to be learned from this no matter what the current political situation is."

Takei goes on to say that this isn't only reflecting the American experience. These kinds of internment and detention can be seen around the world.

What we have is this endless cycle, the repetition of this kind of horror, injustice being inflicted on minority people. And we see it again today on our southern borders.

"To expand this internationally, in China, in Western China, the Uyghurs, Chinese Muslims, are being imprisoned in the, as they call it, 're-education camps.' They are concentration camps. Three million Uyghurs, Western Muslim Chinese are being imprisoned to be re-educated, another horrific atrocity being carried on in another part of this world," says Takei.

In bringing this story to TV, the producers wanted the stories to be authentic, of course, but they also wanted sets and costumes to reflect the real experience — and sometimes they were a little off the mark with their first attempts. Woo tells a story of how Takei got to set and told them the mess hall was too nice. 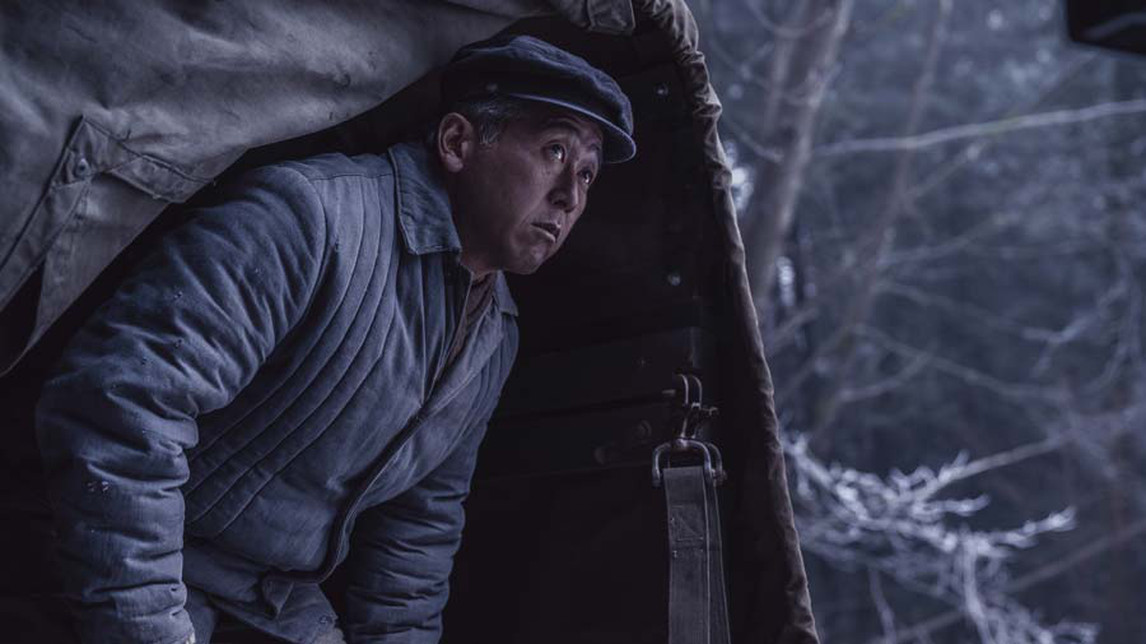 "This is one of the advantages of having George here because the first day we shot in that mess hall, he said these dishes aren't chipped enough. So we went and chipped a bunch of dishes so that we could have it completely authentic, but that’s the luxury of having George Takei," says Woo.

Takei adds, "What I remembered were chipped, cracked. Some of the plates leaked the juice of the slop that they put on it. And so we corrected that. And the cooks were dressed in very neat, sanitary, white caps just like the restaurant workers. The way I remembered it was they — It got very sweaty in the kitchen and they had what we call hachimaki, headbands, white cloth, and they were in undershirts. So we tried to tweak that a little bit so that I recognize it. But the extent of the details was really impressive."

In actuality, this isn't Takei's first foray into bringing his personal experience with the World War II internment camps to a project. In 2015, he starred in the Broadway musical Allegiance, which was based on his family's experience being relocated from their home in California to an internment camp in Arkansas. Entertainment Weekly called it an "important show with a phenomenal cast" that "deserve[d] to be seen."The Terror: Infamy is getting a similar critical response.

Part of what makes The Terror so important and relevant is its authenticity, something that the producers went to great lengths to get right. Costume designer JR Hawbaker says that the crew spent time with as many internment camp survivors as they could in order to get their first-hand accounts of what they went through.

"I spent a really long time...sitting and speaking to as many people who were still alive and remembered their stories. I sat in their homes. I looked at the family books. I sat down with Yamamoto-san, who was a 101-year-old survivor from Terminal Island and Manzanar, and he sadly just passed away, but we were one of the last people to come into his home and interview him," says Hawbaker, adding, "We really, really paid attention to the details and felt like we had to go straight to the homes of people who could still remember this, like George, and give us details that would help put you there."

The story of the internment would be relevant in almost any context because it speaks to an immigrant experience that was relevant 30 years ago, probably will be relevant 100 years from now.

Takei is not the only Terror cast member with personal connections to the internment camps. Star Derek Mio's grandfather was imprisoned in the internment camps as well and he hopes that this show will bring that story to life — with the added horror framework to underscore the horrific real-life event.

"When I first heard of the concept of this season, I just thought it was so brilliant because there are so many layers that are playing at hand," says Mio. "You have the terror that's a mysterious figure haunting this community. You have the terror of the government and its own citizen. You have different relationships breaking down. And the horror that you feel that these characters are going through is brought to life and it's made more visceral. So it just adds to that whole experience of this community. And so, hopefully, you can see that these are people just like anyone else. They might not look like your traditional television cast, but they’re human. They have families. They have loved ones and they'll do anything to protect them."

The Terror: Infamy premiered Aug. 12 and airs every Monday at 9 p.m. ET/PT on AMC. While it's not necessary to have seen the anthology's first installment—about Captain John Franklin's lost Arctic expedition in 1845—to enjoy the second season, you can watch season one of The Terror now on DIRECTV.