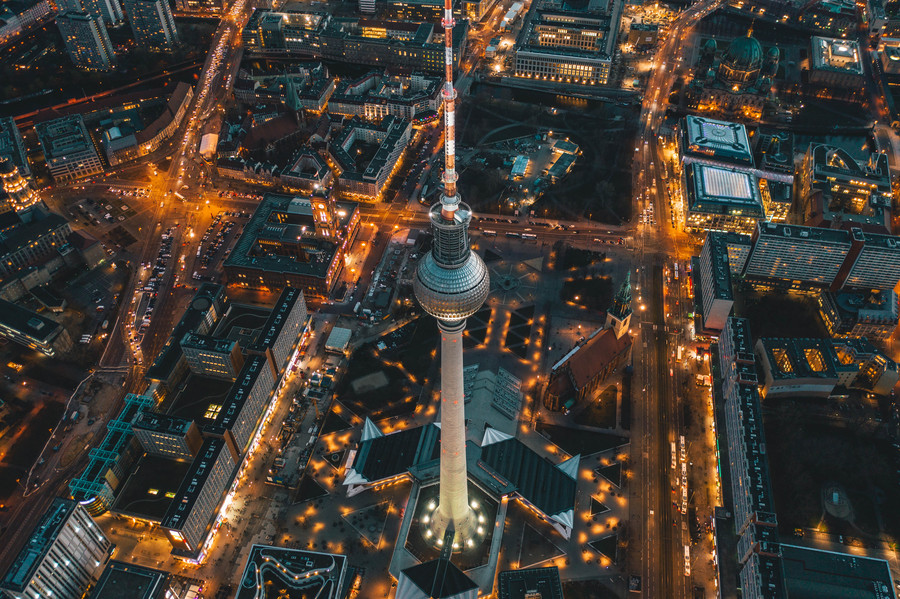 Since the silent era of film, German directors have been mesmerizing audiences around the globe. Inspired by the expressionism movement in fine arts, German expressionism took hold in the 1920s, ushering in the genres of horror, thriller, and suspense and influencing filmmakers worldwide.

While period dramas, romantic comedies, and other mainstream stories grew more popular, other arthouse movements evolved in parallel to rising social and political unrest before making way for the New German Cinema of the '60s.

Let’s take a look at some of the country’s most important movies throughout history and today:

Once dubbed the “Master of Darkness” by the British Film Institute, Lang was one of the most important filmmakers to emerge from Germany’s school of expressionism. Originally from Vienna, Austria, Lang relocated to Berlin after WWI to work as a writer and director with various film studios before emigrating to the United States and spending the rest of his fruitful career in Hollywood.

Regarded as cinema’s first psychological thriller and “the blueprint for the serial killer movie,” “M” tells the story of a child murderer who wreaks havoc on Berlin. Played by Peter Lorre, the criminal finds himself at the center of a manhunt run by the city’s law enforcement — as well as its underground mobsters.

With a 100% approval rating on Rotten Tomatoes, The Times calls the movie Lang’s “greatest creation…[and] one of the most disturbing movies of his, or any, film-making era.”

When it debuted back in 1933, the New York Times hailed “The Testament of Dr. Mabuse” as “a hallucinating and horrifying story, depicted with great power and the extraordinary beauty of photography that Lang has led his admirers to expect.”

His talent for imbuing simple moments with terror and suspense — many of which make their way into the film as well. And paired with themes of psychological conflict, paranoia, and moral ambiguity, it has all the makings of the film noir classic he became known for.

A prominent figure of the New German Cinema movement — strongly influenced by the French New Wave and Godard in particular — Fassbinder did everything from writing, acting, and directing to editing, music composition, and production design. In less than 20 years, the prolific filmmaker made 40 movies, two TV shows, three shorts, and 24 stage plays, reflecting his early beginnings in theatre.

With “The Bitter Tears of Petra von Kant” and 1979’s “The Marriage of Maria Braun,” Fassbinder’s status as a film artist and auteur took root. Considered by critics to be landmarks of European cinema, this highly stylized film follows the romantic and personal life of a narcissistic designer through the lens of power dynamics, role-playing, and, ultimately, human loneliness and the desire for connection.

Time Out says Fassbinder “films in long, elegant takes, completely at the service of his all-female cast, who are uniformly sensational” and have since attained cult status among the LGBTQ+ community and cinephiles at large.

This heartbreakingly beautiful film tells the story of a German cleaning woman who unexpectedly falls in love with and marries a Moroccan man half her age — to the horror of her friends and family. To execute the masterpiece, which was shot in just 15 days, Fassbinder not only directed but also wrote, produced, acted, and composed the soundtrack.

Critics continue to praise the actors’ performances, and with a 100% approval rating on Rotten Tomatoes, the movie is still “timely and affecting as ever…[in its] bleak dissection of race, age, gender, bigotry and hate.” (See also: “Fox and His Friends,” “Satan’s Brew,” “Lola” and “Querelle.”)

This article wouldn’t be complete without mention of another pioneer of New German Cinema, the great Werner Herzog. Over the course of his storied career, he’s created over 60 feature films that span and defy genre. The master storyteller dove into a wild array of narratives and subject matter, finding a way to make everything he does endlessly fascinating.

Certified Fresh with a 96% rating on Rotten Tomatoes, this critically-acclaimed documentary gives viewers a chance to see inside the Chauvet Cave in France, where the walls are a canvas for the world’s oldest and most incredible example of human creative expression.

It's told as only Herzog can, through deep reflections on the nature of humanity and interviews with scientists and art scholars. Originally released in 3D, the 30,000-year-old drawings come to life in this “journey to prehistory that's simultaneously wondrous and tedious, profound and completely nuts -- which is to say, quintessential Herzog.”

One of the most famous films to come out of Germany’s silent era, Georg Wilhelm Pabst’s “Pandora’s Box” remains “a shocking (and shockingly rare) study in female power” to this day. Critics have called it “one of the most socially acute, sophisticated films of its era, [and] a prime example of the urbane, knowing German-Austrian film tradition” with Louise Brooks’ unforgettable performance as a hedonistic, sexually liberated woman being one of the main reasons to watch.

A major figure of New German Cinema and president of the European Film Academy, Wim Wenders’ body of work deserves a close look by anyone interested in German cinema or foreign films. His 1987 masterpiece “Wings of Desire” (the basis for 1998's Hollywood flick “City of Angels”) has been called one of his greatest achievements and “a sublimely beautiful, deeply romantic film for our times.” See his documentaries “Pina” and “The Salt of the Earth," which will also take your breath away.