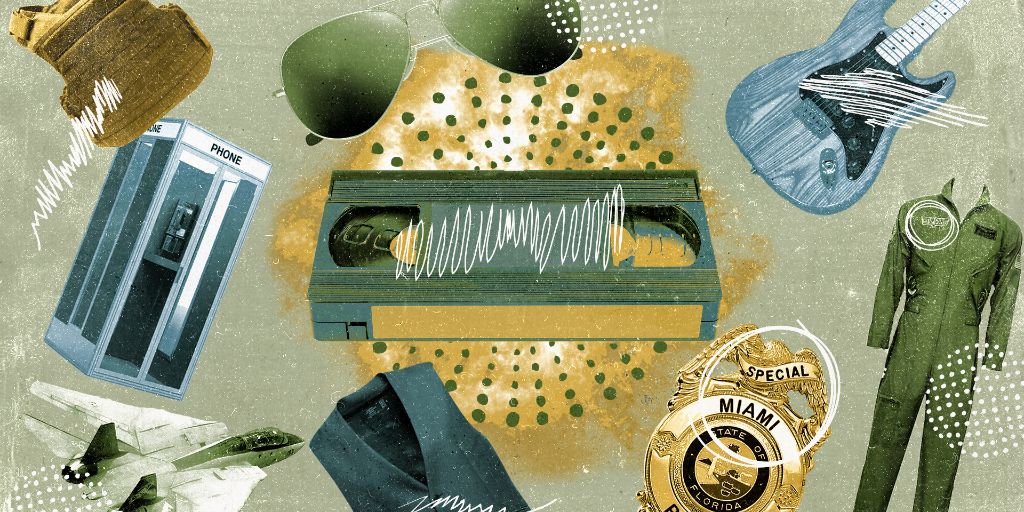 Getting the gang back together: 2020’s long-awaited sequels

If the 2010s were the decade of reboots (two fresh new takes on Spider-Man!), the next ten years may see Hollywood return to a time-honored technique of preserving its intellectual property: the sequel. And in an era where it’s almost impossible to get anything new greenlit, studios are going even more postmodern, revisiting franchises with their original casts. 2020 will welcome back (among others) the Bad Boys, Top Gun, and Bill & Ted’s franchises. How can these sequels succeed so many years later, with new directors at the helm, and with stars that could use varying degrees of The Irishman's de-aging magic? Here’s a look at what to expect.

The franchise’s first two installments, Bad Boys (1995) and Bad Boys II (2003), grossed over $400 million combined, and continued a long tradition of impossibly cool action sequences set in Miami. The films follow Will Smith and Martin Lawrence, two detectives in over their heads with a knack for inventively deployed profanity. While their dialogue and plot might be stale in other hands, the beauty of the first two Bad Boys films comes from watching Will Smith’s transformation from budding movie star who raps sometimes to, well, Will Smith.

In Smith’s first commercially successful feature, he proves himself magnetic enough to carry a franchise. Paired with first-time feature director Michael Bay’s smooth action, the film moves with undeniable swagger. Regardless of how you feel about Bad Boys having unleashed Bay on the world of cinema, his pacing, crashes, explosions, and shootouts look as sharp as anyone’s. With the first installment, and the sequel’s ten-times-bigger budget, Bay created the style that would come to define the action genre for the next 20 years.

Which brings us to today. It’s much harder to get people in theaters—even Bay has made the move to Netflix. But while Will Smith may have lost some of his new-toy sheen, he’s still, well, Will Smith, as charming as ever. And let’s not forget Martin Lawrence, who, to borrow from another buddy-cop franchise, may have gotten too old for this s---, but promises to pack a counterpunch as the exasperated but somehow overconfident Marcus Burnett.

If action directing duo Adil El Arbi and Bilall Fallah can do their best Michael Bay impression—the trailer goes three for three on cars, explosions, and one-liners—Bad Boys for Life should be a pleasure to watch on the big screen.

Arguably the defining blockbuster of the eighties, the original Top Gun (1985) thrives on its indulgence to the point of excess. The film stars a young Tom Cruise as Maverick, a fighter pilot with a chip on his shoulder on a quest to win the Top Gun Trophy awarded to the best fighter pilot at the Naval Academy. It perfectly encapsulates a very particular, very eighties kind of over-the-top culture, hypermasculinity verging on (unintentional?) homoeroticism. With the attention it pays to male bodies, Top Gun—like Bad Boys, a Jerry Bruckheimer production—is a celebration of manhood, made by men to be consumed by other men.

Top Gun: Maverick, its direct sequel, will have a harder time getting away with the same attitudes amidst a dramatically different American consciousness. Though Tony Scott’s direction of aerial stunts in the original film holds up to the modern eye, it's hard not to see most of Top Gun as incongruous with today's sensibilities. Its women are window dressing with little to no agency of their own. The Americans are dripping (sometimes literally) with superiority. And the bad guys are cannon fodder. While it once exemplified Reagan-era Americana, it's now a time capsule of a supercharged, simplified patriotism that presents itself most prominently for most people at Super Bowl jet flyovers.

Then again, the more things change...though the hostile force in the sequel goes unnamed, the implication is clear that they are meant to be Russian or Russian-aligned. The Soviet Union may have fallen, but nothing stays dead in Hollywood. It'll be interesting to see how our political reality affects change in Top Gun: Maverick—or doesn't.

The pleasure of watching the Bill & Ted’s franchise parallels that of Keanu Reeves’ career itself. In total control of his own self-parody, Reeves has transcended the limitations initially placed on him by our public perception of his ubiquitous, stuporous “whoa.” More than 30 years into his career, Reeves’ restrained performances successfully read as either stone-cold action hero or lovably undecipherable doofus.

Bill & Ted’s Excellent Adventure (1989) and Bogus Journey (1991) utilize a young Reeves as the latter, perpetually stoned ignoramus William "Bill" S. Preston, Esq. 2020’s Bill & Ted Face the Music will see the duo take on another adventure after years of less-than-exciting middle-aged minutia. The film is expected to follow the now middle-aged dad duo’s realization that, despite traveling through time and defeating the Grim Reaper, they’ve yet to create the music that the future Wyld Stallyns Utopia depends on. Will Bill & Ted Face the Music be able to honor the childish spirit of the original films with the same principal actors thirty years later?

We’re guessing Reeves, now verifiably in on the joke, will be up to the task. After The Matrix made him one of Hollywood’s highest-paid stars, Reeves experienced a fallow period, possibly related to that film’s sequels. Now, like Neo, he’s seeing all the ones and zeros, and they’re telling him the same thing we are: Dude, just be Keanu.

In fact, he’s just getting started with Bill & Ted. On May 21, 2021, Keanu-heads will get to choose between Matrix 4 and John Wick 4. Everything’s coming up Reeves!

These three sequels are worth the wait and worth checking out in 2020, even if only to hang out with your old pals Will, Keanu, and Tom one more time. In the meantime, catch up on all three franchises with DIRECTV.