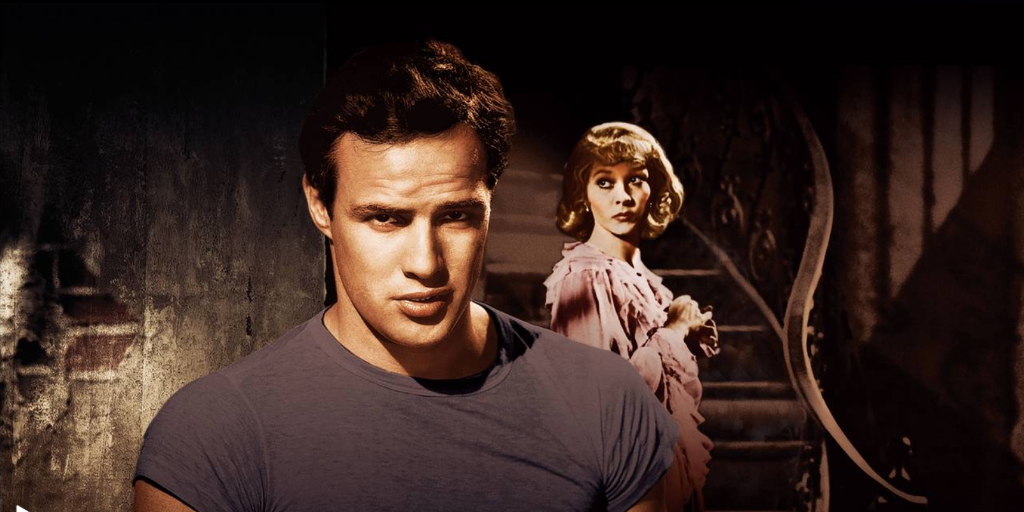 With curtains drawn on Broadway until 2021, theatre-lovers are stuck at home, thumbing through past Playbills. But with a range of cinema that brings the stage to digital streaming, there’s more than enough entertainment to tide them over. Since Shakespearean silent movies and the dawn of filmmaking, plays have been adapted for the screen. Here’s a list of award-winning works by some of America’s most gifted minds that have been transformed by Hollywood’s greatest talents.

Lauded as “the most revealing play ever written” when it first debuted on Broadway in the late 1940s, "A Streetcar Named Desire" was the first theatrical work to openly deal with issues of mental illness, domestic abuse, class struggles, and cruelty. Never one to shy away from raw emotion, Tennessee Williams’ characters display the full spectrum of human behavior in three acts that became one the most critically successful plays of the 20th century.

Elia Kazan’s adaptation stars the same actors that opened on stage in New York and London premieres, with Marlon Brando and Vivien Leigh among them. A winner of four Academy Awards — including three for acting — this is a film that deserves a watch and rewatch, time and time again.

The fourth and final of playwright Spalding Gray’s series of monologue concert films — the term for movies that feature and are based on an extended live performance — "Gray’s Anatomy" takes its name from a classic human anatomy book. Directed by Steven Soderbergh, the story follows Gray’s diagnosis of a rare eye condition and his subsequent dive into a variety of treatment options that take him around the globe and into the depths of his extraordinary mind.

Winner of the Pulitzer Prize for Drama, Tony Kushner’s critically-acclaimed play, an exploration of homosexuality at the height of the American AIDS epidemic, premiered on Broadway in the early 90s. 20 years later, HBO Films adapted the work into an Emmy and Golden Globe-winning miniseries starring Meryl Streep, Al Pacino, Emma Thompson, Mary-Louise Parker, and a host of other Hollywood talent. The powerful film works its magic through supernatural storytelling and serious acting chops, with the eight leads each playing a double role to keep true to the original script.

Another Pulitzer winner, "Proof" — originally written by David Auburn, who also helped adapt the screenplay — tells the story of a daughter and late father who share the blessing and curse of mathematical genius, along with an ex-graduate student (played by Jake Gyllenhaal) who’s keen to continue where his prodigy professor left off. Co-starring Gwyneth Paltrow and Anthony Hopkins, the film deals with themes of mental illness, family ties, love and the pursuit of knowledge, and received a positive critical response when released.

John Patrick Shanley’s Pulitzer and Tony-award winning 2004 play takes place at a Roman Catholic elementary school and centers around the friendship between a priest and the school’s only Black student, along with growing suspicions among the head nuns. Adapted into a hit Hollywood film starring Meryl Streep, Amy Adams, and Philip Seymour Hoffman, the story explores the depths of truth and lies, right and wrong, and, naturally, certainty and doubt.

A mostly autobiographical play by Larry Kramer, "The Normal Heart" is another work that focuses on the HIV/AIDS crisis of the early 1980s. HBO’s 2014 film adaptation stars Mark Ruffalo, Matt Bomer, and Julia Roberts in a moving portrait of unrelenting activism and one person’s fight to change the lives of many. With a score of 94% on Rotten Tomatoes, critics agree that “[t]hanks to Emmy-worthy performances from a reputable cast, 'The Normal Heart' is not only a powerful, heartbreaking drama but also a vital document of events leading up to and through the early AIDS crisis.”

One more HBO Films adaptation comes from American actress, academic, playwright and Tony and Pulitzer-nominee Anna Deavere Smith. Her groundbreaking work, "Notes from the Field", draws from 250 interviews taken across the United States and breaks down issues of race and class through “personal accounts of students, parents, teachers and administrators caught in America’s school-to-prison pipeline.” Smith’s one-woman show sees her embody a variety of characters before shifting to an interactive audience experience in the stage version. But live and on film, she quotes an especially inspiring young man who sums up her mission best and which is more relevant today than ever: “We can’t wait for the leaders to make it better. We have to make it better.”