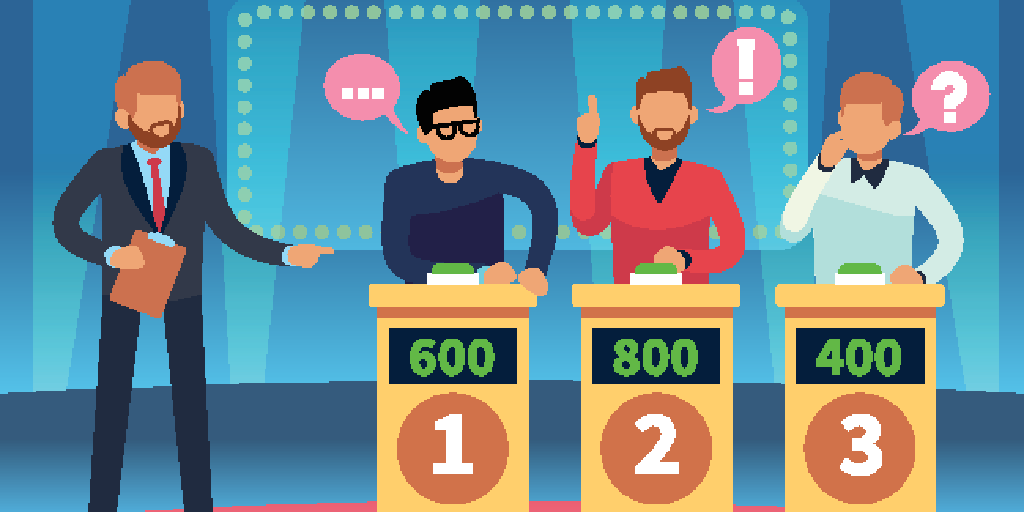 Greatest ‘Jeopardy!’ Player of All Time? Holzhauer, Jennings and Rutter to Do Battle in Prime-Time Contest for $1M Prize

"Jeopardy!" fans, prepare yourselves: A face-off among the three titans of televised trivia — Jennings, Holzhauer and Rutter — is coming to your TV this January.

In what is being billed as "Jeopardy! The Greatest of All Time," the epic event will feature the three highest money winners in the game show's history in a multiple-day, prime-time competition to air on ABC starting Jan. 7.

Naperville, Ill., native James Holzhauer, Ken Jennings and Brad Rutter will compete in a series of matches hosted by Alex Trebek. The first to win three games receives $1 million and bragging rights to being the greatest player of all time.

The second- and third-place contestants will each receive $250,000.

"We're excited to bring 'Jeopardy!' to prime time. It's been a long time in the making," said Mike Hopkins, chairman of Sony Pictures Television, in a news release. "We wanted to create a unique experience sure to wow not just our fans, but all audiences. We are thrilled to have James, Brad and Ken, three powerhouse players each worthy of the title 'The Greatest of All Time.' With Alex hosting this is truly going to be something special. I can't wait to see who comes out on top!"

Holzhauer, who grew up in Naperville and is now a professional sports gambler in Las Vegas, won the 2019 Tournament of Champions last week and holds the record for all 15 of the top single-game winnings records on "Jeopardy!"

Rutter has never lost on "Jeopardy!" to a human opponent (the show capped consecutive wins at five days in 2000 when he played). He is the highest money winner of all time on any television game show, with total "Jeopardy!" winnings of $4,688,436.

"Based on their previous performances, these three are already the 'greatest,' but you can't help wondering: Who is the best of the best?" Trebek said in the release.

Having Holzhauer as the third player is seen as a better three-way match than the one in 2011 in which Jennings and Rutter competed against the IBM Watson computer system. The computer won, which is why Rutter says he's never lost to a human on the show.

Holzhauer competed against Rutter in 2014 when both participated in the Trivia Conferences of North America in Las Vegas.

The two went head-to-head in a 2-on-2 game of Kno'dgeball, a combination of a quiz game and dodgeball. Players earn points for answering questions and hitting their opponent with a ball.

Holzhauer's brother, Ian, who lives and works in Naperville, said he is just coming down from James' Tournament of Champions win Nov. 15.

"It's going to be extremely exciting. I don't think anyone knows who's going to win," he said. "My guess it will come down to the timing of the Daily Doubles."

James Holzhauer earned a reputation for this ability to buzz in quickly and to accumulate money quickly by aggressively finding and wagering big on Daily Double answers.

Ian Holzhauer said he always knew his brother was great at trivia, and it's an honor for James to be listed alongside "Jeopardy!" greats like Jennings and Rutter.

"I know he has tremendous respect for Ken," he said. "Brad is well respected in the trivia world."

This article was written by Suzanne Baker from Naperville (Ill.) Sun and was legally licensed via the Tribune Content Agency through the NewsCred publisher network. Please direct all licensing questions to legal@newscred.com.