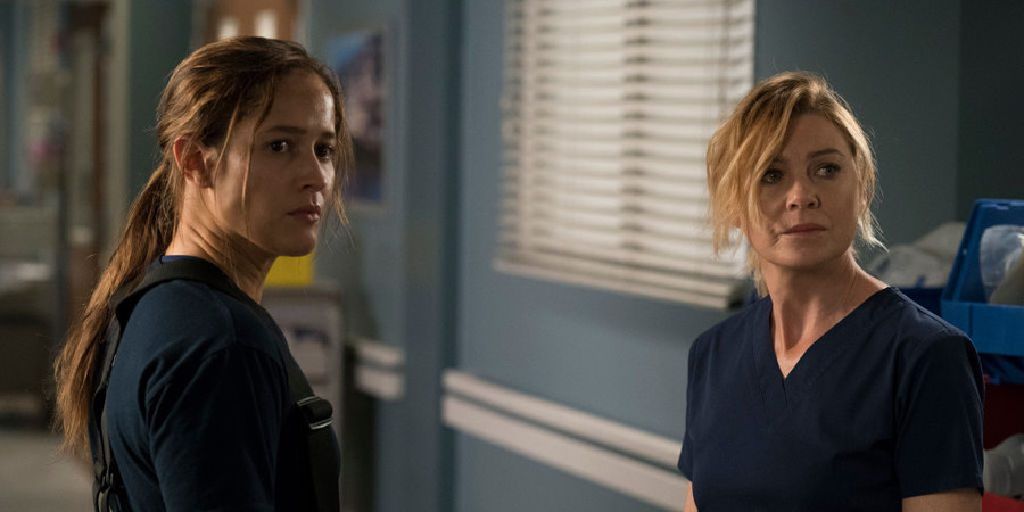 With Shonda Rhimes now under a big Netflix deal and one of her ABC shows going off the air this year, Grey's Anatomy and Station 19 are the only shows she has left at the Mouse House. Because they are the only two left and have crossed over with each other before, are more crossovers coming?

'Grey's Anatomy' will air at a new time now

Grey's Anatomy is now moving to the 9 p.m. slot. There will only be two Shondaland shows on ABC now. This will allow for continued synergy between Grey's Anatomy and Station 19.

It is also worth noting that a while back, it was announced that Grey's Anatomy showrunner Krista Vernoff would also now be heading both shows, which is allowing the overlap to increase, as well. Vernoff teased this overlap in November, telling Deadline, "We don't want to do it every week, we don't want to create a mold, we don't want to fall into any kind of pattern, we don't want people to ever know what to expect." She continued, "We have found many different, really quite exciting and fun ways to interact between the two shows."

Station 19, now at 8 p.m., is swapping slots with Grey's Anatomy. A Million Little Things is getting the 10 p.m. slot that once belonged to How to Get Away with Murder. The long-running Viola Davis legal thriller is wrapping up its series run in May. Before its midseason break, the show introduced a killer twist that will make its wrap-up story very intriguing.

Expect a lot of crossovers

On Jan. 8 at the Television Critics Association press tour, ABC entertainment president Karey Burke talked about Grey's Anatomy and Station 19 and the crossovers that should be anticipated.

"You will start to see relationships emerge between characters that exist in the Station world and the Grey's world in really organic ways," she said.

Burke continued, "I am incredibly impressed by what Krista and her team have done to make those worlds feel very seamless in an organic way, not feel forced. And then we will have throughout the Season 4 tentpole events that revolve around big emergencies that would naturally start with first responders (on Station 19) and end up in the hospital (on Grey's) and will take the storytelling to a two-hour block."

Grey's Anatomy returns from its midseason break on Jan. 23. Station 19 will premiere its third season on the same night.

This article was written by Trey Mangum from The Cheat Sheet and was legally licensed through the NewsCred publisher network. Please direct all licensing questions to legal@newscred.com.