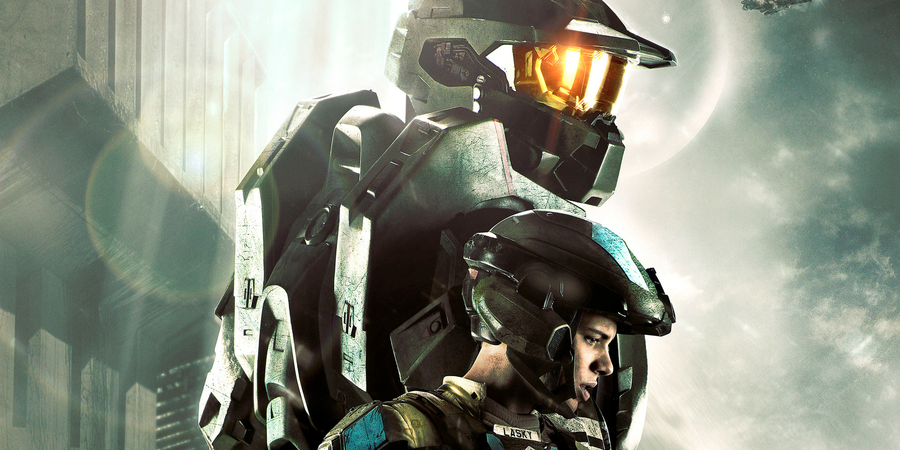 The Halo live-action TV series is a go at Showtime. The network has ordered 10 hour-long episodes, which will begin production in 2019. The series comes from Rise Of The Planet Of The Apes director Rupert Wyatt, Awake creator Kyle Killen, and Steven Spielberg's Amblin Entertainment.

Wyatt is set to direct multiple episodes of the series. We don't know yet when the series will take place, although there's plenty of material to borrow from a franchise that's spread from games to books, anime, and comics. What is clear is that there's A LOT of Halo on the way. On top of the new TV series, the next video game, Halo Infinite, was just announced a few weeks ago.

“Halo is our most ambitious series ever, and we expect audiences who have been anticipating it for years to be thoroughly rewarded,” said David Nevins, President and CEO Showtime Networks. “In the history of television, there simply has never been enough great science fiction. Kyle Killen’s scripts are thrilling, expansive and provocative, Rupert Wyatt is a wonderful, world-building director, and their vision of Halo will enthrall fans of the game while also drawing the uninitiated into a world of complex characters that populate this unique universe.”

Microsoft first announced at E3 2013 that they'd reached a deal with Spielberg and Showtime to produce a series based on the legendary game franchise. Since then, updates on the status of that series had been few and far between until now.

This isn't the first time Halo has been up for the live-action treatment, either. You may also recall that Peter Jackson and Neill Blomkamp also tried to get a Halo movie off the ground, but a creative war between several studios ended the project before it could truly begin. Elements of Blomkamp's Halo project can be seen in several of his movies, such as the South African setting in District 9 and the ring-shaped spaceship in Elysium.

We'll keep you updated as we learn more!

This article was written by John Saavedra from Den of Geek and was legally licensed through the NewsCred publisher network. Please direct all licensing questions to legal@newscred.com.