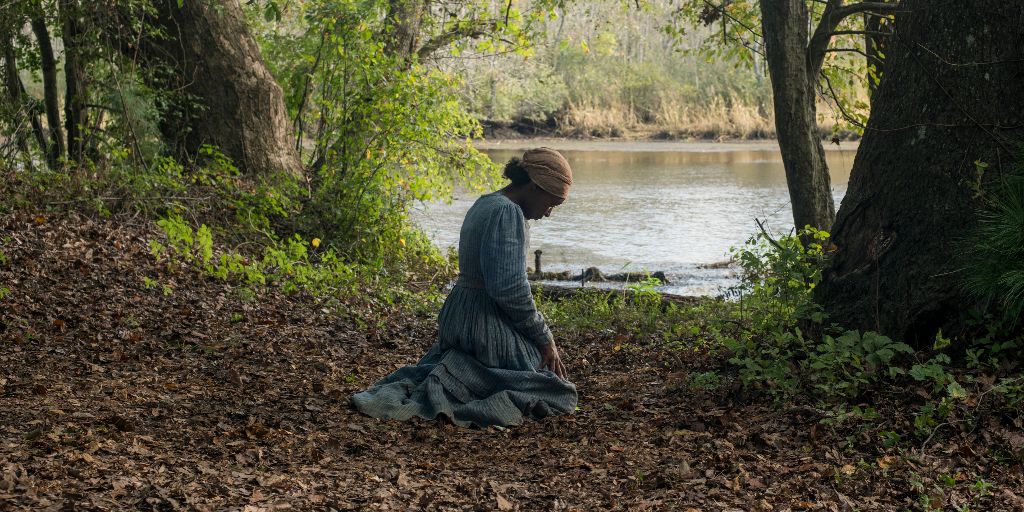 Cynthia Erivo is stepping into the spotlight — and so is Harriet Tubman.

As the end credits rolled at the Los Angeles premiere of "Harriet" at the Orpheum Theatre on Oct. 30, the actress suddenly appeared onstage, lit by a single spotlight. Instead of the recorded version of her original song "Stand Up," attendees were treated to a live performance of the track as Erivo belted the tune while images of her co-stars appeared on the big screen behind her. She was then joined by a choir that filled the stage and the balconies of the theater.

It was a magical moment to witness — just one of the big moments Erivo is celebrating right now. Already an Emmy, Grammy and Tony winner for her work in "The Color Purple," Erivo takes on her first leading film role, starring as American icon Tubman and garnering best-actress Oscar buzz for her performance.

"It's just a wonderful time," Erivo told Variety of the flurry of opportunity and attention around her. "It's a dream come true."

Another dream realized is seeing Tubman's story finally brought to life on the silver screen. Made more than a century after her death, "Harriet" is the first feature film about Tubman, who crossed hundreds of slaves — and herself — into freedom.

"I feel so happy that the audience is about to see the Harriet that I've come to know for the past two and a half years," director Kasi Lemmons said, sharing that the film dives much deeper into Tubman's story than what most audiences know from history books. "There's a scene at the beginning of the movie where you'll see something that I think is incredible, which is that she hired a lawyer to try and prove that her mother should be free. When you're talking about resistance, and people trying to deny that there was a resistance, this is someone who tried to resist in every way possible."

Joe Alwyn, who plays the fictionalized slaveowner Gideon Brodess, admitted that he didn't know much about Tubman, growing up in the U.K.

"When I read the script, I was shocked that there hadn't been a film made about her before," Alwyn said. "Just the amount of courage and bravery that she showed and the hurdles that she overcame emotionally, physically. It really is like a superhero, the strength that she showed in the face of all adversity. You know she's phenomenal."

"She's an American hero and I'm so honored we're honoring her. ... It's overwhelming," she said. "I could actually cry at the thought of it. How could this woman be so selfless, so fearless, the epitome of it? When people say, 'I'm fearless' — no, she lived it, she walked it."

Sharing what she learned from playing Tubman, Erivo said, "Even if you feel like you're the smallest, most insignificant thing, you still have the power within you to change the world. Harriet didn't have many means and she was 5 foot, I'm 5 foot 1. … There's a responsibility to find the thing that you know is right and keep searching for it, keep going for it."

"Harriet" is in theaters now.

This article was written by Angelique Jackson from Variety and was legally licensed via the Tribune Content Agency through the NewsCred publisher network. Please direct all licensing questions to legal@newscred.com.