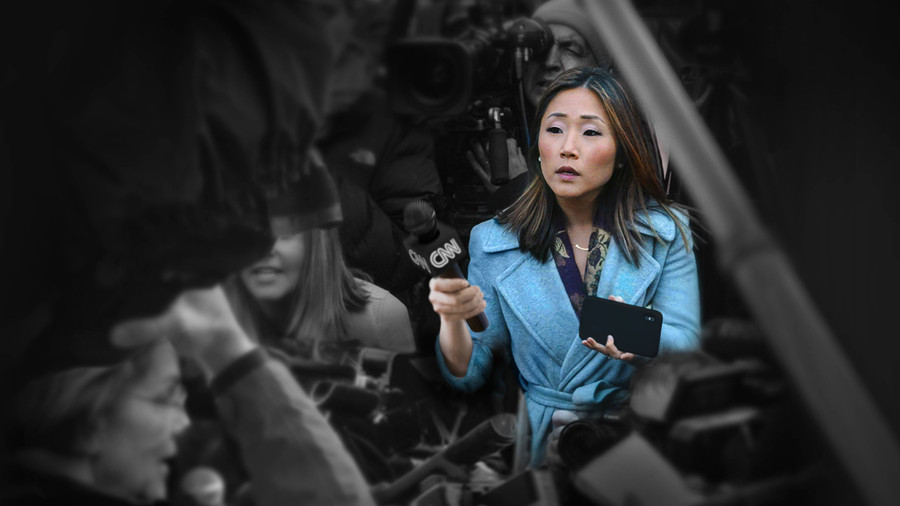 On August 6th, 2020, HBO Max debuted the documentary feature "On the Trail: Inside the 2020 Primaries". Aside from its groundbreaking, direct from the press corps floor coverage of the 2020 election, the doc was historic for another reason, as it kicked off the unlikely partnership we never knew we needed between HBO Max and CNN Films.

The streamer, and self-declared bundler of “HBO together with even more of your favorite movies and TV series, plus new Max Originals,” launched in May of last year, with a variety of fresh, new content — ranging from scripted and unscripted kids programming ("Craftopia," "Looney Tunes," and "The Not Too Late Show with Elmo"), to their unanticipated scripted hit of the summer "Love Life" (starring "Pitch Perfect"'s Anna Kendrick), the extravagant vogue competition reality show "Legendary" and the documentary "On the Record" about former A&R executive Drew Dixon's experience with sexual assault in the music industry, as well as an expansive library of favorite HBO and WarnerMedia properties.

But despite its lone documentary, HBO Max was without an in-house provider of unscripted content, and according to Variety, who spoke to both Sarah Aubrey, HBO Max’s head of original programming, and CNN Worldwide’s EVP for talent and content development Amy Entelis, “CNN Films filled an important need.” On the CNN side, the current presidency, coupled with the unparalleled 2020 election race (a subject matter covered extensively in "On the Trail"), left little airtime for its motion picture division — thus a beautiful partnership was born.

August saw the release of two CNN Films productions on HBO Max, the aforementioned "On the Trail" and a four-part docuseries called "Ravi Patel’s Pursuit of Happiness". While very different, Aubrey released a press statement with the following, “This slate of projects with CNN demonstrates our power as a media family to create quality programming that covers the captivating and critical issues of today.”

And that is exactly what they did with "On the Trail", which offers a backstage look at the challenges that female reporters face, spanning months of election events and the difficulties of juggling life back home with life on the road.

The documentary spotlights an impressive group of powerhouse journalists, ranging from CNN’s Chief Political Correspondent Dana Bash to embeds from the campaigns of Bernie Sanders, Elizabeth Warren, and Amy Klobuchar, major news outlets including ABC, FOX, and NBC, and overall the indispensable role these reporters play in covering the election. It runs about 95 minutes and, much like the race at its center, will keep you glued to your television.

While possibly under the radar (but hopefully not after this), "Ravi Patel’s Pursuit of Happiness" might be one of the best new drops of 2020, following the highly likable actor and humanitarian on a trip around the world as he seeks answers to some of life’s most pressing and universal questions. But it’s not just Ravi who brings so much heart to this documentary series, because as he travels to Mexico, Japan, South Korea, and Denmark, he's accompanied by his delightfully charming parents, wife, and friends who elevate the narrative.

And while Patel focuses on some difficult topics like grappling with his parents getting older, his own mortality, and even how to be the best parent for his young daughter, there is an abundance of heart, charm, and levity in the way he covers each. Each episode runs about 42 minutes and will leave you hoping for a season two.

Additional previously announced collaborations include a feature-length documentary about the life of renowned chef, author, and host of "Parts Unknown", Anthony Bourdain; "Generation Hustle", a ten-part docuseries chronicling the lengths young people go to for fame and fortune from acclaimed Academy Award-winning executive producer Alex Gibney; the Monica Lewinsky-produced "15 Minutes of Shame" about our rampant culture of public shaming; "Persona", a documentary about personality testing, and more!

While the partnership between HBO Max and CNN Films has only just begun, if "On the Trail" and "Ravi Patel’s Pursuit of Happiness" are any indication of what’s to come, then we cannot wait.