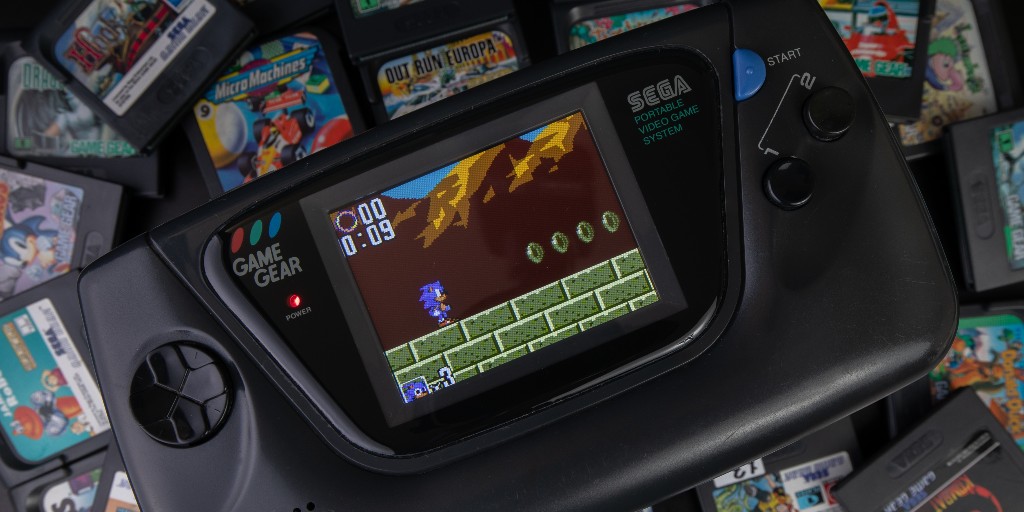 All video game players have been there at some point. There’s a stack of game discs buried in a drawer somewhere (or a generous amount of digital games you bought on sale up in the cloud), and you've finally given up and stopped promising your Discord fam that this is the weekend where you'll finally press start on last year's game-of-the-year.

After all, it’s normal to have a backlog of games a mile long, and there’s no better time to address it than summer, as game makers save their best new releases for the lucrative holiday season. So, set aside some time, pull out your controller and let’s get to work on that pile of games. Here’s how to tackle your video game backlog.

Get ready to rent

The easiest way, by far, to plow through a backlog of games is through a rental service. And in the game world, there’s only one gold-plated option: GameFly.com. If you don’t have an actual pile of discs, but maybe a list in your head of games you’ve meant to check out, GameFly is tailor-made for the casual game fan. And it has uses for the hardcore gamers, too, but we’ll get to that.

Remember when Netflix used to mail actual DVDs out to movie fans in little envelopes? (Pssst: They still do that). That’s how GameFly still works. For a subscription fee between $8.95 and $36.95 a month, you can have one, two, or three games in your possession at a time. The pro move is to get the two-disc subscription. Why? Because it can take up to a week for GameFly to mail a new disc out to you, and that’s valuable time you could be churning through viewpoints in the last nine installments of “Assassin’s Creed.”

Xbox Game Pass Ulitmate, however, is a strong option for Microsoft gamers, offering streaming console, mobile, and PC access to hundreds of games for $14.99. But it often doesn’t have the latest games, a problem it shares with PlayStation Now, which is $9.99 a month but mostly features old titles.

GameFly users can fill a queue with old games, new games, games that haven’t been released yet and games for different systems.

But what if you have a pile of discs?

This is analog but stick with us. GameFly users have a queue; you have a pen and paper. Open the drawer and make a list of the games you have. Rank them in the order you want to play them. Should you play short or long games first? Doesn’t matter. Some people are more likely to bang out a bunch of short games; others need to play games based on their excitement level, time being no issue. Don’t stress this list; you really just need to know your inventory, so that drawer becomes less daunting.

Set aside some time

We’re not talking about creating a day-by-day schedule for playing video games. We’re talking about a short-term mindset: You’re going to plow through your backlog to see which games you like and which games you are ready to part with. We’re backlog-busting for the next couple of months. The goal is to move relatively fast and check out a bunch of different games. This isn’t about getting 100% completion or mastering a game; this is about seeing what games you like and what games you don’t. You can get obsessive with the games you like when your trial period ends.

Stick with one game

Focus. Pick one game and stick with it. You can’t fix a 10-game backlog in a week. You might be super interested in multiple games, and it’s easy to get pulled in different directions. Multitasking is bad for your brain, but that’s not the real issue here. If you’re bouncing from game to game, you’re going to lose track of what you’re doing and even how to play the games. Plus, you only have so much room on your hard drive. The goal here is to be a video game tourist, stay for a week and then move on to the next location.

This will sound like heresy to hardcore gamers: You need to turn down the difficulty level as low as it can go. The purpose of backlog-busting is to figure out what games you even like. Sometimes, you’ll be pleasantly surprised by a type of game you didn’t think you’d enjoy. Cool. Make a note of it and come back to the game once you’ve gotten rid of the logjam. When trying to bang through a game in a week or two, speed is of the essence. You can always come back and play a game more. And every game should have an easy mode.

The flip side is that you will more than likely find that you don’t actually like a game. That’s also cool; sell it immediately. Don’t get stuck on the “how.” Facebook Marketplace exists; Craigslist is out there; you can sell it to GameStop — whatever gets the disc out of your house. You’ll earn money and peace of mind.

Forget about completing the games

You could play an “Assassin’s Creed” game for a week straight, with no sleep breaks, and not reach 100% completion. Perfection is not the goal here. It’s fine to love a game, but perfection is the enemy of being done with your backlog.

Maybe you just need to stop buying games altogether. Hear us out. This isn’t an ad for GameFly, but the game-rental service offers subscribers the option to buy a game, often at a discounted price over buying a brand new game. Hardcore gamers can try before they buy. Really like that “Call of Duty” game? Great, buy it and move on to the next game in the queue. And when the queue runs really low on games, you can pause or cancel your subscription until more games come out. Or at least more good games.