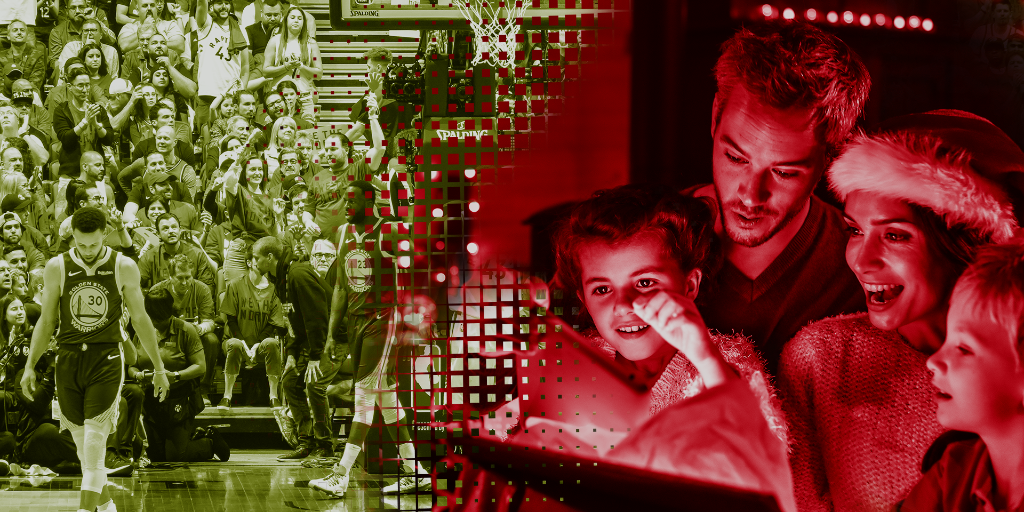 If you love the NBA, you probably have a tradition of watching basketball on Christmas Day. But if you're a professional? Christmas is just another workday. Like it or not, you’ve gotta report in to the office.

Players who participate in the day's events often rise to the occasion. Wilt Chamberlain once scored 59 points and grabbed 36 rebounds on Christmas. Bernard King went one better, scoring 60 on Christmas Day 1984 for the Knicks, a franchise record for any day that stood for 30 years, until Carmelo Anthony came along. And in 2008, Celtics-Lakers featured Phil Jackson's 1000th win, which snapped a Boston 19-game winning streak in the process.

So, is it worth sacrificing family time to bring Christmas cheer to NBA spectators? Different players have different takes.

“It’s not just a regular holiday”

Speaking to ESPN in 2015 about holiday traditions, LeBron James described a typical NBA Christmas: “I won’t be with my family on Christmas, unfortunately. They’re not even here [in Ohio]. They’re in L.A. right now, actually. So, no, we have no traditions. If I can get a home game on Christmas, then we’ll have a tradition.”

As a high-profile player with little to lose, James has long been vocal about his distaste for Christmas games.

“If you ask any player in the league, we’d rather be home with our families,” he said back in 2010.

“I think the people that even set the games up would rather be home with their family during this day. It’s not just a regular holiday. It’s definitely one of those days that you wish you could wake up in the morning with the kids and open up presents.”

James’ view comes after half a lifetime in the NBA. And in 2019, the Lakers star will finally get his Christmas wish. This year, the longtime NBA drawing card is in Los Angeles for Lakers-Clippers, one of five NBA games on the holiday.

Besides the Lakers-Clippers faceoff, this year’s 12/25 basketball feast includes the Houston Rockets at the Golden State Warriors, the New Orleans Pelicans at the Denver Nuggets, the Boston Celtics at the Toronto Raptors, and the Milwaukee Bucks at the Philadelphia 76ers, which tips off the day at noon EST.

The Raptors’ home game was part of a promise made to an understandably fed-up James by NBA commissioner Adam Silver. From now on, Silver promised, the championship team will get to host their Christmas Day game, allowing players to spend at least part of the holiday with their families.

Superstars and veteran players might view Christmas Day games as more “duty” than “honor,” but others welcome the opportunity. The 76ers are relatively new to the world of NBA royalty. And so the chance to play on the iconic day at their home in the Wells Fargo Center carries with it more positives than negatives.

By the time the Sixers finish their noontime start, they'll have most of the afternoon and evening for the holiday festivities. So for Tobias Harris, a first-time Christmas Day game participant with the 76ers, it just means more familiar spectators at the game itself, followed by holiday business as usual. Harris said the majority of his family will be on hand.

“I think it's fun to be able to play on Christmas. I've been in the past on teams and haven't played on Christmas, and watched games on Christmas. So, I think this would be a good experience and it'll be fun. My family will be out here and I'll treat it like a game day, just with some presents.”

Still, as 76ers coach Brett Brown said following a recent practice, consider all the holiday plans you make, and then try dropping preparing for a basketball game in the middle of it.

“There's a little bit of a boomerang with family stuff and normal Christmas stuff, but I think it's all good,” Brown said. “It's always about [whether] you have enough tickets for your family, and the family at that point—immediately when the schedule is announced, and you're always trying to figure out, the timing of presents, timing of dinner, where people are sleeping, and how do I put bums in seats and get enough tickets; there's logistical planning that encompasses a Christmas Day game.”

Even so, Brown groaned when asked exactly how much extra preparation will go into the day.

“It would be a very boring story if I kept talking about my family [plans],” Brown said. “Trust me.”

Giving Fans the Gift of Basketball

Lest you think this is an American phenomenon, think again. Furkan Korkmaz, a Sixer also making his Christmas Day debut, remembers growing up in Turkey, watching the NBA every single December.

“I think it's really important for the culture here,” Korkmaz said. “You know, you play in the game [on] Christmas, and then everybody's really focused. Especially our fans in Philly: they don't miss any games. Doesn't matter if it's Christmas or not, it's the weekend, or just during the two weeks. They want to watch every game, every single game.”

So get excited, NBA fans: holiday or not, the players are ready to put on a show.

“You're here to play Christmas, it's like a big opportunity, also for us, it's like good show business too,” Korkmaz said. “You know, Christmas: it's like a different feeling.”