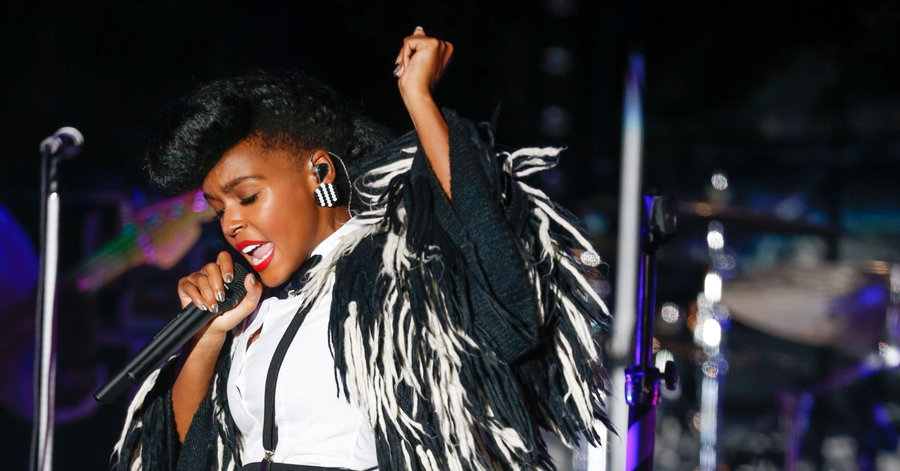 How AFROPUNK Became One of America’s Top Music Festivals

AFROPUNK has quickly developed into one of America’s most respected music festivals. Building a world-renowned music festival, however, wasn’t originally the goal for founder James Spooner when he first popularized the "afropunk" term that would later become the festival's namesake.

Back in 2003, Spooner was a filmmaker working on a documentary called “Afro-Punk.” The film follows four African Americans fully immersed within what was a predominantly white punk subculture. When it first began screening at national film festivals it was something most people had never seen before—and it soon captured the attention of counterculturists. While the documentary was the genesis of the AFROPUNK music festival, it's a far cry from the mainstream festival we’re now familiar with.

So how did a counterculture documentary evolve into a music festival powerhouse?

Shortly after Spooner finished working on the documentary, he set out across North America to screen Afro-Punk. The documentary received such an overwhelming response from both fans and critics alike that, before he knew it, Spooner was preparing for the documentary’s 100th screening. To celebrate the milestone, he thought it would be fitting for the punk band Stiffed (featuring Santi White on vocals, known professionally as Santigold) to perform at the end of the film.

He met with Stiffed’s manager, Matthew Morgan, who fell head over heels for the show's ethos. In an interview with The Fader, Spooner said, “At the time, no one was willing to sign a black female-fronted punk band. They didn't know the market for it. So he [Morgan] thought that this little thing that I had going could be the avenue to get her signed.” The screening and subsequent Stiffed performance went so well that Spooner and Morgan ended up becoming business partners.

Spooner and Morgan quickly launched a party series called The Liberation Sessions. Each party featured a screening of the documentary, along with performances by a number of alternative bands. In an interview with i-D, Morgan detailed the first few Liberation Sessions: “There must have only been about 25-50 people there. We would show the film, and then have bands play. We'd invite bands to drive up from Chicago for $50, we had no money, but the feeling was so exhilarating.“

The parties were great, but Morgan saw the potential for so much more. “The looks on all the kids' faces that made me think if we could bottle this and make it bigger, it could be so powerful,” Morgan told i-D.

Spooner added: “At the same time, there was a lot of conversation happening on the website and on the messageboard [sic] amongst the prime members, who [wanted] to meet each other. These were people from all over the country and all over the world and they weren't getting the Liberation Sessions.”

This led Spooner and Morgan to launch the first AFROPUNK at Brooklyn Academy of Music on July 4, 2005.

Unfortunately, the birth of the music festival was the beginning of the end of Spooner’s involvement with the AFROPUNK brand. He told Fader, “For me, this film is my biography up to that point in my life. That film seemed like a manifesto for all of these people. [People] were calling and identifying themselves as afropunks. I remember ‘afropunk’ being used as an adjective and being like, ‘No, no, no, we’re doing the thing we were fighting against.’ Eventually, I just had to like succumb because it belonged to everybody.”

Spooner stepped away in 2008, and Jocelyn Cooper (the former A&R for Universal Music) stepped in and immediately set her eyes on growing the AFROPUNK brand. Under her watch, the music festival evolved from a relatively quaint concert in Brooklyn with 2,500 attendees into a multi-city festival attracting more than 90,000 fans around the globe.

Much of the growth can also be attributed to Cooper’s ability to stay true to the initial spirit of the festival, even as large sponsors come on. She’s taken an approach that marries her instincts with data with fostering a community where people interested in subcultures and non-mainstream music can enjoy themselves and meet like-minded folks.

Cooper told Fast Company, “It’s all about instinct—I have very strong opinions about what I like and don’t like. Usually the concept for a new project comes from a blaring hole in the market, like Afropunk Presents the Triptych, a series of films we conceived when we couldn’t find information on visual artists of color.”

Her ability to turn AFROPUNK into an internationally recognizable music festival is due in large part to her passion for showing the diversity of the African-American community. “Traditionally, marketers take a very monolithic approach when addressing us. They think black people only listen to hip-hop or only buy a certain type of clothing,” said Cooper. “But that is not how the real world works.”

Unsurprisingly, the festival's rise in the music scene has hit its fair share of speed bumps. In addition to Spooner’s departure, some critics have accused the festival of selling out. These critics came out in full force in 2015 when the festival started charging fans for tickets. Up until that point, fans attended Afropunk for free, and the festival was funded by sponsors and apparel sales.

In response to these critics, Morgan told Vice, "There's a whole value proposition that we have to invest in ourselves. What is it that people like about the festival? What is unique? What is important? How does it make you feel? And if that experience collectively isn't worth $70, then we don't deserve it. Then go to Pitchfork. Go to Lollapalooza. Go to Bonnaroo. Go support them with your money. Or, stay home."

Three years later, it's clear that AFROPUNK’s choice to charge for tickets was the right decision. The festival has continued its international growth, while the critics, for the most part, have quieted down.

If you haven't experienced AFROPUNK yet you'll have your chance later this month. AFROPUNK Brooklyn will take place on August 25th and 26th. With acts like Erykah Badu, Tyler the Creator, Janelle Monae, The Internet, Pusha T, and more, the lineup is stacked, the fans are excited, and it feels like this could be the best year yet.