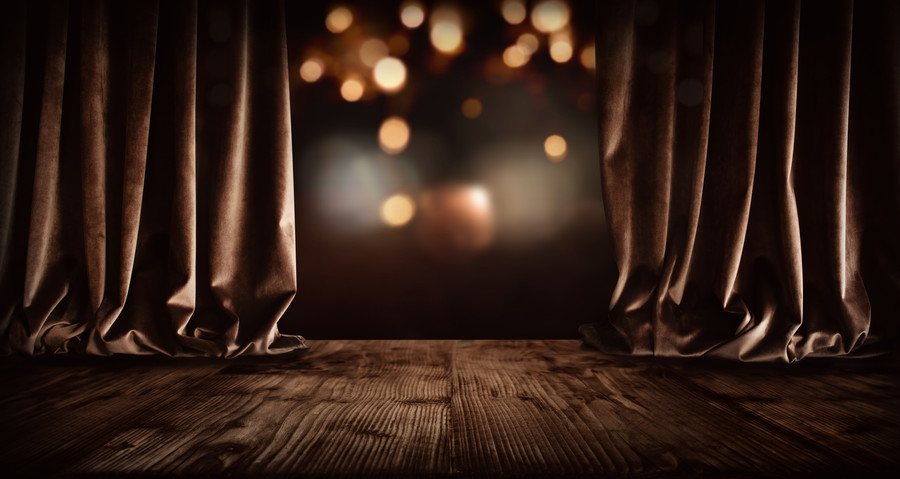 Disney is bringing moviegoers to the room where it happened. Specifically, to the Richard Rodgers Theatre in New York City for a performance of "Hamilton" with the original Broadway cast.

The show's producers announced Monday that Lin-Manuel Miranda's musical juggernaut will be released in movie theaters worldwide by Disney. Directed by Thomas Kail, it will hit the U.S. and Canada on Oct. 15, 2021.

A filmed version of the 11-time Tony Award-winning production has been in the works since it opened on Broadway in 2015, with Miranda promising fans that the show would be captured before the original Broadway cast _ which includes Miranda, Daveed Diggs, Renee Elise Goldsberry, Leslie Odom, Jr., Christopher Jackson, Jonathan Groff, Phillipa Soo, Jasmine Cephas Jones, Okieriete Onaodowan, Anthony Ramos and Ariana DeBose _ moved on to new projects.

Though producers Miranda, Jeffrey Seller and Thomas Kail may not have been sure at the time what they'd do with the footage, two performances were filmed in 2016.

"What are we doing with that footage? No idea. Throwing it in a vault at Gringotts for a bit (probably)," Miranda tweeted at the time. "But we're getting it."

A few of the musical numbers appeared in the PBS documentary "Hamilton's America," which went behind the scenes of the creation of the production. But fans have since clamored for the release of the full version, especially since tickets to the runaway hit set records for average prices. Bots and scalpers targeted the show; some seats at the final performances with the original Broadway cast came to cost nearly $10,000.

Releasing the footage as a film is a massive move forward in affordability and accessibility to theater _ a topic that has long been important to Miranda.

"We are thrilled for fans of the show, and new audiences across the world, to experience what it was like on stage _ and in the audience _ when we shot this at The Richard Rodgers Theatre on Broadway in June of 2016," Kail said in a statement. "We wanted to give everyone the same seat, which is what this film can provide."

"Hamilton" has since launched open-ended productions in Chicago and London, as well as numerous national tours.

Though many theater stars _ including Wayne Brady, Brandon Victor Dixon, Joshua Henry and Mandy Gonzalez _ have since taken on "Hamilton" characters, no current production features any major members of the original Broadway cast, who have since gone on to star in movies, TV shows and other Broadway productions.

"Lin-Manuel Miranda created an unforgettable theater experience and a true cultural phenomenon, and it was for good reason that Hamilton was hailed as an astonishing work of art. All who saw it with the original cast will never forget that singular experience," Robert A. Iger, chairman and chief executive of the Walt Disney Co., said in a statement.

"And we're thrilled to have the opportunity to share this same Broadway experience with millions of people around the world."

While the theatrical release of a filmed stage production is not uncommon _ National Theatre Live is currently offering a stellar lineup on various screens, including Phoebe Waller-Bridge in "Fleabag," Andrew Scott in "Present Laughter" and Gillian Anderson and Lily James in "All About Eve" _ it is rare from one of the major Hollywood studios, which annually dabble in the movie-musical space.

And 2020 is already a busier-than-usual year for the genre, with Steven Spielberg's "West Side Story," Jon M. Chu's "In the Heights," Miranda's "Tick, Tick ... Boom!" and Ryan Murphy's "The Prom" all on the way to the screen.

Each of these upcoming movie-musicals was cast, rehearsed and filmed separately from any live production, often leaving its cast and creatives to start from scratch. That can be tough, or too distinct a departure from the live experience of a stage show, which features a cast not only seasoned from originating their characters and performing hundreds of shows but also uniquely bonded from building the production together from the ground up.

In the case of "Hamilton," Tony winners Jackson and Diggs had been playing their roles since the show's earliest workshop in 2013; the rest of the cast joined the show off-Broadway and later reprised their roles on Broadway.

Attempting to reunite and re-rehearse an entire original cast _ as "The SpongeBob Musical" recently did for a Nickelodeon airing _ would be almost impossible due to scheduling, but trying to recast these roles for the screen may be a fool's errand, especially since fans know the Grammy-winning original Broadway cast recording inside and out.

That might explain why Disney paid a reported $75 million for the movie, making it possibly the most expensive film acquisition ever. But it's a bargain price for a movie-musical, where production budgets can rival even the most intricate action-movie releases.

While a handful of Broadway productions are filmed for airings on PBS or to be added to BroadwayHD's on-demand streaming library, "Hamilton's" road from stage to studio might set a lucrative precedent for future commercial productions to prepare for potential major releases.

Such stipulations might have to be included in casting contracts as to not require any negotiations mid-run, which is what happened behind the scenes of "Hamilton" in 2016. Netflix might boost its presence on the Great White Way, having previously captured the plays of comedians such as Mike Birbiglia, John Leguizamo, Nick Kroll and John Mulaney.

Altogether, the announcement of the upcoming film is great news for "Hamilton" fans, including those who haven't been able to afford a ticket or a trip to a city where the show is running. Same for anyone who has ever wondered what all the fuss is about.

But it also might persuade potential theatergoers to simply wait 18 months for the movie's release; they might not get the "live" experience, but they will have to pay only the cost of a movie ticket to see the show.

"I'm so proud of what Tommy Kail has been able to capture in this filmed version of 'Hamilton' _ a live theatrical experience that feels just as immediate in your local movie theater," Miranda said in a statement.

"We're excited to partner with Disney to bring the original Broadway company of Hamilton to the largest audience possible."

This article is written by By Ashley Lee from The Los Angeles Times and was legally licensed via the Tribune Content Agency through the NewsCred publisher network. Please direct all licensing questions to legal@newscred.com.