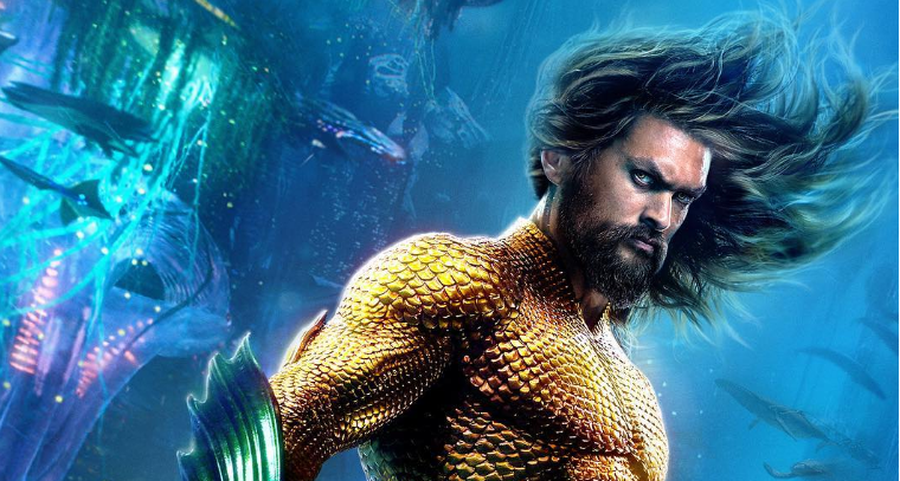 How Jason Momoa’s Previous Roles Prepared Him to Play Aquaman

Not even Olympic swimmers could keep up with the latest DC Super Hero: Aquaman, hitting theaters December 21, 2018. Arthur Curry—Aquaman's human alter ego—will soon embrace his duty as "protector of the deep" and dive into the depths of Atlantis, an aquatic kingdom he's destined to rule. The only problem? His half-brother, Orm, wants to destroy everything above water.

Renowned actor Jason Momoa, who plays Aquaman, knows a thing or two about fighting back against such evil forces — or at least how to put on a good fight scene, that is. Here's how Momoa's previous movie and TV roles prepared him to play a massive DC Super Hero:

Just as Khal Drogo led the Dothraki tribe with Daenerys Targaryen by his side, Aquaman is wise enough to know he can't complete his mission alone. That's where Mera, played by Amber Heard, comes in. Just like Aquaman, she was born and raised a warrior. Together, they're unstoppable.

Earlier this year, Momoa put his superhuman strength aside to play a loyal father who's fiercely protective of his family. As you can see in the video above, he expertly strings a bow and arrow and fires away at anyone who tries to hurt his loved ones—an excellent way to perfect his aim before he wields Aquaman's legendary trident.

Momoa also starred as Declan Harp, a Frontier character who rules Canada's fur trade. The success of Harp's Black Wolf Company can largely be attributed to his top-notch negotiation skills, something that Aquaman will need to employ if he wants to keep the peace among the seven underwater kingdoms.

If Aquaman took place in a desert and cannibalism was an accepted practice, maybe it would look something like The Bad Batch. In this wild movie, Momoa dedicates himself to rescuing his daughter from enemy territory—sounds like a Super Hero to me.

Speaking of family, Aquaman has a lot of gratitude for his parents, who trained him to become the fearless leader he is. In Road to Paloma, Momoa's character feels a similarly deep connection with his mother. He risks everything to fulfill her wishes, and something tells me Aquaman would do the same for his mom— who, by the way, is played by Nicole Kidman.

Momoa's portrayal of Conan set him apart as a true warrior. "No man should live in chains," the character famously said. Momoa holds his own across multiple explosive fight scenes, so you know he's equipped to conquer whatever challenges he faces underwater as Aquaman.

Aquaman isn't the first time Momoa's played a character with a nonhuman side. In Debug, he starred as I Am, an artificial intelligence robot using its high-tech powers to try to become a real, live human. Aquaman, meanwhile, is learning how to balance his human life with his supernatural abilities—like super strength, telepathy, breathing underwater...just to name a few.

No, Stargate: Atlantis isn't another underwater franchise. This TV series borrowed the legendary name for a space expedition, and Momoa plays an alien from another galaxy. Still, he must be thrilled to return to the, ahem, real Atlantis as Aquaman on December 21, 2018.