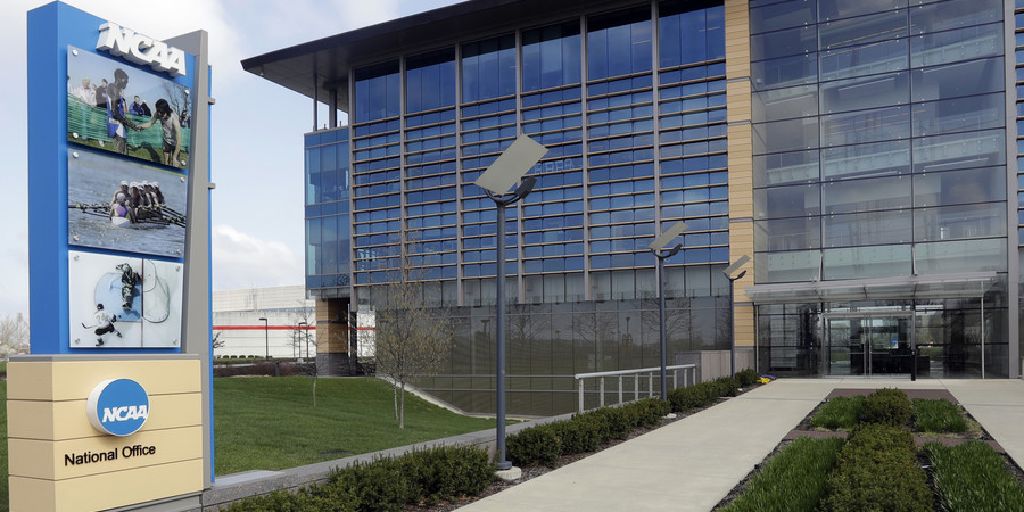 How much are college athletes’ names and images worth?

How much are a college athlete's name, image and likeness worth? And who would want to pay for them?

The questions are front and center now that the NCAA, pressured by individual states that have started acting on their own, has taken a major step toward allowing athletes to make money off their fame.

Deciding to reverse the prohibition on earning money was the easy part; determining how much athletes can make, under what circumstances and in a way that doesn't permit abuses are bigger challenges that won't be as simple to resolve.

Whatever they come up with, opportunities to earn huge sums of money could very well be the exception, not the rule, according to those who observe and work in the markets.

The board of governors for the nation's largest governing body met Tuesday and set a January 2021 deadline to have rules and regulations finalized across three divisions covering more than 1,100 schools and 460,000 athletes.

Lawmakers in California and other states would like to lift all restrictions, letting the free market decide. But NCAA leaders, concerned about possible corruption and the use of endorsement deals to lure top recruits, are likely to take a far more cautious approach.

"It's really hard to play the speculation game as to what an athlete would be worth in the world the NCAA is envisioning because as best I can tell, their announcement essentially said that they will treat athletes like other students — except when they won't," said Andy Schwarz, an economist who helped craft the California bill signed into law last month that helped push the NCAA toward rewriting its regulations.

There are some who believe there is a potential to unlock real riches — if the athletes can somehow get organized.

Earlier this week, the NFL Players' Association announced a partnership with the National College Players Association, an advocacy group with no power to formally organize athletes as a union. The goal, according to NCPA executive director Ramogi Huma, is for the NFLPA's licensing company to pursue opportunities for large numbers of players.

At the top of the wish list: getting players a piece of the billions being paid by television networks to the NCAA and conferences for the rights to televise games.

That might seem far-fetched, but when the NCAA was sued in 2014 by former UCLA basketball star Ed O'Bannon, attorneys for the plaintiffs argued that name, image and likeness rights extended to television broadcasts.

"There's no difference in name, image and likeness rights, whether they are for individual endorsements of the product or appearance in a broadcast," said Michael Hausfeld, the lead attorney in the O'Bannon case.

Bargaining agreements for professional athletes include compensation for using the athletes' name, image and likeness in a broadcast, Hausfeld said. "There's no reason that college athletes should be exempt from that."

A group licensing agreement directly with players could be a path to bringing back a version of the popular NCAA football video game that was suspended during the O'Bannon case.

Game maker EA Sports settled for $60 million to cover the 12 years in which the game was available. If such compensation were allowed in the future, each player could potentially be paid about $450 per year, assuming a payout of $5 million per year for 130 Bowl Subdivision teams of 85 scholarship players each.

"The only reason why those video games don't exist is because the schools didn't want to let the players have their fair share," Huma said.

It's unclear whether the NCAA will allow athletes to strike endorsement deals with local businesses (think car dealership or pizza joint), to charge for their autographs or sell memorabilia the way professional athletes do. Those who work in college athletics expect the most plentiful opportunities will be online: Paying social media gigs could be a natural fit for many college athletes, they say.

Schools would be wise to combine their players' social media power with their own accounts, giving advertisers or sponsors much greater reach for their dollar, said Jim Cavale, founder of the INFLCR company, which works with teams at Duke, Miami, Oregon, Auburn, and dozens of other schools that want to help athletes promote their brands on social media.

Cavale said such exposure "becomes just as valuable, if not more valuable, than the stadium signage."

It's doubtful the NCAA and its schools will be willing to allow players to sign sponsorship deals. The NCAA says it will never allow students to be paid as if they were employees.

So if group licensing is going to be a challenge and even local endorsement deals are unlikely to fly, what's the market for real money going to be for a college athlete?

"You've got what I call nominal opportunities, and those will probably be quite a few," said former congressman and NBA basketball player Tom McMillen, who is now president of LEAD1 Association, representing athletic directors from major college football schools.

"That could be a couple thousand dollars to show up at a movie theater or restaurant," he said. "Then there are those that are more substantial, and that market is probably pretty small. ... It's in the hundreds of kids."

This article was written by Ralph D. Russo from The Associated Press and was legally licensed through the NewsCred publisher network. Please direct all licensing questions to legal@newscred.com.