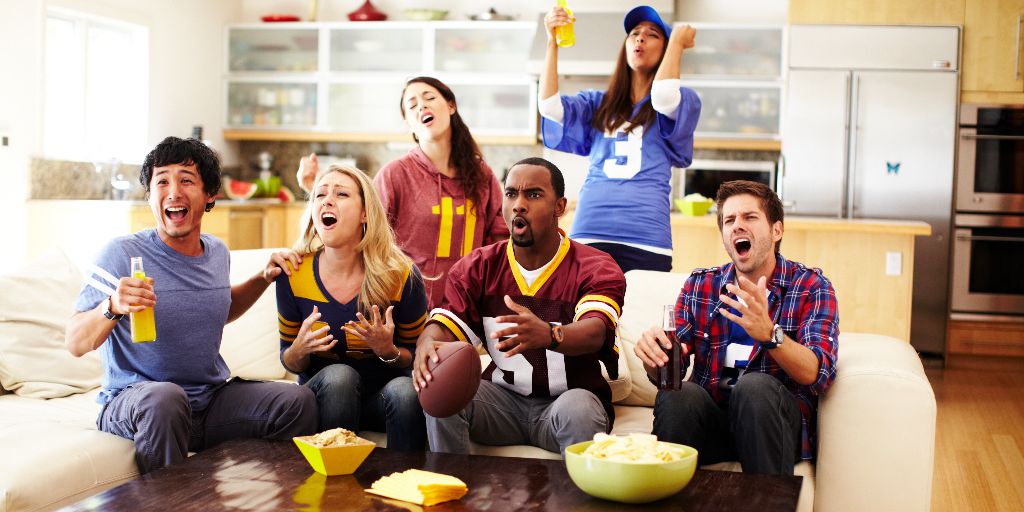 While it's not quite fourth down and long for broadcast networks, lackluster scripted-programming ratings and cord-cutting woes are weighing heavily on the industry's collective consciousness. So it's particularly good news that one broadcast mainstay seems to have regained its mojo: live football. After a bumpy year or two, the 2019 NFL regular season grabbed an average of 16.7 million TV and digital viewers, according to the league, marking 5% growth from the prior year.

Bereft of "Game of Thrones" and devoid of a successor to a scripted Sunday-night gladiator match, audiences may hold that live sports in general — and the NFL in particular, with its breakout stars and fast-paced action — are the last bastion of appointment television.

"The NFL is driven by storylines, and there are so many different reasons, so many connection points for people, regardless of age, ethnicity, gender or geography," says Cary Meyers, ESPN's senior vice president of research and insights.

On Fox, which airs almost all of its NFL games on Sundays, viewership grew 7% from the 2018 regular season to an average of 19.2 million viewers, with "America's Game of the Week" leading the way with 24.4 million viewers, up 10% year over year. Studio programs "Fox NFL Sunday" and "Fox NFL Kickoff" have gone along for the ratings ride, with viewership up 6% and 3%, respectively.

On CBS, NFL games have attracted 4% more viewers, with an average of 17.2 million. The Buffalo-Dallas matchup on Thanksgiving Day provided a football feast for 32.6 million viewers, taking home the title of most-watched regular season game. On NBC, "Sunday Night Football" continued to pull in its biggest numbers since 2015, averaging 20.5 million viewers in 2019, a 5% increase from last season. And ESPN's "Monday Night Football" averaged 12.6 million viewers, up 8% for the second consecutive year — its best regular-season performance in four years.

A new generation of dual-threat quarterbacks — and their thrilling play — contributed to the NFL's strong numbers. The biggest surprise this season has been the meteoric rise of Baltimore Ravens quarterback Lamar Jackson, who seems poised to run away with the league MVP award in only his second season. Jackson's ability to run and throw the football with equal brilliance is symbolic of a changing of the guard in the NFL, as older star quarterbacks like Tom Brady and Phillip Rivers have struggled to keep up with the likes of Jackson and the Kansas City Chiefs' Patrick Mahomes.

"At the end of the day, excitement around young players is really what fuels the sport," says Meyers, pointing to Jackson, Mahomes and Carolina Panthers running back Christian McCaffrey.

The NFL has also likely benefited from the struggles of its main sports rival: the NBA. Pro-basketball ratings so far this season have been sliding, perhaps due to an alarmingly long list of injured stars and the collapse of the Golden State Warriors dynasty.

The football league mostly sidelined the kind of politics that had been blamed for ratings losses in prior years. Colin Kaepernick's protests against racial inequality and police brutality sparked a firestorm in 2016 and ended with him as a free agent. Controversy also swirled around long-term brain trauma caused by the concussive sport. Subsequent rule changes have targeted a reduction in head injuries, and the NFL has donated millions of dollars to social justice programs. In August, it struck a multiyear partnership with Roc Nation, the entertainment company founded by Jay-Z, who had denounced the NFL's treatment of Kaepernick. While many raised eyebrows over the pact, Roc Nation helped the league book Jennifer Lopez and Shakira for its halftime show at Super Bowl LIV in Miami, a widely praised decision that may breathe new life into NFL's biggest event.

"To the extent the NFL can allow its fans to focus on the action itself, rather than off-field issues connected to social justice and player health and welfare issues, then the league should be well positioned to continue the recent rebound," says David Carter, an associate professor of sports business at USC. He also cites the recent legalization of sports betting as a boon to viewership.

At this stage, it's too soon to say whether the added eyeballs might mean an increase in annual fees for the NFL in its contract renegotiations with the networks over the next couple of years.

"This season's ratings, while important, are just part of the overall story when it comes to assessing future rights fees," says Carter. What might matter even more than ratings, he says, is the growing interest the Silicon Valley giants — Facebook, Apple, Amazon, Netflix and Google — might have in sports programming. Amazon live-streamed 11 "Thursday Night Football" games on Twitch this season, marking its third year in the game, and debuted a half-hour live pregame show, "NFL Next." "Because they are likely to be formidable bidders, the NFL is poised to substantially increase its media revenues," he notes.

For now, the major broadcasters of live football are pretty happy with the league's increased viewership.

"I don't have any reason to think that's ending anytime soon," says ESPN's Meyers. "It's a systemic level of enthusiasm around the sport. It's just delivering, and there are players that are captivating people's attention and driving a lot of conversation. The NFL is must-see TV again."

This article was written by Elaine Low from Variety and was legally licensed via the Tribune Content Agency through the NewsCred publisher network. Please direct all licensing questions to legal@newscred.com.