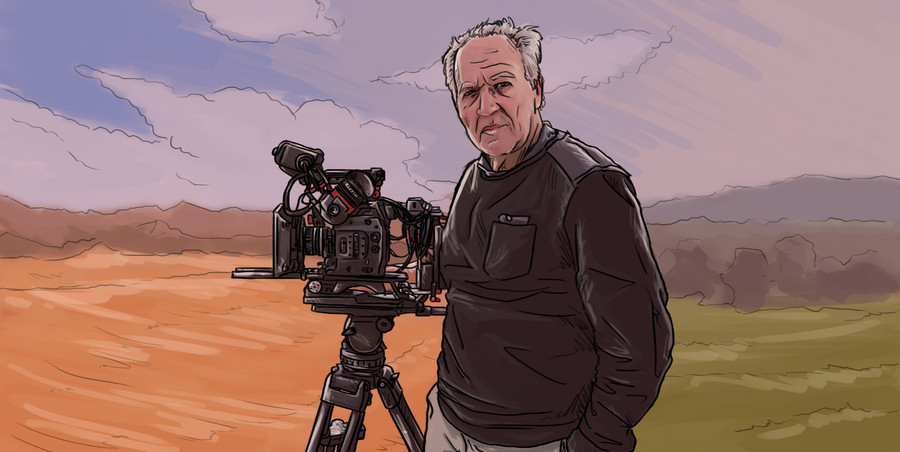 Not too long ago, the documentary was viewed as a stale genre. All too often, the general public dismissed documentaries as being uptight, boring, and formulaic. Pretty much everyone over 30 remembers falling asleep in class to some treatise on how milk is made or how the pioneers ate nails and hardtack.

What happened then to change that perception? Documentaries are commonly touted as some of the best films of the year now by critics and the public alike. Part of this shift in opinion was due to films from documentarists like Werner Herzog, who shocked the world with his non-traditional takes on the genre.

Herzog is incredibly prolific and has been active since the early 1960s. However, many first heard his name with the 2005 documentary "Grizzly Man", which covers the last days of environmentalist Timothy Treadwell and his girlfriend Amie Huguenard. Herzog's approach, unlike many documentaries covering a tragedy, wasn't to portray Treadwell as a victim.

Instead of focusing on Treadwell's death, "Grizzly Man" weaves a narrative that builds familiarity with his life, beliefs, and relationship with the bears he loved. Through a masterful blend of Treadwell's own extensive footage archive and interviews with friends and professionals, Herzog lets us become attached to Treadwell in a way rarely seen in documentaries.

By the time the topic of his death is discussed in detail, you feel like you know Treadwell, which gives "Grizzly Man" an incredible impact that a more focused approach would have prevented. Furthermore, Herzog presents both interpretations of Treadwell. That he was misguided and had been warned by park officials, and that he was a passionate environmentalist who had a deep love for nature and bears. This gives the audience the ability to determine for themselves what the truth behind "Grizzly Man" is rather than just having it dictated to them. The examination of Treadwell's story gives the man justice by portraying him as three-dimensional and doesn't just reduce his existence to the incident that led to his death.

The success of "Grizzly Man" is that it's presented in a way that's easy to consume. It gives you all the information you need in narrative form. The film tells a true story in a way that informs the audience and makes them care, which is a hallmark that many documentaries lack.

While "Grizzly Man" can't be solely credited with the improved acceptance of documentaries, it has definitely been influential. The perception of the documentary as entertainment and not just education is a relatively new trend. Whether it was caused by "Grizzly Man" or if the film was simply bolstered by the direction is anyone's guess, but it was immensely successful for a work of the genre and continues to be recognized as a masterpiece 15 years after its release.

Herzog's documentaries since "Grizzly Man" haven't been as widely acclaimed, but they've still been highly entertaining and very experimental. His latest, "Nomad: In the Footsteps of Bruce Chatwin," is about the famous English travel writer, novelist, and journalist, who was also friends with Herzog. Once again, Herzog takes a very unusual format for a documentary.

Chatwin was one of the first high-profile British citizens to succumb to AIDS. However, unlike "Grizzly Man", which builds up to the Treadwell incident in primarily chronological form, "Nomad: In the Footsteps of Bruce Chatwin" is presented as a celebration of the man's life.

"Nomad" is split into eight chapters in which Herzog recounts Chatwin's life and visits friends, loved ones, and others who talk about his life and art. Herzog's method of constructing "Nomad" is incredibly respectful of his friend. Though the last chapter, Herzog speaks on Chatwin's sexuality, personal life, and illness, he avoids making AIDS the primary focus of the piece.

Those who lived through the AIDS crisis in the 80s and 90s know how individuals living with the disease were feared and vilified. Chatwin avoided publicly discussing his illness because he feared the reaction people would have to him and his family. We've come a long way since then, but Herzog seems to, in a way, be honoring his friend's wishes.

Though we've only covered two of Werner Herzog's documentaries in detail here, his entire catalog is worth perusing. He continues to break the mold of what a documentary can be with each film, and has brought the form to the attention of millions the world over.