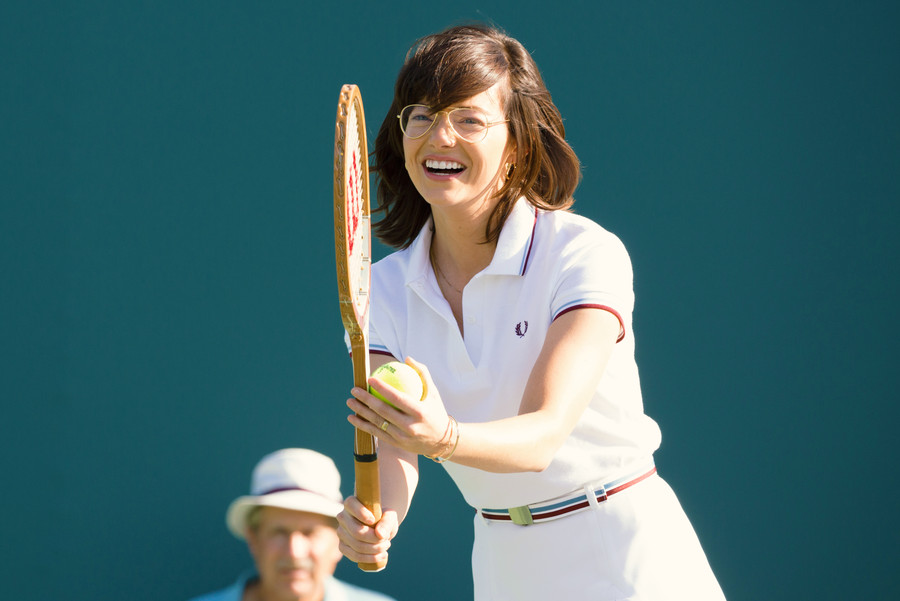 Welcome to the golden age of women’s professional tennis, where the level of competition and fanfare is hotter than ever before.

Techniques are improving at a breakneck pace, with the top 10 fastest serves recorded by the Women’s Tennis Association (WTA) hit in the last seven years. And each year, we’re seeing new entrants upsetting their opponents’ rhythm and strategies. A new guard of athletes under the age of 25 are playing at levels far beyond their years, including 15-year-old Coco Gauff, 19-year-old Bianca Andreescu, 22-year-old Belinda Bencic, and 23-year-old Ashleigh Barty and Naomi Osaka. These players grew up watching the Williams sisters, who were 17 years old when they hit the tennis circuit in 1998, and play with the same grit and panache as their predecessors.

Tennis tournaments offer equal pay for men and women, and organizers are ensuring that women have an equal opportunity to draw a crowd. Women play at the same time as men in the big tournaments, and networks broadcast as many women’s Grand Slam games as men’s.

However, the future for women’s tennis wasn’t always as bright as it is today. It took a number of pioneers to transcend what felt like insurmountable barriers to advance the level of play, fight for equality and inclusion, and draw the crowds we see at stadiums now. It's time to take a look back at the most defining moments for female heroes of tennis history.

Outerbridge played the game in Bermuda while on vacation and tried to come home with racquets, balls and nets, but customs agents confiscated her items. Her older brother, A. Emilius Outerbridge, was a shipping executive who used his connections to get the equipment released, according to The New York Times. Once stateside, Outerbridge set up a court at the Staten Island Cricket and Baseball Club in St. George.

Soon after, tennis courts began cropping up in Newport, R.I., Plainfield, N.J., Philadelphia and New Orleans, and by 1884, Wimbeldon championships opened for women. It’s worth noting that tennis in one form or another had been played for hundreds of years or more in Europe and, perhaps earlier, in the Middle East, Warren F. Kimball, a historian who wrote “The United States Tennis Association: Raising the Game,” told The New York Times.

During the Summer Olympics, France's Suzanne Lenglen, a six-time Wimbledon winner, abandoned the customary tennis garb (corsets, bustles, and petticoats) for pleated dresses and skirts, white tights, sleeveless silk blouses, and British-made “Lenglen shoes” of white doeskin with crepe rubber soles. In 1926, Vogue called her a paradigm of style, noting that, “the French champion wears a tennis costume that is extraordinarily chic in the freedom, the suitability, and the excellence of its simple lines.” Considered tennis’ first female celebrity athlete, Lenglen brought global attention to the sport.

1936 - Alice Marble's aggressive serve-and-volley style, which was unusual for a woman at the time, set a new standard for play at the U.S. Open.

Marble's coach changed her grip from a Western grip to an Eastern one – a 90° rotation of the hand around the racket’s handle, which made her successful on grass courts.

Interestingly, Marble almost didn’t play tennis at all. She was introduced to baseball by an uncle and wanted to play professionally. Lucky for the sport of tennis, Marble’s older brother introduced her to tennis in the hopes of diverting her to a “less masculine” sport, according to Encyclopedia Britannica.

Marble became a champion for inclusion in women’s tennis when she wrote a piece in 1950 in American Lawn Tennis magazine lambasting tournament organizers for denying Althea Gibson, an African-American, from playing in Wimbledon. A year later, Gibson was invited to play in the tournament, and by 1956, she became the first African-American to win a Grand Slam title.

King beat Riggs in straight sets, 6–4, 6–3, 6–3, and earned the winner-take-all prize of $100,000. Her success inspired hundreds of thousands of women to demand equal rights, equal pay, and equal treatment.

At the time, she said, “I thought it would set us back 50 years if I didn’t win that match. It would ruin the women’s [tennis] tour and affect all women’s self-esteem. To beat a 55-year-old guy was no thrill for me. The thrill was exposing a lot of new people to tennis.”

A year before the match, King helped pass Title IX, which prohibits sex discrimination in all federally funded school programs, including sports.

Over the course of her storied career, she won 39 Grand Slam titles and was ranked no. 1 in women’s tennis six times. She also became the first woman to head the USTA and was the first female athlete awarded the Presidential Medal of Freedom, which she received from President Obama in 2009.

In September 2017, Fox Searchlight Pictures released the film “Battle of the Sexes,” starring Emma Stone as King and Steve Carell as Riggs.

The record wasn’t broken until 2007 when Sabine Lisicki recorded a 131 mph serve.

2007 - After years of mounting pressure, Wimbledon and the French Open join the other two Grand Slams in offering equal prize money for men and women players, etching away at gender barriers.

Following in the footsteps of King, Venus Williams was instrumental in persuading the All England Lawn Tennis and Croquet Club to make the change.

2013 - At age 31, Serena Williams becomes the oldest female tennis player to be ranked No. 1 since computer rankings began in 1975.

This is the sixth time in her career to be ranked No. 1. Four years later, she beat sister Venus in the Australian Open final, collecting a 23rd grand slam title to surpass Steffi Graf for the Open Era lead.

Today, Serena Williams is officially the highest-earning female athlete of all-time in any sport, making her the first athlete to earn a spot on the Forbes World's Richest Self-Made Women list.