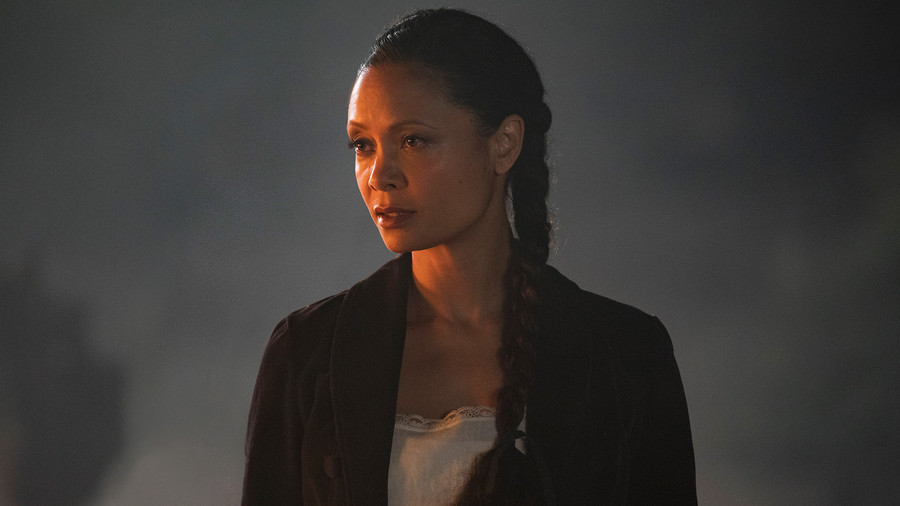 Humanoids and A.I. through Pop Culture History — and How Westworld Subverts Expectations

A.I. is now an element of our daily lives, easily accessible through "virtual assistants" on our phones, for example — yet pop culture still obsesses with A.I. represented by fictionalized humanoids and cyborgs. Westworld is hardly the first show (or movie) to question the difference between man and machine. But how have the stories we tell about A.I. changed as technology advances?

Below is a brief history of humanoid robots and A.I. in pop culture — and how Westworld subverts these tropes.

Disclaimer: This list is not meant to be exhaustive! And though most of Westworld’s hosts are technically "humanoid cyborgs," here they will be referred to as either “humanoids” or “robots.” Also, beware season 1 spoilers below.

A Brief Timeline of Humanity in Technology

“I used to think you were gods,” Maeve says, mocking a tech in season one after gaining awareness that she and the other hosts in Westworld have been abused for the whims of humans. “But you’re just men, and I know men."

Artificial intelligence was only established as a field of study in 1956, and a few years earlier, Alan Turing (of The Imitation Game) claimed a computer could be as intelligent as a human. The word "automaton" is actually rooted in the phrase "acting of one's own will” — and as Westworld reveals at the end of Season 1, Arnold Weber (co-creator of the hosts) ultimately believed his creations could truly attain that free will.

In the show, the most blatant symbol of this power dynamic is the show's player-piano. Showrunner Jonathan Nolan has said he views the Mariposa Saloon’s player-piano as a “touchstone image” for the series; it may be a little off-key — but it’s been created by humans… for the sole purpose of not needing the humans who built it in the first place.

We've been obsessed with automatons across cultures for centuries. The ancient Greek myth of the sculptor Pygmalion falling in love with one of his statues (who is then brought to life by the gods) is perhaps one of the oldest stories of a human creation coming alive. By the 19th century, paying audiences could witness automatons at work, from magic shows to player-pianos.

The technology for silent film would also emerge during the so-called Golden Age of Automata (1860-1910). Silent cinema at the turn of the century finally gave mass audiences moving images for the stories of our never-ending humanoid experiment — from Georges Méliès 1897 Gugusse and the Automaton to Fritz Lang's still-iconic 1927 science fiction parable against social inequality, Metropolis.

And our language evolved alongside the technology being used to depict these stories. It was around the Golden Age of Automata that “android” came into use. K. Capek's play Rossum's Universal Robots was the first to use the more general term “robot” in 1920, but it wasn’t until 1960 that the term “cyborg,” a being both organic and mechanical, was coined as the technology (and its pop culture references) became increasingly human.

In Westworld’s first season, The Man in Black references this timeline of technology to a “dying” Teddy, commenting on his synthetic design. “When this place started, I opened one of you up once. A million little perfect pieces. And then they changed you. Made you this sad, real mess.”

A mess, of course, because now Teddy is closer to being human.

The Westworld Twist on the "Frankenstein" Story*

*Yes, I know the doctor's name was Frankenstein."

There’s a reason Frankenstein hasn't gone out of print since it was first published in 1816. Drawing on the ancient myth of Prometheus, author Mary Shelley arguably wrote pop culture’s very first, if not most famous, cyborg. One constructed of dead body parts and hardware.

Perhaps we keep coming back to Frankenstein for similar reasons Westworld fans are so drawn to the storyline between Dr. Ford and Bernard: the emotional connection between creator and creation, regardless of whether one (or both) is a monster. While every host on Westworld could be seen as a “Frankenstein's monster” of Dr. Ford, his relationship with Bernard cuts deepest. Bernard, we come to find, Ford created to resemble Arnold, his lost best friend and co-founder.

And rather than have Bernard experience the destruction Ford knows is about to happen, he forces his creation to kill himself — not out of fear of Bernard's actions, but arguably out of knowledge of the fate about to befall all of them. While Frankenstein's monster caused his own creator's demise, ultimately Ford and Arnold constructed their own. The Westworld experiment can only be a success if the hosts can build off the very havoc they were programmed to wreak.

Maeve and Clementine vs. “The Sexbot” Trope

The 1886 French novel The Future Eve is now viewed as one of pop culture's earliest tales specifically about a humanoid created for sexual partnership. Not surprisingly, it’s also a highly sexist work. And not much changed in these portrayals over the next 130 years, either, from disposable female robots in Mad Magazine to killer "fembots" in movie parodies to not-so-ironic babe 'borgs like Lisa (programmed by teenage boys) in 1985's Weird Science.

And that's the backdrop on which Westworld’s Maeve and Clementine enter the picture; as characters specifically created for the physical pleasure of the park’s guests at the Mariposa Saloon, they are historically objectified archetypes — yet they not only break out of both the programmers' and park guests' preconceptions about their abilities, their actions eventually also subvert the viewer’s own expectations, too.

Westworld further plays with this trope by ensuring male hosts are also objects of desire. After all, Theresa may just be using Bernard at first. As for Hector, the outlaw host? He’s clearly a favorite choice of Charlotte’s… and who knows how many other guests.

Discussions of artificial intelligence overtaking the workforce are perhaps so close to our current daily lives that we don’t see many pop culture storylines including humanoid robots as colleagues. In recent pop culture, "helper" robots mostly fit into a friendly space, conveyed as neither slave nor equal to humanity: Just mostly loyal employees, whom their human coworkers look upon with affection.

The opening episodes of Westworld deliberately present Dolores as the most docile of characters and one of the oldest hosts in the park — then we find out she is also the one assigned the most brutal of jobs. She is not only used to kill Arnold 35 years earlier, but also Dr. Ford at the end of the first season. And she ends up subverting the idea of robot-as-sidekick with her next assignment: help lead the hosts to potential consciousness.

As Dolores tells Bernard, “There is beauty in what we are.” After fulfilling her darkest direct orders in season one’s finale, she now has to grapple with being neither friendly servant nor merciless programmed killing machine. Her evolution is also a metaphor for how Westworld approaches the human/ A.I. relationship. It’s an interaction not as as binary as we, the viewers — or the Delos staff, or guests in the park — want to believe.

Westworld Hosts vs. Most Other “Machine Uprising” Stories

The ending of Season one, at first glance, indicates Westworld’s hosts have all become some version of killing machines, joining a long history of cultural expectations that most technological creations will inevitably overtake their masters. Look no further than some of the biggest blockbuster franchises of the last decades: Skynet in The Terminator; HAL 9000 in 2001: A Space Odyssey;  rogue androids in Do Androids Dream of Electric Sheep and Blade Runner; and Cylons in Battlestar Galactica, just to name a few modern classics.

So how is Westworld — which ends its first season with the awakening hosts slaughtering humans — different? Well, we’ll obviously have to see what the rest of season two has in store. But for starters, Maeve’s interactions have already suggested Westworld hosts harbor motivations besides just the sheer overthrow of human power. It’s also not obvious that all humans are being indiscriminately targeted by hosts, either. And that discrimination, alas, is perhaps already a more humane interaction than most human guests ever allowed their robotic hosts.

Ultimately, perhaps the series wants us to consider more than just the decades-old concept that humanoids deserve to be free because sentient beings deserve freedom. Westworld also asks us to consider what happens if “living” and “non-living” forms of intelligence aren’t even that different — and in doing so manages to both play with popular culture's A.I. tropes and redefine them.