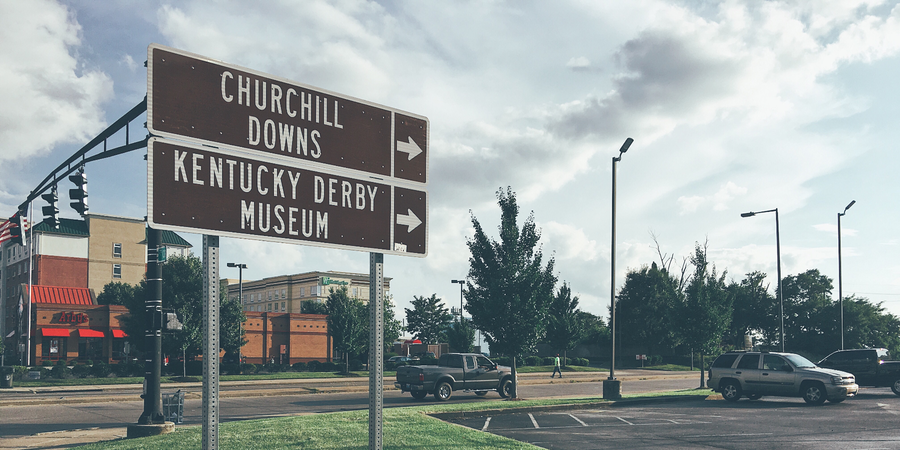 It didn’t take Louisville native Hunter S. Thompson long to find a bar at the Kentucky Derby. Slipping into the airport lounge before trying to secure lodging and press credentials for the race, his request for a margarita was frowned upon by a fellow patron, who steered the journalist toward a more socially acceptable bourbon on the rocks. A good choice, since Thompson was in Kentucky to profile what he referred to as the “whiskey gentry,” a risible admixture of “booze, failed dreams, and a terminal identity crisis.”

The now-famous renegade writer was contracted to cover the Derby by Scanlan’s Monthly, a fledgling magazine that was once investigated by the Nixon administration for being “un-American” and never made it out of the Seventies. As in his unforgettable Fear and Loathing in Las Vegas, Thompson’s seminal Scanlan’s essay, “The Kentucky Derby Is Decadent and Depraved” spares no one and skewers everyone, including himself.

And like Fear and Loathing, much of his tale from the 1970 Derby is told from a barstool, a casino, or at the wheel of a speeding convertible, a drink in one hand and a cigarette holder in the other. Which is part of the reason why Thompson delivered such a novel perspective on the annual event, a southern ritual where the well-heeled--and the proletariat--descend on Churchill Downs for, “The Most Exciting Two Minutes in Sports.”

Thompson wasn’t from the high-cotton side of Louisville, and he didn’t slide easily into the refined cocktail conversation of the old money set. But that was a good thing. His essay shattered the complacent conventions of existing journalism. Rather than focusing on the horse race itself and the celebrity crowd, Thompson leveled his lens on the debauchery surrounding the event, from the infamous infield to the infinite variety of clubhouse, terrace, grandstand, and plaza bars and restaurants, and the crowds that moved through them like disoriented cattle.

In approaching the Derby like this, Thompson provided a subjective lens through which to appreciate the sport as spectacle. His approach was eventually coined, “Gonzo journalism,” by an editor from The Boston Globe, and it imploded the formality of nonfiction reportage and placed Thompson in the counterculture spotlight. You might say it did for journalism what Pulp Fiction did for screenwriting. His subsequent jaunts in Vegas and on political campaign trails made the lanky eccentric a household name and legend of the trade. But it was that peerless gallop through Churchill Downs that brought a new brand of journalism to America.

More from the "Run for the Roses":

Managing the Madness of Derby Week