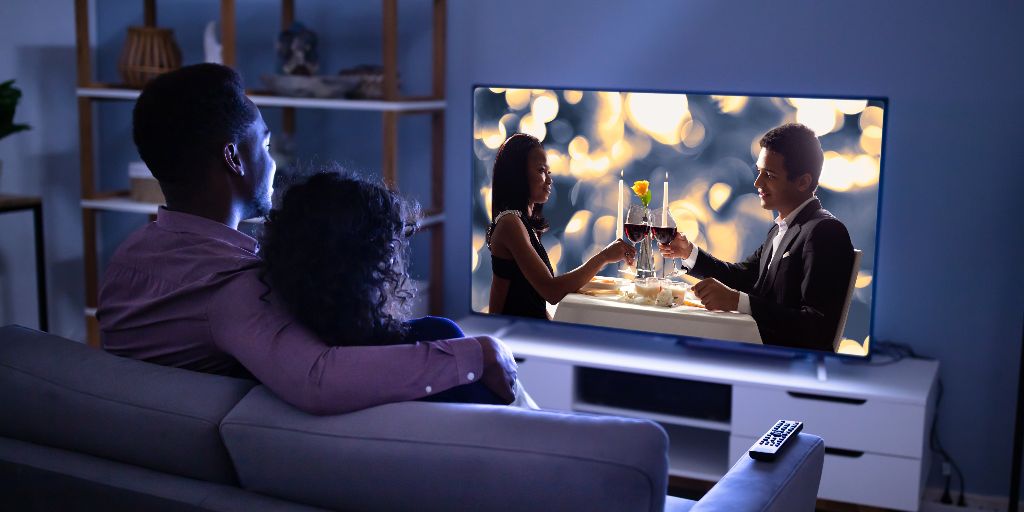 In Defense of Network Television

The fall came, and as in decades of falls before it, the broadcast networks rolled out a passel of new TV shows.

For many years, this audiovisual harvest festival arrived with great hoopla. This year, it seemed to creep in almost without comment, the usual commentators being more concerned with debating the best worst character on "Succession" than with noting that Patricia Heaton has a (very good) new sitcom on CBS. Given how television works now, in all its many platforms and delivery systems, with new series premiering any old time on the cable or web or wherever, and with the Attack of the Ten-Thousand-Foot Streaming Giants dominating the media news, the network fall season might seem to be edging toward irrelevance. Some would say as much of the networks themselves.

For years, the go-to metaphor for TV was a "vast wasteland" (per FCC Chairman Newton Minow, 1961). But in the premium platinum post-"Sopranos" age, we reflexively proclaim that television is not just better than ever — Bryan Cranston said it in just those words at this year's Emmy Awards — but possibly the Best. Thing. Ever. Often when this claim is made, the speaker is facing away from the old big networks — CBS, NBC, ABC et al. — toward the new(er) big networks, HBO and Netflix and Amazon and Hulu and the like. Indeed, only one broadcast series snagged any prime-time Emmys this year: NBC's "Saturday Night Live," which is not even in prime time.

Well, Emmys schmemmys. Making television to win awards is a recipe for television that looks like it was made to win awards. Do you imagine the gang at "NCIS" fret much about their lack of academy gold? Or do they sadly console themselves with regularly being named the most-watched series in the world? There is no social advantage in declaring oneself a fan of "Blue Bloods," yet there it is, embarking on its 10th season.

Broadcast television, however it arrives — by cable or Wi-fi or, old school, riding the waves of the electromagnetic spectrum — continues to offer something valuable. In a time when whatever does not swing for the fences is accounted a failure, as if only homers brought in runs, it has the quality of being ordinary. That's not to say dull — though of course it can be dull — but rather common and familiar, useful in the way of a screwdriver or a blanket. Broadcast! It's the original TV, legally bound by regulations and restrictions. It's shaped by a business model that requires filling a weekly grid of original programming, from 12 prime-time hours on the low end (the CW) to 22 on the high (CBS), that can draw a mass audience more or less year-round. And it's free: When you cut the cord or let your subscriptions lapse, you can grab it right out of the air.

Again, I don't mean that it's bland. There are, and almost always have been, intellectually interesting comedies on the broadcast networks, and there are edgy — edgy-ish — dramas in which we are invited to find awful things fascinating. But more often there are heroes you can root for with fair certainty that your investment will be rewarded; there are procedural dramas where justice is served within an hour, family comedies where even dysfunction leads to togetherness. Broadcast shows emphasize community and continuity. They are there for you week after week: You want to go where you know everybody's name, to twist a phrase. Where what falls apart reliably comes back together.

Indeed, the more that premium television strains to push an envelope, break new ground or flash its cutting edge, the more we should want to preserve the alternative. One does not always want to be "challenged," to be led down crooked alleys to a dark place that may be, after all, no more authentic than a place where the light shines. ("The Good Place," which is actually about Hell, is as sunny a show as you can find.) Sometimes a taste of molecular gastronomy may be just the thing, or something involving a root vegetable that grows only above 15,000 feet and must be picked by the light of a full moon. But other times a peanut-butter sandwich or slice of apple pie with vanilla ice cream would be nice, thanks.

Because the conservative economics of network TV dictate that series are usually ordered in chunks rather than a full season at a time, and because production often runs close to air, critics are often stuck assessing a new series' "potential." Yet it's the rare broadcast series that doesn't improve over time, refining character, building relationships, maybe getting a little crazy. The later seasons of "Community," an increasingly postmodern comedy that both mocked and enacted the aspirational tropes of situation comedy, could not have been predicted from its pilot.

Broadcast shows grow with their audiences, and vice versa, each responding to each. It's not a perfect model for art, necessarily, but it is an organic one. And for a viewer, watching week to week — making a regular date with a favorite show — brings its own rewards, like working your way slowly through that pint of ice cream as opposed to binge-eating it all at once, feeling way too full and maybe a little dirty, then starting the cycle over again with some other series. You may have experienced that existential crisis yourself.

Mainstream television series may be made with broad appeal, but that doesn't mean they're not smart. Or are we going to have to go to war over the merits of "I Love Lucy," "The Twilight Zone," "The Mary Tyler Moore Show," ""Good Times," "Taxi," "The Rockford Files," "Roseanne," "The West Wing," "Ugly Betty," "The Wonder Years," "Jane the Virgin" ... I could do this all day. There was never a smarter, or stranger, show than "Seinfeld," and in its last five seasons more than 30 million people watched it every week — and not just because there were fewer alternatives back then. Netflix recently secured five years of streaming rights for the series, for a sum reputedly upward of what its current owner paid for this entire newspaper; old broadcast stalwarts "The Big Bang Theory," "Two and a Half Men," "Friends" and "The Office" have been doing similar, even superior business with the warring streamers.

That the broadcast networks brought out relatively few new series this fall suggests that they are not panicking unduly over direction. Everything I've seen is pretty much on-brand, for better or worse, as your tastes may determine. I very much like ABC's sci-fi conspiracy thriller "Emergence," with Allison Tolman as a Long Island police chief fostering a girl with uncanny powers, which makes me nervous and keeps me watching; I'm keeping an eye on "Stumptown," with Cobie Smulders as a budding Portland, Ore., private eye, which made the promising move of bringing Donal Logue in as a cynical old pro for a couple of episodes; and looking forward to the moment when I can get back to "Carol's Second Act," the Patricia Heaton sitcom mentioned above, in which she stars as a woman starting a career in medicine at an age she would otherwise be retiring; "Bob Hearts Abishola," about a white middle-aged Midwesterner who falls for his Nigerian cardiac nurse, has a singular performance from Folake Olowofoyeku as the hearted Abishola.

NBC fielded a pair of appealing multiethnic ensemble comedies built on a "Bad News Bears" armature: "Perfect Harmony" — title ironic and yet not — with sad Yankee music professor Bradley Whitford taking charge of a church choir in a whimsical Kentucky hamlet, where a brawny guy can tell a scrawny one, "Come on, man, you're not mad at me, you're mad at the prison that is toxic masculinity" and the most powerful person in town is a black woman. "Sunnyside" has Kal Penn as a disgraced minor New York politician helping immigrants to become citizens; it's already been pulled from the air— the quick ax is one downside of the network model — but its remaining episodes are streaming on Hulu and NBC.com.

This is not what is meant by the "platinum age of television." It has nothing at all to do with the legacy of "The Sopranos," or the success of "Fleabag," Amazon's recent Emmy sweeper. But it is television, of an honorable sort, made with some care and thought and what feels like love. Does it reflect the "real world?" (Did "Breaking Bad"?) It's not made to blow your mind, but it might well ease it. It might not change your life, but it could make your day.

This article was written by Robert Lloyd from The Los Angeles Times and was legally licensed via the Tribune Content Agency through the NewsCred publisher network. Please direct all licensing questions to legal@newscred.com.