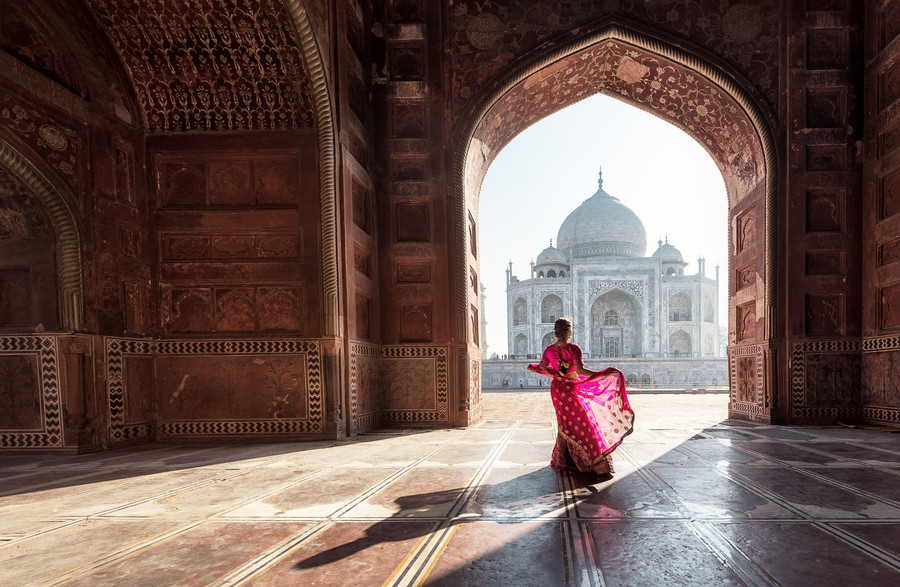 Legendary Japanese director Akira Kurosawa once said, “Not to have seen the cinema of Ray means existing in the world without seeing the sun or the moon.” One of cinematic history’s most groundbreaking filmmakers, Satyajit Ray, created 36 genre-spanning movies over the course of his career. And in 1992, just before his death, he was bestowed with an Academy Honorary Award.

Let’s take a closer look at the work of this prolific Indian writer and director with a selection of his greatest contributions to world cinema — all available to stream on HBO Max:

Ray’s first film, which won 11 international awards at the time of its release and dozens more thereafter, remains one of his most beloved. With a title that translates to “Song of the Little Road,” this is the first of what became known as "The Apu Trilogy."

Followed by “Aparajito” (1956) and “The World of Apu” (1959), they’re based on a series of Indian novels and follow the life of a young boy — first, alongside his parents and sister in their impoverished village and then as an adolescent leaving home to study before moving on to a troubled adulthood.

Inspired by Italian neorealism, and with a soundtrack by then-novice composer Ravi Shankar, the dreamy, documentary-like films “created a new cinema for India--whose prolific film industry had traditionally stayed within the narrow confines of swashbuckling musical romances,” like Bollywood efforts, according to Roger Ebert.

The new movement was called Parallel cinema, or New Indian cinema, and it moved away from song and dance to focus on Indian culture and society through an authentic lens of symbolic realism. The result? As the late, great critic said: “Never before had one man had such a decisive impact on the films of his culture.”

Widely regarded as one of the greatest films of all time, “The Music Room” tells the story of a performance-loving aristocrat, who refuses to give up his extravagant lifestyle to preserve what’s left of his family reputation.

It’s the unforgettable imagery and skillful cinematography, paired with the simple but enduring theme of foolish pride, that make this evocative film stand the test of time. And while it does indeed feature song and dance, it has nothing to do with Bollywood movies. Instead, the audience gets to be just another guest in this nobleman’s music room, privy to the playing of some of India’s most talented artists.

In this striking portrait of mid-century Calcutta, a young housewife takes a door-to-door sales job in spite of her tradition-following husband and in-laws. The first film Ray set in his hometown, “The Big City” shined a light on India’s urban middle-class of the mid-1950s and their shifting realities in terms of economics and gender roles.

In another rave review from Ebert from 1968, he called the film “one of the most rewarding screen experiences of our time… [due to] the serene narrative style of director Satyajit Ray and the sensitive performances of the cast members” — most notably 15-year-old Jaya Bhaduri Bachchan, who went on to become one of Hindi cinema’s most famous leading ladies.

Set in 1870s India, this title translates as “The Lonely Wife,” the story of a bored and isolated woman whose journalist husband is hardly around. To help, he enlists his cousin to nurture her creative interests, which leads to a painful love triangle. Though it's a drama about repressed desire, much of its genius lies in the silence itself and all the implications, nuance, and tension it’s able to produce under Ray’s direction.

Regarded as his finest achievement by Ray himself, the British Film Institute names him an artist for it and calls the film “so rich, subtle and complex...discreet and exquisite…[that it] effortlessly transcends categorization."

In this rich character study about the price of fame, a celebrity actor opens up to a reporter during an impromptu interview while traveling to collect an award. His arrogant public persona fades away as he delves deeper into memories of his past and personal life and struggles with the choices he’s made. Ultimately a meditation on the human condition, matched with a strong on-screen chemistry between the two leads, “The Hero” is another fan and critic Ray favorite.

Originally aimed at children and young adults, this cult classic detective story centers around the theft of a priceless elephant god statue. The celebrated sleuth, named Feluda — a Sherlock Holmes-like character that had already appeared in a previous effort by Ray — cuts his vacation short to solve the case with his trusty assistant. While Ray experiments with the genre, a host of intriguing characters and plenty of twists and turns reinforce the popularity of “The Elephant God” — also known as “Joi Baba Felunath” — generations on.

Interestingly enough, Ray wrote the script for “The Home and the World” back in the 40s, long before he even debuted his first film. Decades later, his vision came to life. Set in the early 1900s in colonial West Bengal, political history intertwines with a tragic love story when a nobleman introduces his wife to an attractive young revolutionary. In his love for her, the husband stands back to let her figure out her real feelings, whatever may come as a result. The central story lies within her heart and mind, deeply considered and carefully crafted as with most of Ray’s female protagonists.