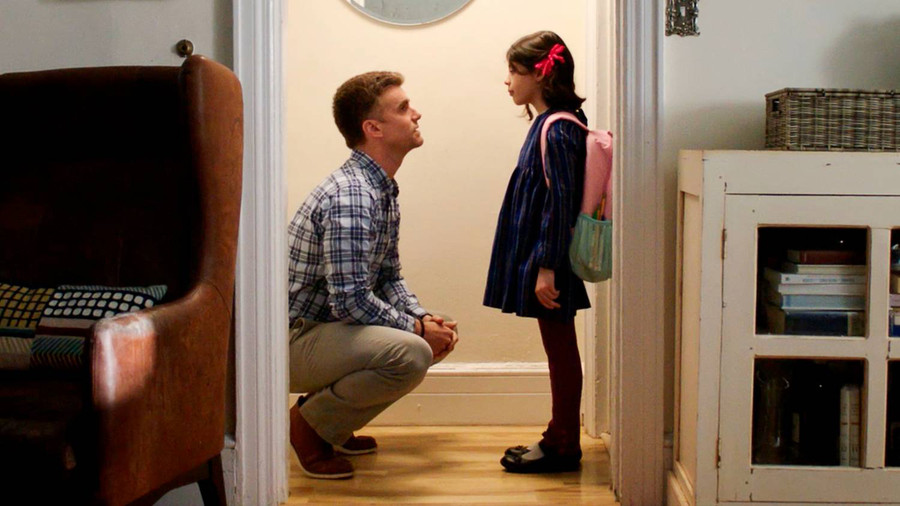 If you’re a fan of indie flicks and cult classics, then how about checking out a new selection of off-kilter, underdog stories about the immigrant, first-generation, and Latinx experience at large. Make the most of your streaming possibilities during Hispanic Heritage Month, or any time of the year, and enjoy excellent independent cinema from across Latin America and beyond. Let’s take a look.

A New York Times Critic’s Pick, "Los Días de la Ballena" — translated as "days of the whale” — tells the story of two teenage graffiti artists experiencing life’s firsts in the city of Medellín, Colombia. Tensions rise when they decide to paint a mural over a criminal gang’s threatening message, establishing the bold strength of youth in the face of fear, violence, and universal growing pains. “The cast is appealingly natural, the cinematography subtly seductive, and the Colombian pop songs on the soundtrack establish a sinuous groove,” says the NYT, and with 100% on Rotten Tomatoes, you won’t want to miss it.

Written and directed by Patricia Vidal Delgado and presented in black and white, this searing immigrant story follows Aleteia (Monica Betancourt), an undocumented teenager from El Salvador growing up in Los Angeles. When she transfers to a new high school, she makes sure her voice is heard as she makes progress in her underground activism efforts. But when her temporary protection status comes into question, everything she’s worked for — and her future in the only home she’s ever known — is thrown up in the air. The Los Angeles Times calls the film “a Latino-centric project with queer notes and major topical value, [in which Aleteia’s] fight (and that of those she represents) is communicated thunderously.”

In another film that deals with the hardships undocumented immigrants face, “Long Gone By” tells the story of single mom, Ana (Erica Muñoz), who is from Nicaragua and works every day to provide her daughter with the best opportunities she can get in the United States. And while critics don’t necessarily agree on the filmmaker’s choice on how Ana obtains the funds to send her daughter to college, “Andrew Morgan’s gut-wrenching drama...is another production with its heart in the right place and its mind on the struggles of undocumented people trying to survive in a system built to keep them excluded.”

Directed by Jason Chaet, “Seneca'' debuted at the 2019 HBO New York Latino Film Festival to critical acclaim. In the wake of Hurricane Maria, the film follows a frustrated Puerto Rican actor (played by co-writer Armando Riesco) trying to make sense of what’s happening to his marriage, career, and homeland while navigating fatherhood and show business in New York City.

Decider calls the indie flick “a well-meaning story of a modern Latino-American man's struggle to define himself,” while Remezcla recommends viewing the character study as an attempt “to show how the island and the working actor alike suffer from misconceptions, indifference, and outright bigotry in ways that ripple out and hurt.”

With a 97% Certified Fresh rating on Rotten Tomatoes, this independent effort from Sante Fe Productions received immediate rave reviews when it came out in 2004. Following a young woman (Catalina Sandino Moreno) as she pursues the promise of a better life outside her rural Colombian town, “Maria Full of Grace” takes viewers right into the heart of the terrifying realities associated with human and drug trafficking. The poor, pregnant girl unwittingly becomes a drug mule, risking her life to transport heroin to New York, where more trials and tribulations await her — as well as a new chance at life.

“First-timer [Joshua] Marston concentrates on getting the details right and letting the story speak for itself,” says Newsweek. “You will know exactly what it feels like to ingest 52 pellets of contraband before stepping onto a plane to Newark: the movie puts us in Maria's shoes, taking us step by suspenseful step through her physical and spiritual ordeal.”

Based on the book of the same title, this “delightful coming-of-age comedy-drama” takes a look at the first-generation Mexican American experience through the eyes of a girl named Ana (America Ferrera in her debut role). As she tries to juggle family duty and cultural expectations, alongside financial constrictions, college aspirations and a blossoming relationship with her first boyfriend, pressures rise and come to a head — only then can she make her own decision about her future. Lupe Ontiveros and George Lopez co-star.