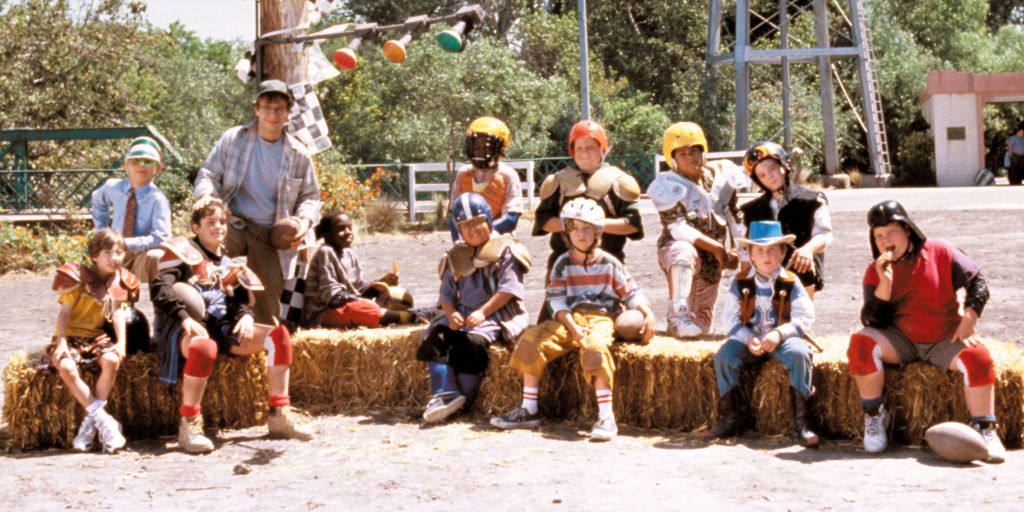 Missing sports? So are we.

And have your kids requested Moana so many times that you’re starting to relate to Heihei the rooster?

Well, we have the perfect solution: Why not try introducing your kids to your favorite childhood sports films? We've compiled a list of classics that your kids will absolutely love. These picks might even make you nostalgic for the 90s and help fill the void left by the current suspension of live sports.

If you or your kids have caught any of ESPN’s The Last Dance, then it’s time to introduce them to Michael Jordan’s best mid-retirement decision: Space Jam. The half live-action, half animated sports comedy film has Jordan being recruited by the Looney Tunes to help them defeat the Monstars. The film is pure magic and boasts an impressive cast of other basketball greats including Larry Bird, Charles Barkley, Patrick Ewing and Larry Johnson.

If all that is not enough to sway your kid, tell them that the sequel, set to be released in 2021, will star LeBron James.

Speaking of MJ… We all have a favorite pair of shoes. But what if one day those shoes launched you into NBA stardom? That’s what happened when fourteen-year-old Calvin Cambridge laced up a mysterious pair of sneakers inscribed with the initials “MJ.” Lil Bow Wow stars in this 2002 comedy opposite an impressive cast of NBA players and reporters alike. Appearances include Vince Carter, Allen Iverson, Jason Kidd, Steve Nash, Chris Webber and Dirk Nowitzki.

And no, we are not talking about the movie with Jaden Smith, we’re talking about the Karate Kid. Sure, this pre-dates our 90s claim, but no classic sports film list is complete without Karate Kid. This Ralph Macchio and Pat Morita-led film follows a teenager learning karate in order to defend and compete against his bullies. If your kids love this – and they will – make sure to also introduce them to Karate Kid II and Karate Kid III. We just cannot imagine a world in which the youth don’t know who Mr. Miyagi is or the origin of "wax on, wax off." 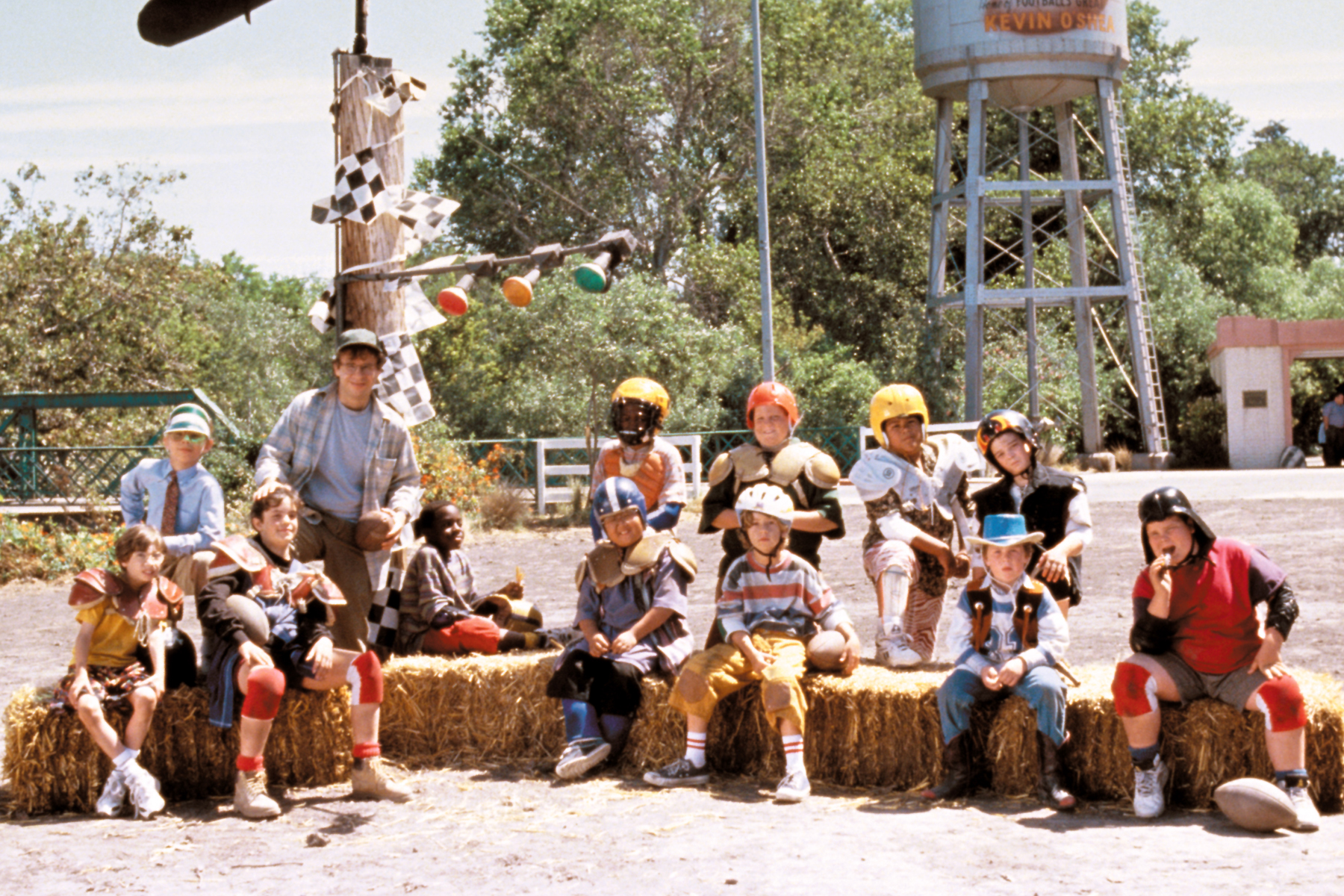 After being in quarantine this long, a little sibling vs. sibling action is a story virtually all of us can relate to. Little Giants follows a group of misfits who form their own football team after one of them is rejected by the local team. The film stars Rick Moranis and Modern Family’s Ed O’Neill and features bonus cameos by John Madden, Emmitt Smith, and Bruce Smith.

This is the stuff little kid dreams are made of. Following the removal of his arm cast, twelve-year-old Henry discovers he can throw a 100-mph fastball. He is signed by the Chicago Cubs and becomes their pitcher. However, being a twelve-year-old amongst men isn’t easy. Neither is staying humble or remembering to do your homework. The film features appearances by real-life baseball greats Barry Bonds and Bobby Bonilla.

On the subject of twelve-year-olds and MLB, there’s also this sports classic from 1994. Only this time, instead of just calling the shots on the mound, this kid is calling all the shots. When his grandfather dies, Billy Heywood learns he is the new owner of the Minnesota Twins. As you can imagine, no one wants to work or play for a twelve-year-old. After increasing tensions, Billy names himself the manager instead, promising his only focus is getting the struggling team out of last place. This film touts an impressive list of Major League Baseball players, including but not limited to, Ken Griffey, Jr., Sandy Alomar Jr., Randy Johnson, Paul O’Neill and Lou Piniella.

We listed all titles in this franchise because the trilogy went on to become quite the cult classic. Following his arrest, Gordon Bombay (a young Emilio Estevez) must complete 500 community service hours in the form of coaching a local youth hockey team. This woefully underprepared team’s first matchup happens to be against The Hawks, the very team Bombay used to play for. At their heart, these movies are about teamwork and seeing something through to the end. And remember, ducks fly together.

While there’s no crying in baseball, there might be crying that there is no baseball. A League of Their Own is a fictionalized account of the real-life All-American Girls Professional Baseball League. With World War II recruiting the nation’s top men, the future of Major League Baseball seemed bleak. However, a women’s league finds funding, success and ultimately captures the nation's (and our) heart. Directed by Penny Marshall and starring an impressive cast led by Tom Hanks, Geena Davis, Lori Petty, Rosie O’Donnell and Madonna, the film is simply great.

Check out these films and more on DIRECTV and AT&T TV.