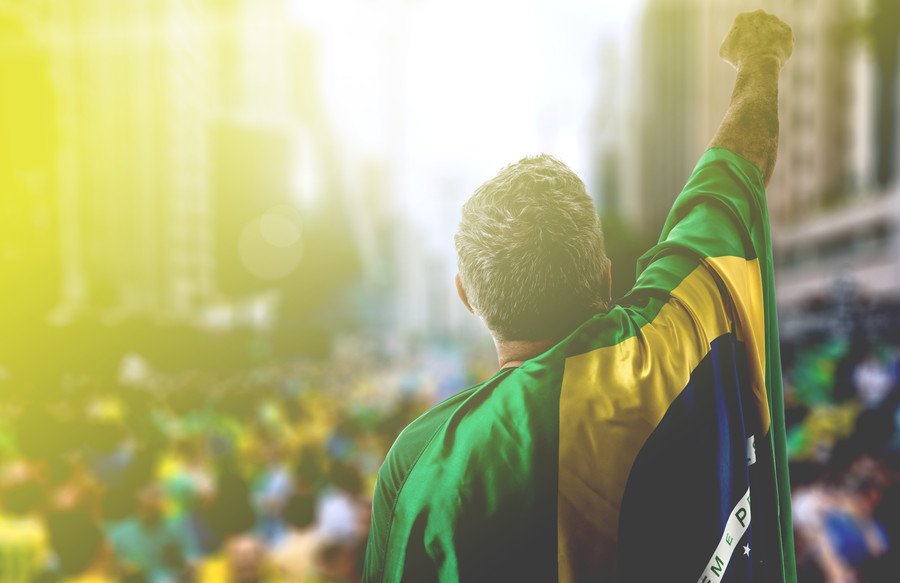 Is Brazil Back? The Seleção Return

When the Brazil national team pulls on their iconic canary-yellow kits and hits the field for the 2018 World Cup, they will be striving to return to World Cup royalty status. At the same time, the disappointment of the devastatingly catastrophic 2014 loss to Germany in front of their home country still leaves a bad taste in their mouths. Will the team that’s captured five World Cup victories be able to retake the throne?

The Seleção are vastly different from the team they were four years ago when they collapsed under Germany 7-1 in the 2014 World Cup semi-finals. Ranked 2nd overall going into this year's World Cup, they're sitting at the top of many prediction lists to win it all. New management, big-name talent, and a renewed focus has revitalized Brazil just in time for a long 2018 World Cup run.

What drove this rapid transformation? One word: Tite. Since summer 2016, the leadership of Manager Adenor Leonardo Bacchi, commonly known as Tite, has made this team unrecognizable from the one that suffered the heartbreaking defeat of 2014. In fact, FIFA's own team rundown describes Brazil’s transformation since Tite arrived as “nothing short of remarkable.”

Tite has led Brazil to 16 wins, three draws, and only one loss, which happened during a friendly match-up against Argentina.

Tite's tactical ability to balance defensive and offensive play has transformed the way Brazil takes the field. In the 4-1-4-1 system, four defenders stay back for firm defense while four midfielders handle offense ahead of a holding midfielder, designed to pivot, with a very talented striker front and center. This creates a balanced system for a strong team to strike when necessary and defend the net when needed.

For the 2018 World Cup, Tite has composed a strategy that focuses on emphasizing his players' strengths, with a roster that is once again as talented as in decades gone by. Now it's up to the players to prove themselves to the Brazil faithful and solidify themselves alongside the great Brazilian teams of the past.

Neymar (aka Neymar da Silva Santos Júnior) is of course the man to watch on the Brazil national team, ready to take the field once again as the true star that Brazil knows him to be. With a dangerously talented team beside him, Neymar has really matured his playing style and can be Brazil’s most dominant player on the pitch.

Though Neymar recently returned from injury, he seems ready to go. Neymar stunned fans in his return to play in a recent friendly vs. Croatia with an incredible goal to help Brazil achieve a 2-0 result. If you're of the mindset that soccer is boring, then watch Neymar – you will definitely be entertained for the full 90 minutes.

However, Neymar isn’t the only talent to be relied on. Many of the Selecao are up to the challenge. Tite was very careful in selecting the perfect lineup for his system, while also managing to fill the roster with plenty of star power. Philippe Coutinho and Juventus’ Douglas Costa are among two others who can strike from pretty much anywhere on the pitch.

Gabriel Jesus is another young gun who is ready to announce himself to the world. Tite seems to have immense confidence in Jesus's ability and believes he can do some damage come tournament time.

Roberto Firmino is yet another extremely skilled striker who will be gracing Brazil’s front line this Summer. Firmino is an artist with the ball, knows the game and is the perfect companion to his other world-class teammates.

Prepare for the Brazil goal highlight reel from Russia to be as diverse and insane as imaginable. Their group of elite scorers are a golazo machine.

The past is the past for Brazil. This is a completely new team, and the Seleção are ready to dominate on the world stage yet again.

Don’t be surprised to see Brazil in complete command from the first moment they take the field. Brazil is most definitely back, and we're ready to watch a World Cup where they're under huge pressure to live up to their nation's great legacy. Plus, chances are high that Brazil will battle Germany again this year in an epic grudge match.

The difference? Brazil is revitalized and primed to win.