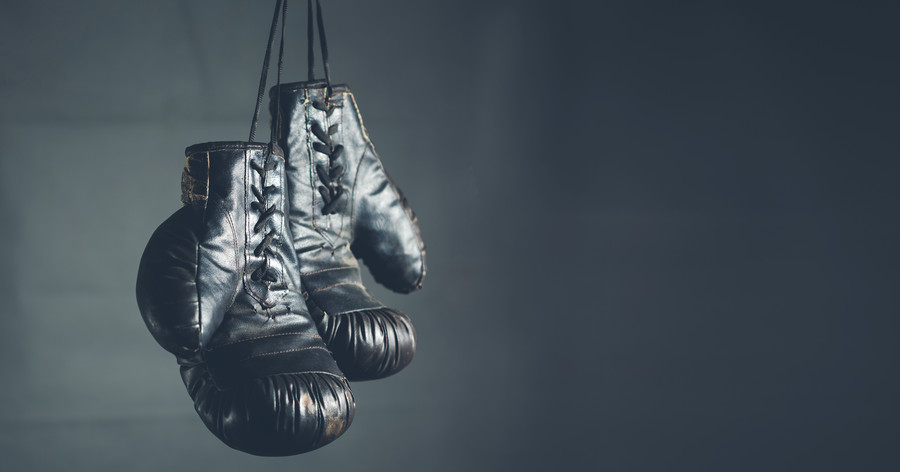 Bigger, more brolic heavyweights are typically associated with being explosive knockout artists, yet boxing’s premier knockout king may be a 135-pound lightweight.

In a division teeming with technicians, Gervonta ‘Tank’ Davis (23-0, 22 KOs) is a pugilist demolitions expert, collapsing opponents at a prolific pace. It's been seven years since an 18-year-old Davis scored an 89-second stoppage in his professional debut and he hasn't stopped plugging away. His 22 knockouts in 23 sanctioned fights gives him a higher knockout percentage than former heavyweight champion Deontay Wilder or any other reigning champion besides light heavyweight champion Artur Beterbiev.

On October 24, Davis will be tested against Leo Santa Cruz (37-1-1, 19 KOs) in his first Pay-Per-View headline fight. In an additional twist, Davis’ WBA ‘regular’ lightweight title and Santa Cruz’s WBA super-featherweight championship will both be on the line. If the past is prologue, Davis is on the verge of becoming a household name.

Stylistically, Davis is the complete opposite of his mentor and promoter, Floyd Mayweather, Jr. He’s a southpaw who prefers to mix it up and exchange cannon fire from point-blank range, rather than pivot, defend deftly, and counterpunch from a distance. Instead, Davis’ relentless, pressure fighting style is turning him into one of boxing’s biggest draws. Davis’ leaping right hook to the side of Mario Macias’ head in 2016, which crumpled his opponent 30 seconds after the opening bell, encapsulates the dynamic power he’s become known for.

Despite Davis’ obsessive penchant for delivering knockout blows, critics argue his resume is missing a notable opponent to solidify his reputation. There’s no bigger name at the moment than WBA, WBO, and WBC Super Champion Vasiliy Lomachenko (14-1, 10 KOs), the No. 1 pound-for-pound fighter in the world. Since Davis vacated his super-featherweight titles in February of 2019 to join the lightweight divisional crucible, he has been nipping at Lomachenko’s heel.

It took 12 rounds for Davis to flatten 38-year-old former champion, Yuriorkis Gamboa, in his most recent lightweight title bout. The win also marked the first time in Davis' professional career that he was pushed past the ninth round. Gamboa's claims that he tore his right achilles tendon suffered during the fight has given skeptics the opening to question both the merit of Davis’ win and his readiness for more skilled lightweights.

With a nickname like "Tank", you’d imagine a physically imposing force, not a mini-Tyson tightly-wrapped in a diminutive 5'5½" inch frame. In fact, Davis is dwarfed by most of his lightweight peers, who range from 5'7" to a relatively gargantuan 5'10". However, the bigger they are, the harder they fall, and Davis compensates for his size and reach disadvantage with blazing hand speed.

If Davis can overwhelm the lightweight division with the same devastating efficiency he conquered the featherweight division with, he could be on pace for a Manny Pacquiao-like career. Like Davis, Pacquiao was a smallish southpaw who matriculated into higher weight classes without skipping a beat.

However, for every Pacquiao, boxing catacombs are littered with the cautionary tales of fighters who hit a wall after moving up in weight classes. Mikey Garcia (40-1, 30 KOs) moved up two weight classes after he was decimated by the much bigger Errol Spence Jr. for his first loss in their welterweight title bout.

The worst-case scenario for Davis is to endure a downfall akin to Adrien Broner’s: At one time, Broner was ranked as high as No. 6 on The Ring Magazine’s pound-for-pound rankings, but lacked a high-quality win over a signature opponent on his resume. After moving up to the 147 lb. welterweight class, an undefeated Broner was found wanting against Marcos Maidana and he has since stumbled into the peripheries of championship boxing.

Lomachenko v. Davis is the fight Mike Tyson wants to see, but Mayweather is being protective of Davis’ career. “There’s no rush,” Mayweather explained back in January. “We’re gonna be smart. We [are] gonna move and let him make money, and let his money build. And when the time is right, we’re gonna take the fights we need.”

There have also been professional and personal miscues, including a public assault of his girlfriend-at-the-time, which have led to legitimate questions about his maturity. In May of 2017, Davis needed three attempts to cut weight and make the 130 lb. weight for his IBF Lightweight title defense. In August of that year, he was stripped of his title after weighing in two pounds over the 130 lb. limit. Then, prior to his December fight against Gamboa, Davis weighed 136.2 lbs., or 1.2 lbs. over the limit. Davis returned 90 minutes later weighing in at 134.8 lbs.

There are reasons to be upbeat about Davis’ potential. Lomachenko and Davis have only one common opponent: In January of 2017, Davis defeated former super lightweight champion Jose Pedraza in seven rounds en route to his first title belt at 22. Two years later, Lomachenko endured 12 rounds to win by decision against Pedraza.

However, there’s no guarantee he’ll get to Lomachenko first. Davis is surrounded by prodigies jostling for position. Ryan Garcia, 22, holds the interim lightweight title. Devin Haney, 21, became boxing’s youngest active titleholder last fall and already has Lomachenko and Davis in his crosshairs. Teófimo López, 22, is facing Lomachenko for his unified titles on October 17. Shakur Stevenson, 23, the Olympic silver medalist, recently vacated his WBO featherweight title to move up into the junior lightweight division.

Every fight at this stage of Davis’ career is a fork in the path and the boxer’s future hinges on his performance against Santa Cruz. Lomachenko hasn’t proven he can be a major draw, but if Davis thrives against Santa Cruz, he could be just what the lightweight division has been waiting for.