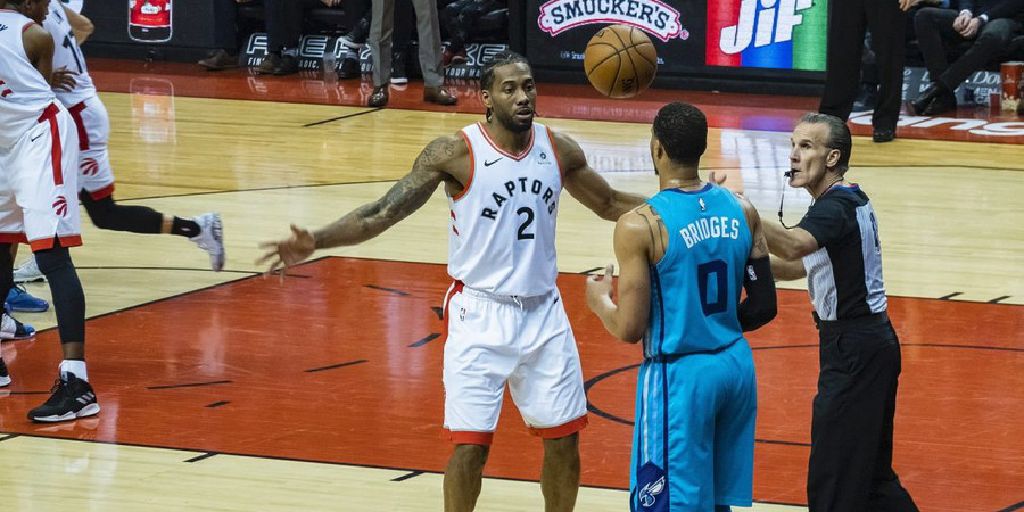 Is Load Management the Future of the NBA?

Load management is causing tension between the NBA and its fans. (Via Wikimedia)

Last season, Kawhi Leonard made headlines after he sat out 22 games due to “load management,” opting to rest his body while he was still recovering from the quad injury that sidelined him for much of the 2017-18 NBA season. He went on to help the Toronto Raptors win their first title in team history, all while leading the league in minutes played during the playoffs.

This season, the Los Angeles Clippers forward has brought the issue back into the mainstream conversation, after sitting out his team’s nationally-televised game against the Milwaukee Bucks on Wednesday night — for the second time this season.

Many fans and pundits have criticized Leonard and the Clippers organization for his sitting out so often and so early in the season. ESPN analyst Doris Burke even called it “ridiculous” and said that the NBA has a problem on its hands.

Competitively, resting Leonard makes sense for the Clippers. Last season, it was proven that not playing him in back-to-back games in order to keep him healthy for the postseason worked for Toronto. The Raptors still managed to go 17-5 without him and a well-rested Leonard exploded in the playoffs, averaging 30.5 points per game en route to the championship. It seems the Clippers, a favorite to win the title this year, are implementing this same strategy of load management in hopes of replicating the Raptors’ success.

While this may work out in the long run for the Clippers, many fans are displeased with the plan. When Leonard sits, thousands of fans who paid to go see him play are left feeling disappointed and angry. On Wednesday, fans were critical of the decision to sit Leonard since it robbed them of the chance to watch him face off against Bucks star forward Giannis Antetokounmpo — a rematch from last season’s Eastern Conference Finals.

Load management is creating a clash between teams and NBA fans — the Clippers want to preserve their star player’s condition as well as they can in order to have a higher chance at winning the championship, while fans want the high-value entertainment they pay for each night.

Many argue that other stars in the past have played all 82 games without rest and that Leonard is soft for sitting out.

Michael Jordan, for example, missed a total of just six games in his six championship seasons with the Chicago Bulls. Jordan, currently the owner of the Charlotte Hornets, was recently in the headlines for comments to his players, reportedly saying “You’re paid to play 82 games.”

In 2017, the NBA implemented a rule prohibiting teams from resting healthy players in high-profile nationally televised games, attempting to placate its fans and lose as little money as possible. The league can pass a $100,000 fine against teams who break the rule. However, this rule has not proven effective so far, as the Raptors were able to rest Leonard for 22 games last season without retribution. In the two games Leonard has missed this season, the Clippers cleared his absence with the league, classifying his rest as injury-related. Even if the NBA were to fine the Clippers, billionaire owner Steve Ballmer would likely not worry about the $100,000 fine if Leonard’s rest led to an NBA championship.

In order to fix this problem, the NBA must not attempt to force players to play, as that has not worked so far. Instead, the league must look to the root of the problem, the length of the regular season. However, decreasing the amount of games would lead to a revenue loss for the league. Without a clear solution as of yet, it seems that the issue of load management will continue to be a talking point for a while.

A version of this article appears in the Monday, Nov. 11, 2019, print edition. Email Arvind Sriram at [email protected]

This article was from New York University / Washington Square News and was legally licensed through the NewsCred publisher network. Please direct all licensing questions to legal@newscred.com.