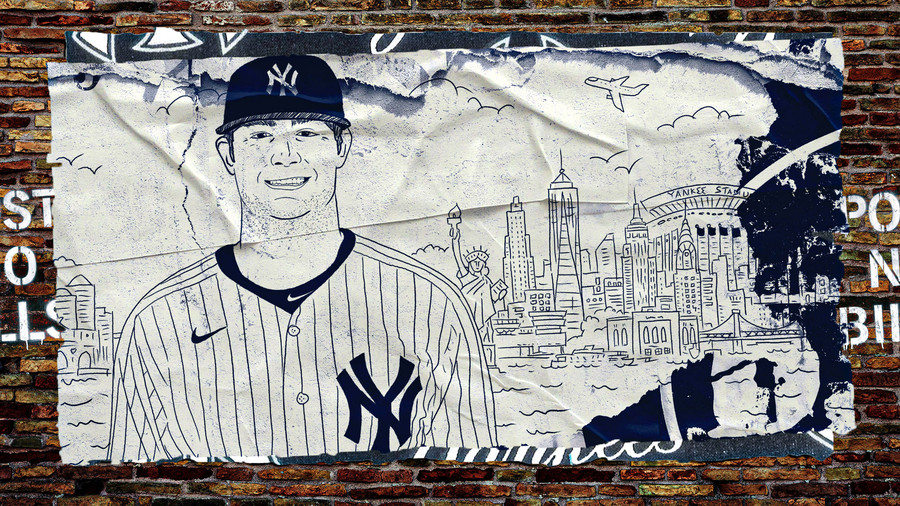 Last year’s MLB winter meetings forecast a chilly free agency market, with many throughout the game wondering whether the hot stove was a thing of the past. This offseason heated up in a hurry.

Just before midnight on December 10, Gerrit Cole signed with the New York Yankees for a whopping $324 million over nine years. The deal blows past the previous record for a pitcher—set the day before by the Nationals’ Stephen Strasburg—by almost $80 million. The Yankees’ “championship-caliber effort” landed their man, inking a deal that eclipses what the Pirates have paid their free agents over the last 25 years combined, and one that’s set to define the majors for the next decade.

It seemed destined to happen. Though he was born and raised in Angels territory, Cole grew up a Yankees fan. In fact, they drafted him straight out of high school with the 28th overall pick in the 2008 draft. “Obviously they’re my favorite team,” Cole said at the time. However, he decided to honor his commitment to the UCLA Bruins, spending three years in Westwood before being selected by the Pittsburgh Pirates with the first overall pick of the 2011 draft.

Cole cemented himself as a solid front-end starter and a potential star in Pittsburgh, but in 2017, he took a step backwards, allowing 31 home runs and finishing the year 12-12 with a 4.26 ERA. The Pirates shipped Cole to the Houston Astros in exchange for just four decent prospects.

Like a number of other Astros pitching acquisitions, Cole radically improved upon his arrival in Houston. By increasing the frequency of his curveball usage in lieu of his changeup, opposing hitters had to respect another breaking pitch. In 2019, Gerrit Cole’s overpowering 100 MPH fastball became the best in baseball, while his 90 MPH slider was the ninth-best.

The upgraded arsenal improved Cole’s numbers across the board, decreasing his ERA by nearly a run, his WHIP by .200, and averaging four more strikeouts per nine innings. He struck out over 35 percent of all the batters he faced with the Astros in 2018 and 2019, finishing those seasons with 276 (third) and 326 (first) strikeouts respectively. And while he finished second in AL Cy Young voting to teammate Justin Verlander (and, some would say, his superior narrative), Cole’s 2019 season was one of the most dominant pitching performances in recent memory.

All that is to say: if the Yankees get a reasonable facsimile of Cole’s last two seasons, they’re in good shape to end their decade-long championship drought. If he gets even better, they might own the next decade outright. Signing the most dominant pitcher in the game takes them from a dependable contender to MLB’s team to beat.

Last year, without slugging outfielder and 2017 NL MVP Giancarlo Stanton or two-time All-Star Luis Severino for nearly the entirety of the year, they still won 103 games—good for the second-best record in the American League. Replacing their fifth starter with Gerrit Cole suddenly gives New York one of the strongest rotations in baseball, shoring up the club’s perennial weakness. Already possessing perhaps the strongest bullpen of all time and the highest-scoring offense of 2019, the Yankees are poised to dominate for the foreseeable future.

The Yankees look so strong that competitors are readjusting their long-term plans, leaving budgetary bullets in the chamber for a run after the Bombers’ window has closed. The Cubs and Indians, opponents in a thrilling World Series just three years ago, are tearing down their competitive rosters. The perennially free-spending Red Sox themselves the champs just two seasons ago, look down I-90 and decide they may trade MVP right fielder Mookie Betts in advance of his own huge payday rather than pay the luxury tax.

And of course, there’s what the move does to the Astros. Stealing the best player from the team that’s knocked you out of the playoffs twice is as zero-sum as it gets.

Although there is a chance Cole reverts to his sub-optimal performance in Pittsburgh, gets snakebitten by unforeseen injuries, or (most probably) fails to perform at an elite level through the latter part of his contract, Cole’s acquisition will likely be a boon for the Yankees. Having swung and missed on star pitching free agents over the past decade, this was a pivotal opportunity to acquire one on the open market. If they can avoid major injuries to their stars and Cole continues to pitch as well as he has, the Yankees should be World Series favorites for years to come.