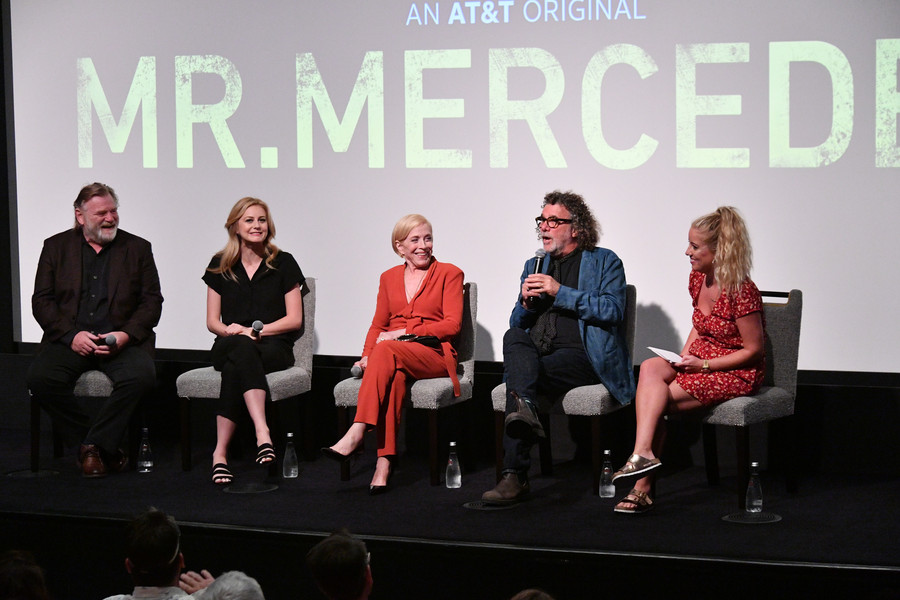 Jack Bender: The Man Behind the Mr.

Jack Bender is a man who has brought us amazing moments. He broke our hearts on Game of Thrones (Hold the door!), he lead us through a mystery box maze on Lost, and (most recently) he's scared us senseless with Mr. Mercedes. Bender's unique sensibility shines through in everything he directs but it is truly radiating through the newest season of the Audience original series. Why is this detective series with a horror bent so addictive? We asked the man behind the wheel (no pun intended) to find out.

You’ve directed some very memorable episodes of shows like LOST, The Sopranos & Game of Thrones. What initially drew you to Mr. Mercedes?

Stephen [King] and I were trying to find something to do together after Under the Dome. One day, I get this thick package in the mail and it was the galleys to the book. I read it and loved it! What drew me to it was the fact that Stephen King had never written a detective novel—but this was so much more—it’s all about these characters. We debated at first if it should be a movie or a 10 episode series, and we really felt like it needed to be a series because of these characters. The key to its success would be casting—they had to be so compelling, so rich.

Were you a fan of hard-boiled detective stories to begin with?

Sure! I mean, I grew up with all the great movies. Watching things like The Maltese Falcon. I loved all that stuff as a kid, but I don't think I was a massive fan of detective novels, per se. Let me put it this way, I wasn't looking for the next great detective novel.

It’s really riveting to watch a narrative unfold from the point of view of both the protagonist and the antagonist. Was this something that you enjoyed playing with? With Brady in particular, it’s disorienting how during Season 1 sympathy could grow for him even as we got deeper into his demented mind.

That’s all because of David Kelley. When I got him to write the pilot, he said, "We have to have sympathy for Brady.” He was so right and thankfully with Harry Treadaway, that alchemy came together. I always saw the relationship between Hodges and Brady like the gunfighter and the sheriff facing off. That love and hate affair, that life and death relationship. And it still very much exists during Season 2. Of course, the challenge is that Brady is in a coma.

What can you tell us about Season 2?

There's no question that the hardcore Stephen King fans are gonna love the water we dip into, following Brady. It was my job to make sure we didn't fall over Niagara Falls and suddenly become Carrie White. Because that wasn't what the show was, and yet we needed to stretch the envelope a bit. I truly believe that the season only gets more compelling, more entertaining, and more threatening—I really hope people love it.