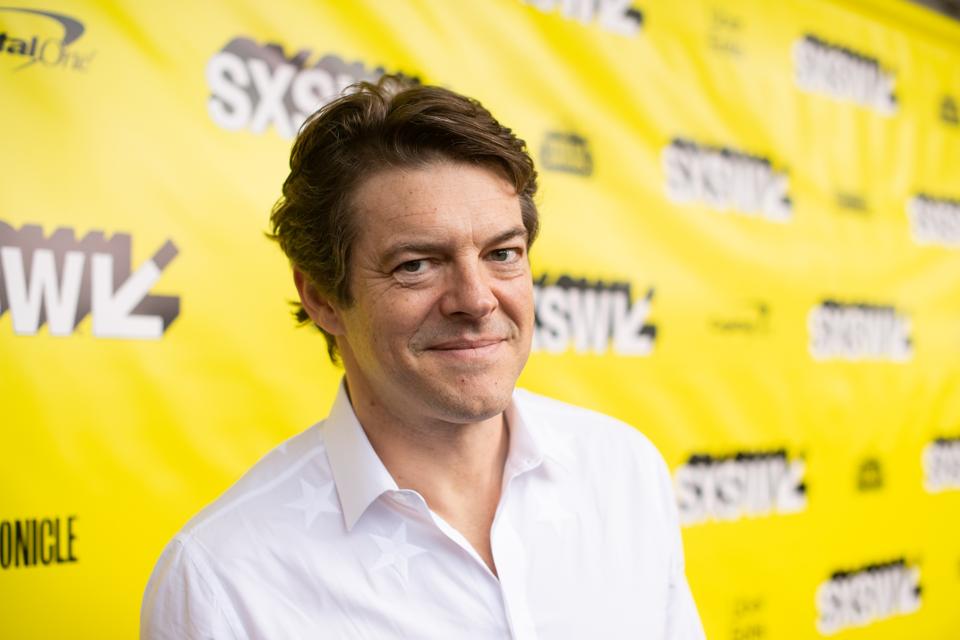 Jason Blum photographed at the 'Us' Premiere at the Paramount Theater in Austin, Texas.

October 2020 is a big month for Blumhouse Productions, but it is perhaps not the one the company expected.

The month will see a wave of content from the already prolific operation, anchored by the four-film anthology Welcome to the Blumhouse on Amazon's AMZN Prime Video, something that could become a Halloween tradition.

"Well, that's what I'd like to do. If it's popular, and enough people see it, we'll get to do it," enthused producer, founder, and CEO of Blumhouse Productions, Jason Blum. "We were going to do it for this year and next year, that's as far as the deal is set for. I hope that we continue to do it for many Octobers."

The four films, The Lie, Black Box, Nocturne, and Evil Eye, lean more towards the dramatic than the horrific, dealing with relationships as much as anything else.

"I always look at horror as dramas with scary elements, as opposed to those executives who don't like horror, they look at it as killing people with some story stuck between the kills. That's why so much of horror is bad," Blum explained. "You've got to look at it the other way. Does the movie work as a drama if you took out the violence or took out the genre elements? It's a litmus test, and we put most of our movies through that."

"If you look at most of our movies, they will work without the violence. Many horror movies won't, and they tend to be not so good. The key to a great horror movie is the same as the key to any movie or show, and that is storytelling, not how you cut someone's head off. The emphasis of for us is storytelling as opposed to action sequences."

With a successful track record in TV and film, were all of the Welcome to the Blumhouse movies intended to be features, or were any presented as serials?

"Not this time and with these, but that certainly has happened before," Blum explained. "For instance, The Good Lord Bird, which landed on Showtime this month, Ethan Hawke brought that to me and said, 'Let's do it as a movie.' I told him we couldn't do it as a movie but wondered if he'd do it as a show. However, all eight pieces in the Welcome to the Blumhouse strand were conceived, at least when they came through our door, as movies."

While the pandemic has crippled the film industry, especially movie theaters, although not escaping unscathed, Blumhouse found itself well-positioned to weather the storm. Their continuation of the story started by The Craft, The Craft: Legacy, lands on premium video-on-demand on Wednesday, October 28, 2020.

"I think PVOD will ultimately be great for a movie-going. I think that after there's a vaccine, and it's safe to go back to movie theaters again, you'll see a lot more movies and movie theaters playing for a lot shorter time," mused Blum. "Those things are connected because there'll be room for more. The theatrical audience is always complaining that all there is in the movie theaters is horror movies and tentpoles. I think that's all going to change. Honestly, for those of us who make movies and love movies, I think that's great." 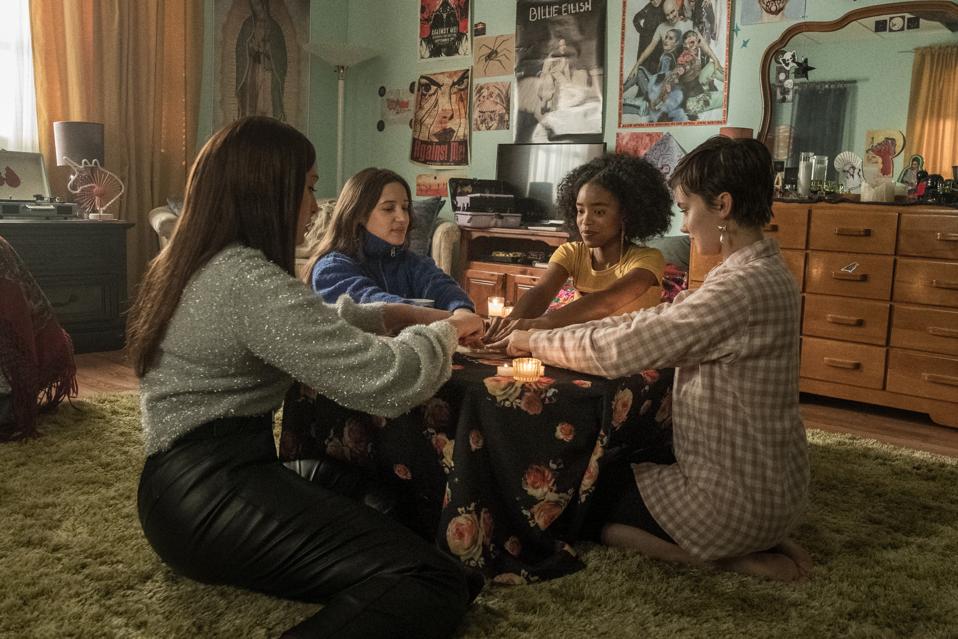 The original plan was for The Craft: Legacy to be released in theaters where the original The Craft grossed $55.6 million against a $15 million budget in 1996.

"When we're doing movies with pre-existing IP, that's destined for theatrical, but Sony Pictures doesn't have the agreement that Universal Pictures UVV has with exhibition," the producer explained. "Plus, we don't know how long it's going to take for theaters to open or however long it's going take to get a vaccine. I said, 'Hey, I think this movie belongs in October and, who knows, even next October there may be no vaccine, so what would you guys think about doing this as a PVOD title?' They were very receptive to that. Thank goodness."

However, two major Blumhouse-produced multimillion-dollar IPs have had 2020 releases shunted into 2021 because of the pandemic, The Forever Purge, the latest installment in the The Purge franchise, and Halloween Kills, the twelfth installment in the Halloween film series.

"No," laughed Blum. "If this is still going on next Halloween? No, we're not holding it. Halloween Kills is coming out next October come hell or high water, vaccine or no vaccine. It is coming out."

2020 has been a steep and challenging learning curve for Hollywood and the film industry, but learning lessons is something Blum has continued to do.

"The business mistake I learned the most out of was the release of The Hunt," the producer recalled. "We had marketed the movie a certain way, and the marketing was almost too good because people were convinced the movie was something it really wasn't. What we had to redo was remarket the film more to what the movie was, which was a satire. I learned the hard way, and a million people told me, but I didn't believe them, was that nobody wants to see a satire and you can't market a satire."

After The Hunt's initial September 2019 release was canned, the controversial horror thriller eventually arrived in theaters in February 2020, a week before the closure of all movie theaters due to the pandemic. As a result, it grossed just $15.2 million against its $14 million budget.

"The Hunt was tracking to be a big hit movie last October, it was the same movie, and it was a great movie that was very well received and well-reviewed. People liked the movie, but the marketing of the movie, our hands were kind of tied because people so misunderstood what the movie was."

Blum concluded, "So I learned a very important business lesson, and not only reminded me how important marketing is, but also that you can't market a satire to the theatrical audience. Now I know."

The Welcome to the Blumhouse anthology is available on Prime Video now.

The Craft: Legacy lands on premium video-on-demand on Wednesday, October 28, 2020.

This article was written by Simon Thompson from Forbes and was legally licensed through the Industry Dive publisher network. Please direct all licensing questions to legal@industrydive.com.