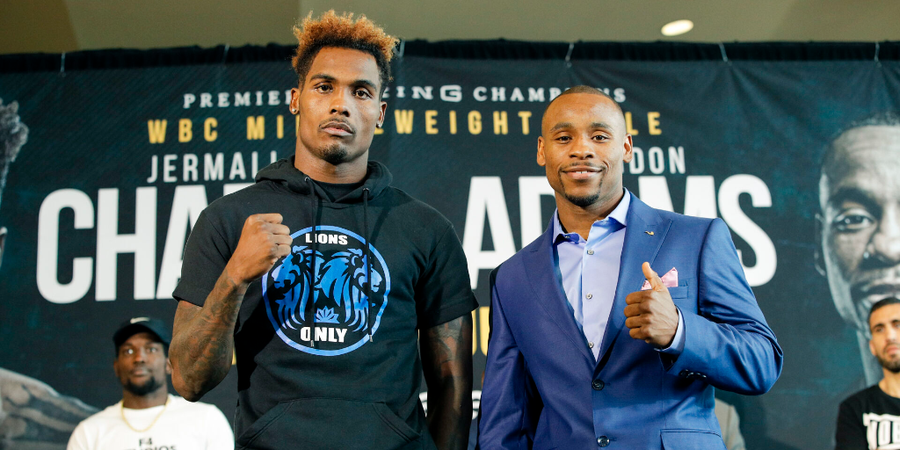 Jermall Charlo is ready to take the next step

Every great fighter needs a challenge. Sometimes that means moving up in weight to find and face the very best competition. Which is exactly what unbeaten WBC Interim Middleweight Champion Jermall Charlo (28-0, 21 KOs) has done. On Saturday, the Houston-native returns home to defend his belt against tough middleweight contender Brandon Adams (21-2, 13 KOs) at NRG Arena in Houston this Saturday. It will just be Charlo's fourth fight at 160 pounds after a dominant run at 154. The Texan is now into a division chock full of talented sluggers he hopes to face, including Canelo Alvarez, Gennadiy Golovkin, Demetrius Andrade, and Daniel Jacobs. An impressive victory against Adams would move him one step closer to fellow elite talent in the division. Catch all the action on Saturday, June 29th, live on SHOWTIME (9 p.m. ET/6 p.m. PT) on DIRECTV.

SHOWTIME analyst Paulie Malignaggi discusses whether Jermall Charlo can compete in the star-studded middleweight division, plus who would have the edge in a Deontay Wilder vs. Tyson Fury rematch.

SHOWTIME analyst Al Bernstein thinks both Jermall Charlo and Gervonta "Tank" Davis are ready to take the next step.

Don’t have SHOWTIME? Upgrade today and get the best of SHOWTIME CHAMPIONSHIP BOXING!