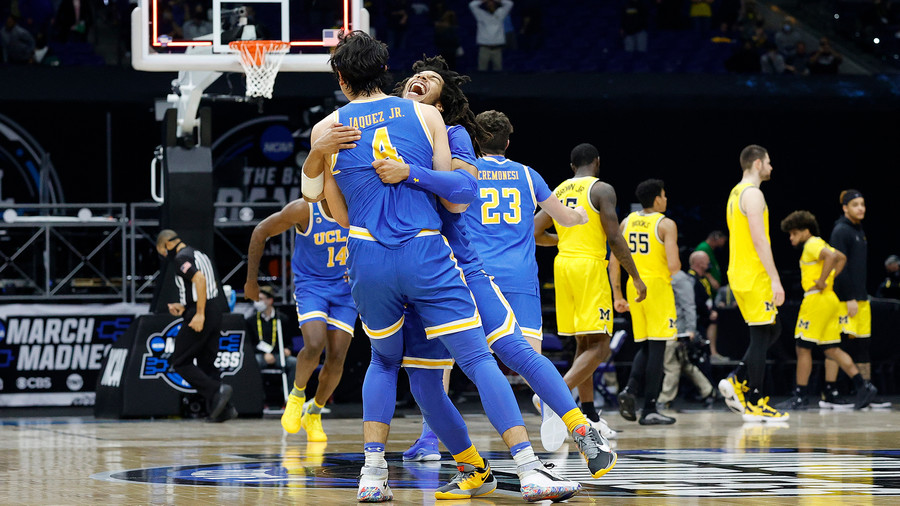 After the cancellation of last year’s March Madness due to the coronavirus pandemic, this year’s highly anticipated tournament has been delivering plenty of excitement to college basketball fans across the country — and audiences have been tuning into the games more than anything else on live TV.

Per Inscape, of all the live, linear minutes watched on Vizio smart TVs from March 18-30, 6.94% of the time was spent with the NCAA men’s basketball tournament games, putting March Madness in first place for overall watch-time during that date range. The women’s tournament captured 0.61% of minutes watched, putting it in ninth place.

Looking at the stages of the tournament, the first-round games on March 19-20 had the highest percentage of minutes watched (14.61%) compared to the other stages, which makes sense given the high number of games that aired those two days. 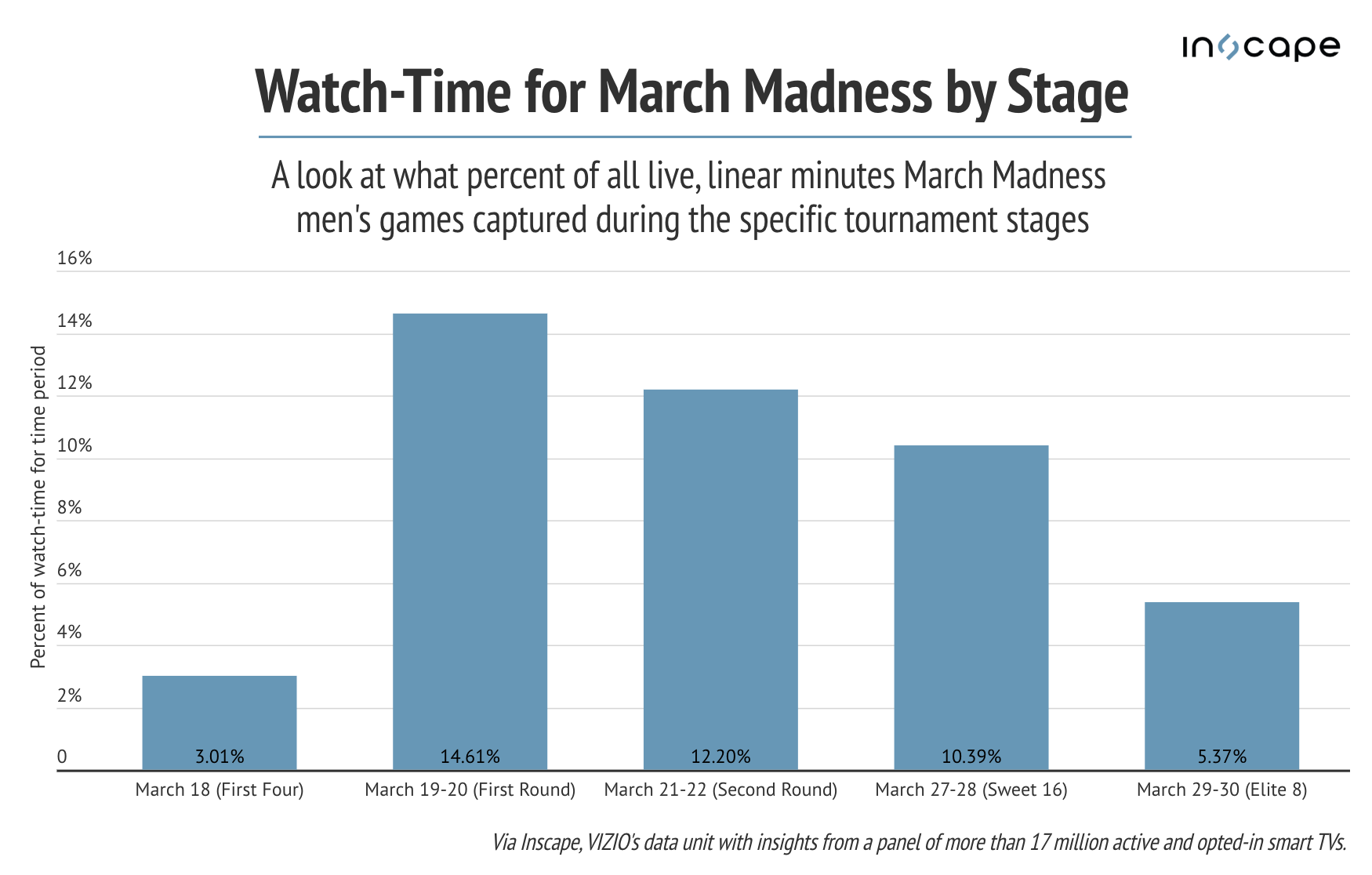 According to Inscape’s analytics, the Midwest has been tuning into March Madness at a higher rate than the coasts. Some of the top local area markets (across the country) so far have included Ft. Smith-Fayetteville-Springdale-Rogers, Ark.; Little Rock-Pine Bluff, Ark.; Des Moines-Ames, Iowa; Syracuse, N.Y.; and Champaign-Springfield-Decatur, Ill.

The championship game is approaching, so it’s worth looking into where the tournament audience may be found after the final buzzer. Per Inscape, shows (excluding news and sports) watched by March Madness viewers include The Price Is Right, Let’s Make a Deal, The Bold and the Beautiful, The Neighborhood, The Wall, Mecum Auto Auctions, The Misery Index, To Tell the Truth, FBI and Wheel of Fortune. 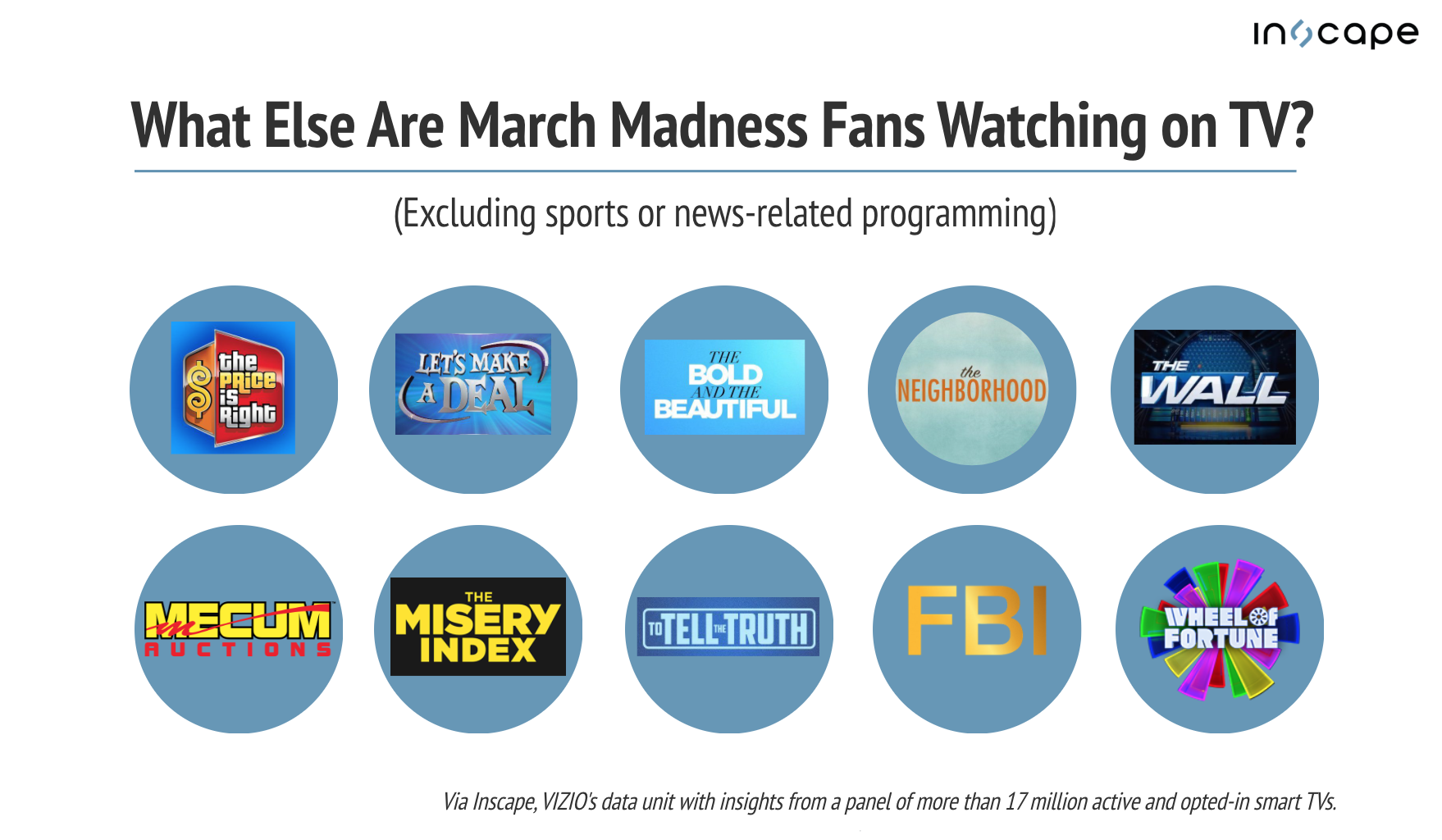 Inscape also examined viewership crossover for the March Madness audience with other sports. A few highlights:

On the advertising side of things, men’s March Madness games have racked up over 17.5 billion TV ad impressions as of this writing, according to iSpot.tv — which amounts to 3.4% of all TV ad impressions for the month overall. CBS scored the top impression-count (10.9 billion), followed by TBS (4.3 billion) and TNT (1.4 billion).

This article was written by Tv[R]Ev Analyst, Contributor and Eleanor Semeraro from Next TV and was legally licensed through the Industry Dive publisher network. Please direct all licensing questions to legal@industrydive.com.