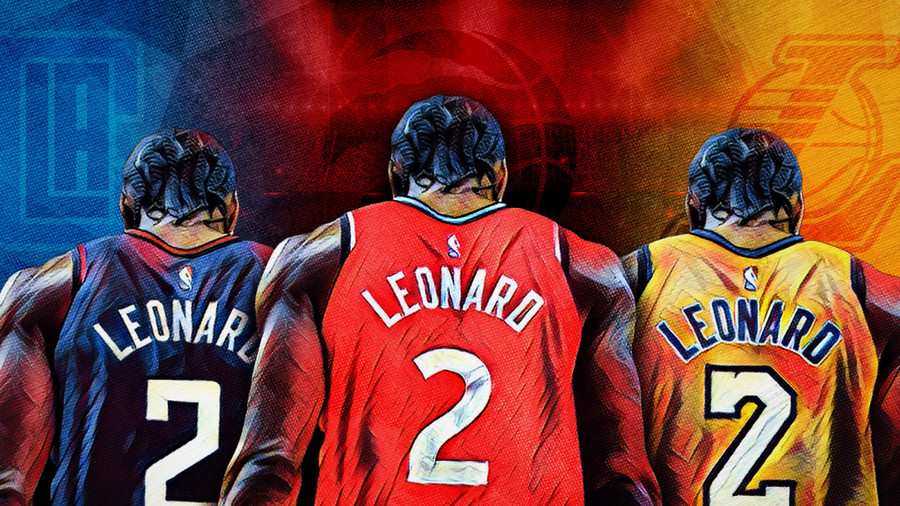 Fun guy who loves to laugh seeks...well, who knows. But if you love straight-up winning, historic postseason runs, and early 2000s hairstyles, you might be the perfect team for this riddle wrapped in an enigma wrapped in 235 pounds of basketball dominance.

We don’t know much about Kawhi Leonard other than the basics. He may not be a standup comedian, but now he’s a two-time NBA champion, as well as a two-time Finals MVP. And he accomplished the second part with a team he never really envisioned joining. But now that he’s reached the mountaintop with the Raptors, he’ll become the most sought-after free agent in the NBA this summer.

But should he stay in The 6 as the Raptors look to repeat, or go back to his native Southern California? Well, we have an idea, courtesy of our not-so-scientific Fit Grade equation. Kawhi Leonard, you should sign with... 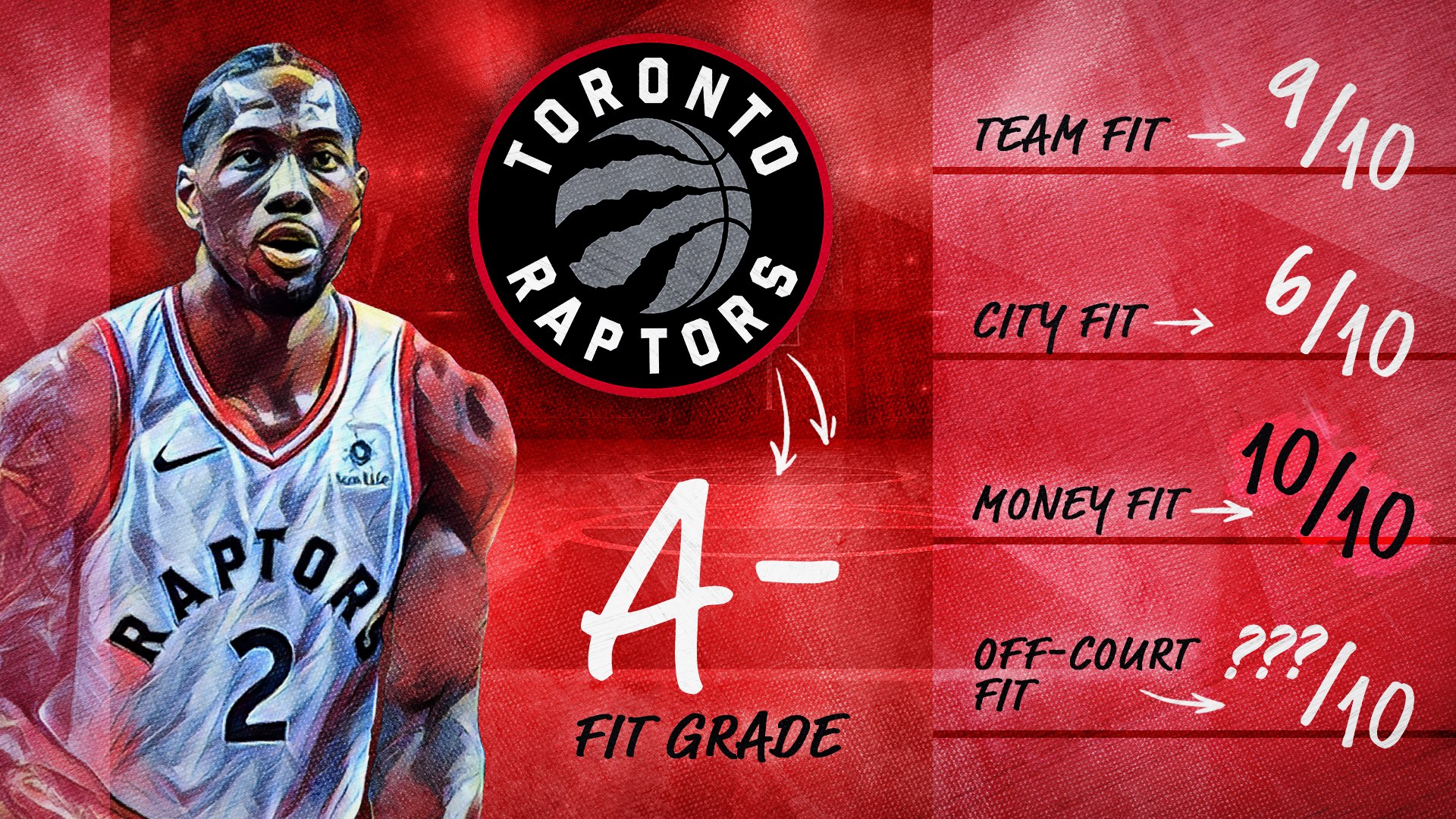 The Toronto Raptors (Fit Grade: A-)

Leonard was the best player in the playoffs and maintained that distinction in part because of his ability to play throughout the postseason. Kevin Durant’s unfortunate Achilles injury casts uncertainty on his immediate future, making Leonard an even more desired free agent than he was before he won Finals MVP. But when ESPN’s Doris Burke gave Leonard the opportunity to hint at his future the moment after winning the championship, he remained stoic as usual. So what makes his current team the best fit?

It’s a well-known fact that Leonard is from Southern California and has long desired a return home, but his one season in Toronto allowed him to sit out during back-to-backs and be ready for peak performance in the postseason. That was due to the protocol established by former Lakers trainer and current Raptors trainer Alex McKechnie, which went a long way to establishing trust between Leonard and the Raptors. There’s no doubt the team will continue to shape itself according to whatever Kawhi wants and needs to play like he did this season.

You can’t get much more distant from Southern California, geographically or culturally, than Southern Canada. But Toronto is a major metropolitan destination! Its housing market is maybe even crazier than LA’s! It may be cold, but Leonard just got to see all that a magical summer in the North could offer. He currently has the fan base in the palm of his Klaws™, and has earned the well-deserved moniker King of the North. You just can’t get that if you join the Lakers or Clippers. Face it Kawhi: Canada’s your family now.

The Raptors are the only team that can offer Leonard a five-year max deal. But here’s a wrinkle: He could also sign a “one plus one” deal with a player option in the second year to be able to sign a bigger max deal next summer once he hits his 10th year of NBA experience. Kevin Durant is currently on such a deal, which may give Leonard pause. Still, there’s no question Toronto can back up the biggest Brinks truck.

Nobody really knows anything about Kawhi or what he does off the hardwood. Maybe he just watches Michael Jordan highlights on YouTube, then goes out and plays like Mike. This brings us back to the uncertainty around Leonard. What we don’t know dwarfs what we do. The internet and the NBA at large grasp at straws trying to understand him. Whatever. He’s a great basketball player and no matter where he is, a championship is within reach of his giant hands.

The guy's basically a walking X-factor. It’s been anybody’s guess where and why Kawhi would sign for quite some time. Rumors of the Lakers surfaced early last summer before Leonard eventually ended up in Toronto. But after Leonard went North, for some reason, the conventional wisdom decided the Clippers were his preferred team. Could that change now that Anthony Davis is on his way to join LeBron James with the Lakers? A team with those three and Kyle Kuzma could sign nine guys from your local Y and still be a contender.

Kawhi’s decision is now the biggest question facing free agency, and what makes it most intriguing is that nobody truly has a read on what Leonard will do. He can lead a championship team outside of the Spurs system, but where will he do it next?