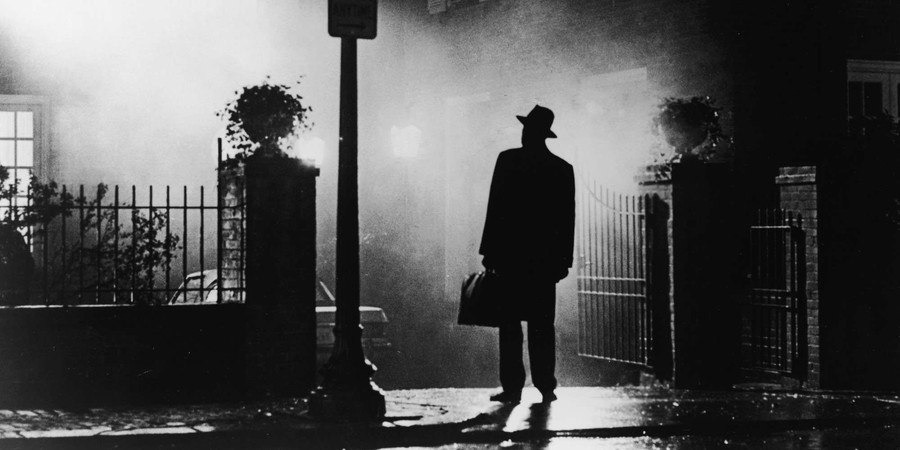 Blood, blades and bad decisions have often been the hallmark of the horror genre over the last half-century or so, but theres nothing like an absolutely killer soundtrack to set the mood, ramp up the terror, or make us start sweating in our seats. We take a listen to some of our favorite sonic frights below!

I don't know about you but, as a child, this song played in my head every time I came upon an empty street, darkened hallway, or unopened closet door as I was convinced Michael Myers there. Watching. Waiting. Breathing Heavily.

Like some demonic prog-rock renaissance faire freak out, Goblin's use of dulcimers, space synths, and skin-crawling whispers did a hell of a job placing us firmly in the Dario Argento's seminal witchhouse slasher flick.

With it's classic, heart-pounding ramp up offering no escape, John Williams' Jaws theme contributed just as much to people not being able to enjoy their beach vacations as Bruce the shark himself.

The soundtrack to the most famous cinematic stabbing of all time, the screeching strings of Bernard Hermann's "shower scene" score last less than minute before falling deafeningly silent, giving the movie going public of 1960 a moment they would never forget.

While the debate rages nearly forty years on as to whether or not it's "kill, kill, kill, mom, mom, mom", or "ki ki ki ma ma ma", or "chi chi chi cha cha cha", or all of the above, theres little argument that whatever sounds Jason Vorhees is making are definitely not ones you want to be having sex in the woods to.

Despite ending up on the super chill, new age-y Pure Moods compilation 20 years later, Mike Oldfield's Tubular Bells set the otherworldly tone for The Exorcist's demonic reign as one of the most memorable terror tales of all time.

It's a well known fact that Gregorian chants are only really good for making things much more nightmarish. Especially ones espousing the virtues of Satanism.

Much like the Overlook Hotel itself, the sounds of The Shining are monolithic, atmospheric, and at times, eerily empty. Perfect to stalk your family to!

While not particularly frightening, Danny Elfman's jaunty, yet ominous theme from Beetlejuice comes off as what we imagine the soundtrack to Mr. Toads Wild Ride would be like if it made a detour through Hell.

While not part of the soundtrack per se, any song sung by disembodied children is automatically disturbing, making the "Freddy Song" the leading cause of sleepless nights for many a child of the '80s.