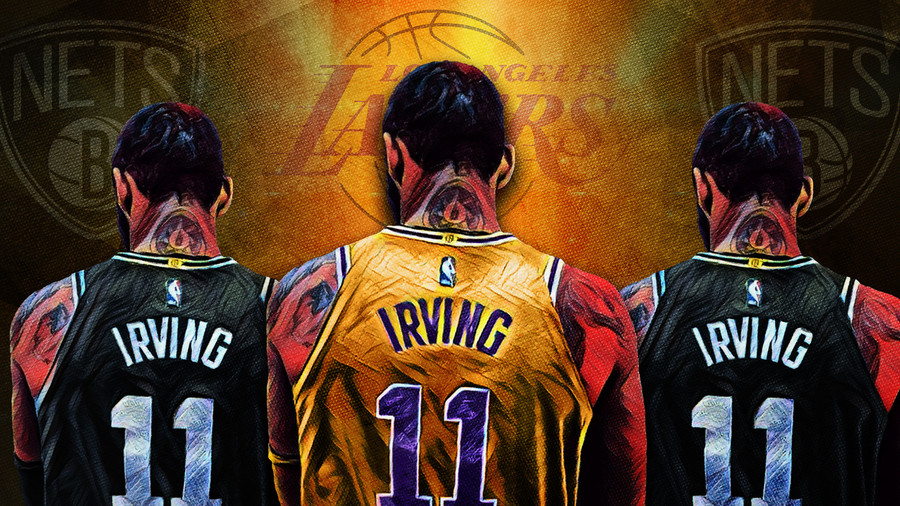 Free spirit seeks place to spread wings (and the floor). Money isn't everything—as long as there's enough to buy fresh-pressed juice. If your city offers the weird and wonderful, you might be the right fit.

The trade of Kyrie Irving to the Boston Celtics in the summer of 2017 brought a sudden end to the Cleveland Cavaliers’ legitimate hopes of challenging the Golden State Warriors. But the trade to Boston did not yield the results Danny Ainge and many of the Celtics faithful had hoped.

After Irving watched his teammates get to within one game of the NBA Finals in his first year in Boston, expectations for the Celtics in 2018-19 were as high as could be. The Celtics fell in Game 7 to LeBron and the Cavs, but they did so with Irving and 2017 max free agent signing Gordon Hayward out with injuries. Everybody thought nobody had a better chance to win the East. And Kyrie even pledged he’d be along for the ride, telling Boston fans earlier this past season he hoped to see his #11 in the rafters of TD Garden. But then things got weird, and now nobody expects Irving to stay in Boston.

The whispers about Irving leaving started during the season, especially when he volunteered stories to the media about making amends with LeBron James for how he acted when he was in Cleveland. That got everyone’s wheels turning about a potential reunion between Kyrie and LeBron James. But even though Irving could go team up with LeBron (and now Anthony Davis) in Los Angeles, nothing about Irving’s career suggests that he will take an already paved path to greatness.

So why not go somewhere that’s never really experienced greatness? Based on our (not) patented Fit Grade formula, we think Kyrie Irving should sign with the... 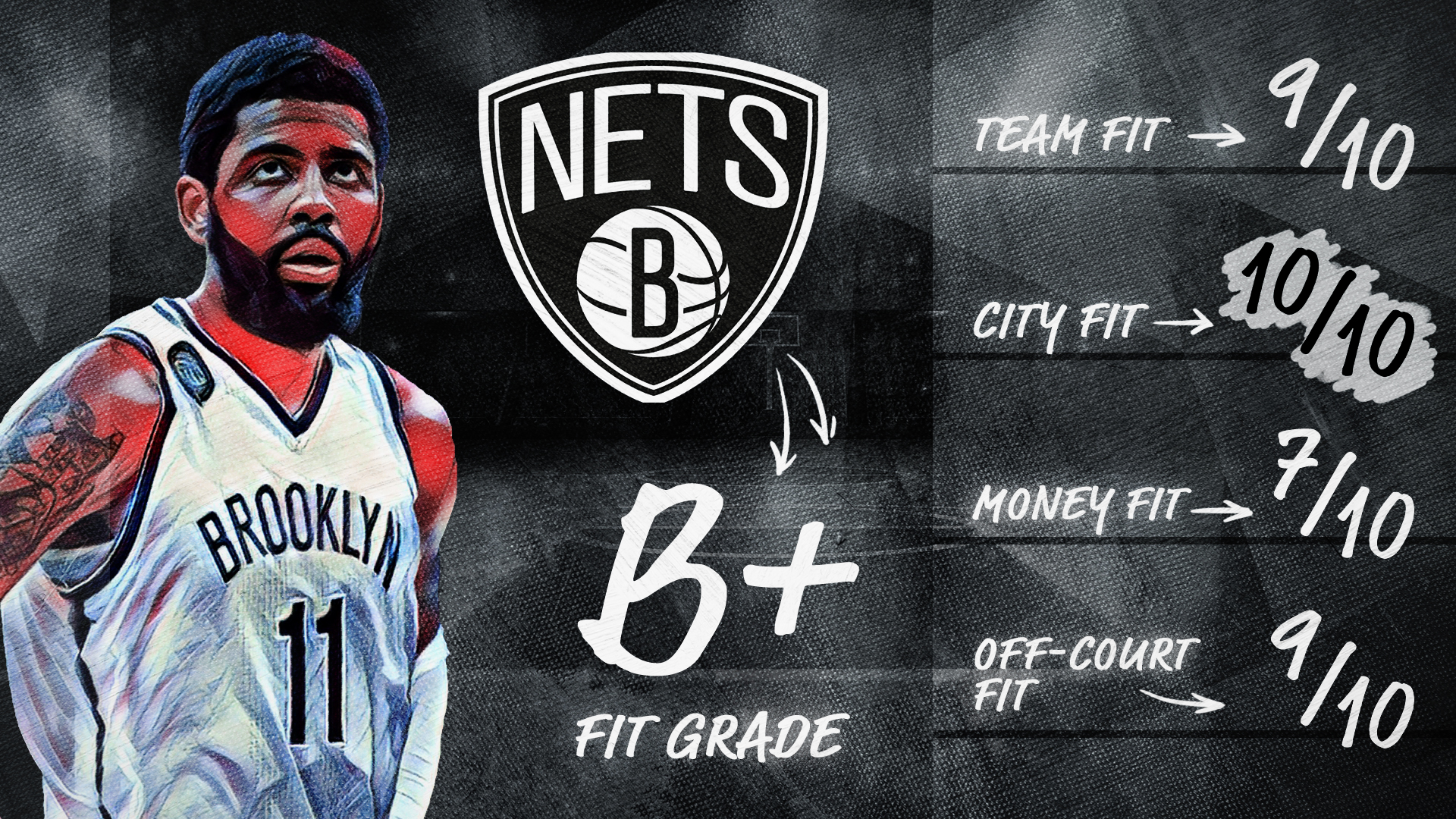 Yes, that’s the Nets listed twice up there. Look, some things are meant to be. Adding Irving to the Nets, who had a surprising playoff run last season, puts them in a position to take another step forward in their development. Irving will presumably replace Nets guard D’Angelo Russell, who played his way into an All-Star selection in 2019. Irving does a lot of the same things that Russell does, but he just does them much better.

Irving is a hoops hippie. He’s a very proud vegan, and his Instagram is often a labyrinth of weird phrases that have little to do with each other. So basically, he belongs somewhere in deep Bushwick.

Irving accelerated the notion that he would go to the Nets this summer by being spotted at the 40/40 Club at the same time as some Brooklyn Nets players. But he really threw gasoline onto the fire when he left his former agent to sign with ROC Nation Sports, the sports agency helmed by Jay-Z. Jay-Z, of course, was a former part owner of the Nets when they moved from Irving’s native New Jersey to Brooklyn.

Irving would theoretically cut his earning potential if he were to leave Boston, since the Celtics could have offered him a 5-year max deal. And with Kyrie's injury history, that fifth year of security is a big chip to give up. But that apparently doesn’t interest him and he likely thinks he can recoup money another way...

Just imagine all the endorsement opportunities in Brooklyn. Vegan pizza. Artisanal soaps. Etsy. Being in the second most famous borough in the most famous city in the world has its advantages. But wait, wouldn’t the Knicks offer that? Sure. Manhattan is the new Brooklyn, after all.

LeBron James and the Lakers. Does the pull of playing with his erstwhile teammate still exist? Could he be lured by the possibility of reuniting with him and an elite pick and roll partner in Anthony Davis? Playing with LeBron has its pros and cons. If Kyrie wants a smooth path to the finals, the Lakers beat out the Nets as this former #1’s top pick. But if he wants to continue to be his own man, he’ll do so in Brooklyn.