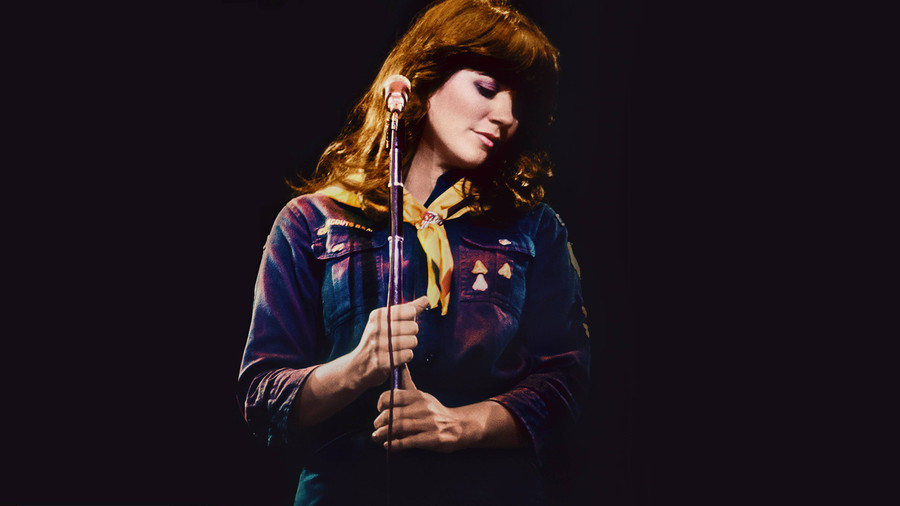 As we head into Hispanic Heritage Month, there’s no better time to practice your Spanish. And if you don’t speak the language, not to worry; dance moves will do just fine. With some salsa, bachata, son jarocho, and more, you can let your hips do the talking. Or just bask in the chill-inducing ballads, pop hits, and sheer virtuosity of these talented Latinx musicians with the following selection of live concert recordings, documentaries, and specials.

"The Latin Explosion: A New America"

Called a “history and civics lesson in the form of a music documentary” by The New York Times, “The Latin Explosion: A New America” celebrates over 60 years of Latin American contributions to song, dance, and popular culture. Featuring the likes of Marc Anthony, Ricky Martin, Jennifer Lopez, Gloria Estefan, and many other Latinx stars, the special will get viewers in the mood for dancing while educating audiences on the rise and importance of Hispanic music and culture in the United States.

A love letter to bachata, “Romeo Santos: King of Bachata” tracks the rise of the genre from its humble origins in the Dominican Republic countryside to its current international acclaim and renown. Inspired by Romeo Santos’ album "Utopia," the film offers a behind-the-scenes look at the musician’s creative process as well as a visual journey into the Caribbean island nation to discover how the sound emerged in the first place.

"Fandango at the Wall"

Produced by Quincy Jones and Carlos Santana, “Fandango at the Wall” is a moving documentary about Grammy winner Arturo O’Farrill’s journey to Veracruz, Mexico. The mission? To recruit the country’s best son jarocho musicians for a live album recording at the wall bordering Mexico and the United States.

For audiences, it’s a chance to see “The bond of music [that] ties together the citizens of Mexico and those of Mexican descent who’ve kept alive the sounds and traditions of son jarocho, a 300-year-old folk form of playing that combines indigenous Spanish and African melodies and rhythms.” And with musicians contributing from both sides of the wall, the message here — along with the sheer talent of it all — is unity and how important it is today and always.

"Linda and the Mockingbirds"

In another journey to Mexico, but one that’s much more personal, the legendary Linda Ronstadt goes to her ancestral land to explore the musical roots where her grandfather was born. The documentary — a follow-up to “Linda Ronstadt: The Sound of My Voice” — also celebrates Mexican music and culture at large while “offering a passionate and personal story about immigration” as well as border politics, racism, and the Mexican American experience.

In 2019, Puerto Rican powerhouse Kany Garcia took to the stage in an unforgettable, sold-out show at San Juan’s José Miguel Agrelot Coliseum. According to the publication Remezcla, “Performing there is a rite of passage along the route to stardom, but selling out a headlining concert is practically the Boricua equivalent of a Hall of Fame induction.” With three Latin Grammy wins, fans love her for her vocal talent and stage power, but also for her warmth and vulnerability — which are plain to see in this special concert event.

After postponing her highly anticipated global tour because of problems with her vocal chords, the Colombian superstar came back better than ever — as evidenced by last year’s incredible Super Bowl performance. If Halftime wasn’t enough Shakira for you, there’s an entire concert film dedicated to her 11th studio album and other favorite hits. That’s two hours of her uniquely powerful voice, energy, stage presence, and one-of-a-kind hips for fans to dance and sing along to.

With three episodes, so far, featuring Pedro Capo, Gente de Zona, and, most recently, Farruko, this limited concert documentary series from Sony Music Latin and HBO Latino shines a spotlight on Hispanic musicians and the artists that have inspired them throughout their careers. The unique concept — which translates to “in someone else’s handwriting” — has some of today’s top talents share their gifts and stories with the world while covering old favorites and introducing them to new audiences.

In this series of intimate music specials, Latinx musicians reveal a personal secret to a small live audience before performing a couple of songs that mean something special to them. With almost 20 installments to enjoy, featuring the likes of Juanes, Alejandra Guzman, Tommy Torres, and a host of other hot talents, there’s no lack of diverse styles and beats to choose from. Or you can enjoy them all on HBO Max.

Who's your favorite Spanish-speaking musician? What genre gets you going most of all? Let us know at @DIRECTV!