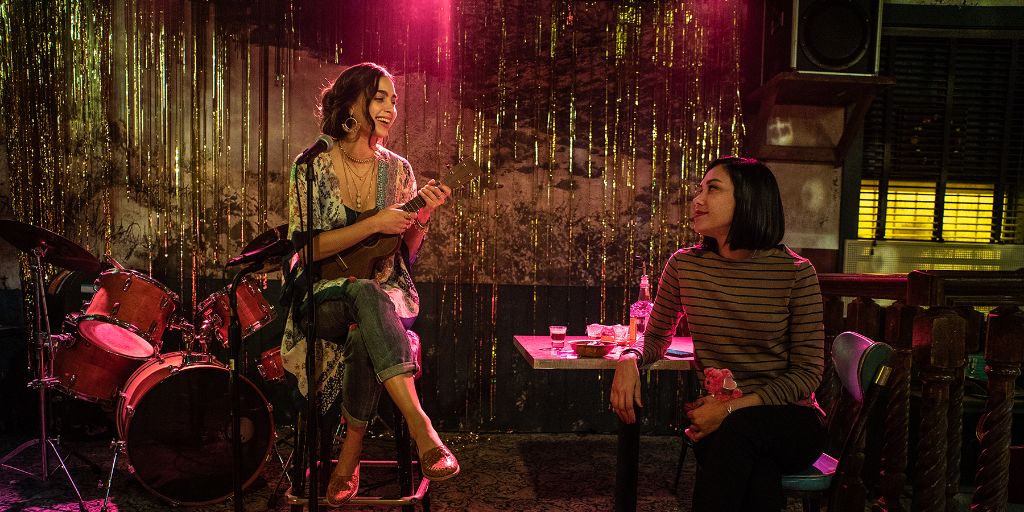 Latinx representation on television has seen a sharp uptick in recent years with shows like "One Day at a Time", "Jane the Virgin", "Vida", and the "Party of Five" reboot. The stars and creators of those shows say that's great, but they also caution people from thinking that a handful of shows suddenly means Latinx representation on television is no longer a problem.

It Starts Both in Front of and Behind The Camera

Part of making the television landscape better reflect the world at large means having creators, writers, and directors of color. It's all well and good to put a diverse cast of characters on screen, but if the people working behind the scenes are still homogenous, their ability to tell a wide array of stories may be stunted.

Starz drama "Vida", which is about a Latinx neighborhood and features several gay characters at its center, is a perfect example of being able to tell authentic Latinx stories because not only is its creator Tanya Saracho Latina, but she made it an edict on her show that all of the writers be Latinx — and she wanted female and queer representation as well.

"The whole process [at Starz] was really inclusive, and I hardly, or if ever, got told no. When I said I wanted an all-Latinx writers’ room, done. Most of our department heads are female. All our directors are either women of color or Latinx ... because when you get a bunch of Latinx together and we get to handle our stories, a cultural shorthand happens," Saracho told the 2018 Television Critics Association winter press tour.

Star Chelsea Rendon added, "We finally get a chance to tell the stories the way they should be told in the right way."

"Which is us telling our own stories, as opposed to being dictated by other people as to what our stories are," added star Mishel Prada.

The Vida cast and creators are also really proud of the wide variety of stories they are able to tell, not a sole focus on immigration stories.

Star Melissa Barrera told the TCA in 2020 that it's important they "get the opportunity to talk about whatever [they] want because, yes, immigration is a huge part of our identity right now because of what we're dealing with at the border, but it's not all of who we are."

Immigration Is Not The Whole Latinx Identity

As Barrera said, immigration is part of many Latinx's lives, but it's not their whole identity. Even a show like "Party of Five", whose whole premise is based around what happens when a family's parents are deported, doesn't want that to be the only thing it has to say about the Latinx family at its center.

"I think [with] this show, you have an opportunity to look at these kids who are growing up and learning things about themselves, but in an extraordinary situation," creator Amy Lippman told the 2020 TCA winter press tour.

The "Party of Five" creators also said that even within immigration, experiences vary so widely across the Latinx culture and they wanted to reflect that as well. Executive producer Gabriel Llanas told the 2020 TCA winter press tour that the diversity they had in the writers' room was "very intentional" in order to reflect different Latinx backgrounds.

"My own background is I’m from a Mexican American family, but I’m third generation. And then we had the other voices that were in the room, the other Latinx voices are Colombian and Costa Rican," said Llanas, adding, "It was talking about what the different experiences are like for people of different Latinx backgrounds and also finding where the common ground is and where we all sort of connected as American others and people who just didn’t have a specific place where we fit in, in this culture."

"The first person who really espouses some kind of opposition to what the family has done in terms of coming to the country without documentation is a Mexican American," added Lippman. "So yes, it’s not just Caucasian people who have an attitude about people coming into the country. There are people who are here of Latinx backgrounds who also have issues, have concerns about what it means to welcome a community of people who haven’t gotten to the country the same way they did. So we’re looking at it from lots of points of view."

There Is Still a Long Way to Go

The first live taping of the new season is tomorrow AND our friend Ray Romano is joining us as a special guest star for the premiere! Welcome to the fam!

New season of One Day At A Time premieres March 24 on @PopTV. #ODAAT pic.twitter.com/Ky5zu7i6nF

But even with these examples of Latinx representation on TV, as Saracho said back in 2018, "There’s like four Latinx gay shows right now out of like 520 ... and we make up almost 20 percent of this country, but that’s, like, not even 1 percent."

“Although it seems like we’ve made progress … that’s not the case,” Gloria Calderon Kellet told NBC News in 2018 when "One Day at a Time" was on the bubble for renewal at Netflix. "There’s a perception of progress that we have and it's dangerous.”

"One Day at a Time," despite being almost universally praised by critics and Latinx fans, was ultimately canceled by Netflix after its third season. It was eventually picked up by the POP network, but before that pick-up, it looked like the Latinx community was losing yet another show when they are already so underrepresented across entertainment.

A recent study by UCLA shows that Latinx characters accounted for just 2.7 percent of all top movie roles in 2016 and just 5-6 percent of roles on television. Ana-Christina Ramon, co-author of the UCLA report, told NBC News that Latinx people are basically the most under-represented group in the entertainment industry.

Part of the problem with representation is that Nielsen may also be underrepresenting Latinx families. A recent study by the National Latino Media Council concluded that Latinx television viewers are "severely undercounted" by Nielsen Media Research.

The study said that Nielsen's methodology "can lead to the premature cancellation of Latino-targeted programs and reluctance among executives to produce and air new shows, exacerbating the invisibility of Latinos on television."

So while Latinx representation has certainly come a long way in recent years, it still has a long way to go before the television landscape mirrors the real-world experiences of Latinx viewers. But putting shows like "Vida," "One Day at a Time" and "Party of Five" on the air are a good first step.