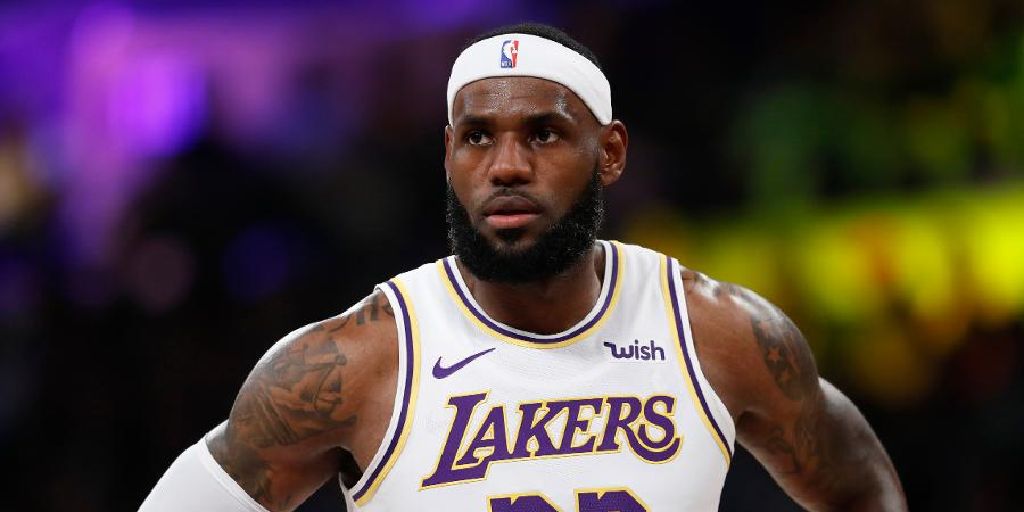 The Lakers are good. But let’s give it a second before we start throwing ‘great’ around.

It’s time for the NBA general manager survey unveiled by NBA.com, a culmination of GMs around the league being asked various questions such as who the most versatile defender in the league is at the moment.

Now the Clippers did well for themselves. Often the pundits’ pick to rule the league, GMs tended to agree and picked them to win it all this season at a clip of 46%. That particular L.A. team also boasts the most well-regarded defense (52%) and is viewed as the team that made the best overall moves (82%). They also took one and two in best perimeter defenders (Leonard, 59%; Paul George, 21%).

The Lakers, that team that has electrified the meaningless portion of the calendar known as the preseason, is playing some catch-up in the respect department.

It’s a good thing for a team that can only benefit from lowered expectations. But such a thing is hard to come by when you see the kind of wizardry that occurs when LeBron James and Anthony Davis share the court.

Even the first preseason game produced a “Consider this a warning, NBA” tweet from the Lakers Twitter account. So far, GMs around the league aren’t exactly cowering.

Davis came over to the Lakers in exchange for those oft criticized young players Los Angeles had. But L.A. didn’t receive one vote when asked what team pulled off the best offseason moves. Yet the Pelicans, proud purveyors of Lonzo Ball, Brandon Ingram and Josh Hart, received 11%.

There are five teams GMs believe have a shot at the title. The Clippers were the favorite, followed by the Bucks and then the Lakers (11%). As for the conference, when it was all worked out it looks as though most suspect the Lakers to hover around the third spot in the west, sandwiched between Denver and Utah.

Hubris shouldn’t be an issue for the Lakers. Any other season, a pairing of LeBron and AD would have set forth an insurmountable level of expectations.

The Lakers come in largely seen as a contender but a flawed one at that. It should give this team some breathing room as they manage jetlag, ongoing scrutiny about China and various healing injuries.

The Lakers are also not exactly lighting things up from distance. This preseason has been rough on the team from beyond three.

They’re shooting just 33.6% from distance in five games and 26.7% in their two losses. Of course, the preseason is the time to work out spacing, timing and the flow of the offense.

All these things as well as getting Quinn Cook and Kyle Kuzma back full-time should help alleviate the shooting.

But there is a general awe that has taken place for those who have seen the Lakers play this preseason.

They definitely look bigger and faster than last season and both of which have proven beneficial in a couple of blowout wins against Golden State.

But the survey is as good a reminder as any that the Lakers have a lot of work to do before they can claim to be the big, bruising team in the west that will win games with defense and deft passing.

After Wednesday’s win, Davis joked that he enjoyed the company he shared on the floor, namely that of LeBron James.

“I was joking with LeBron earlier, I said, ‘It’s the first time in a while where I can have five or six points, whatever it was, at halftime and we’re up 30,’” via the L.A. Times. “It feels good knowing that you don’t have to do much.”

If last season is any indication, the good times don’t always last forever. This is a brittle team of players who collect bumps and bruises like Pokémon.

To that end, James and Davis will sit the team’s final warm-up on Friday against the, you guessed it, Golden State Warriors.

The last five games have been entertaining. They’ve been beyond promising. But they have done nothing to erase the fact that the Lakers still have to prove that health, age and chemistry won’t be an issue in what is a must-win season.

This article was written by Gabe Zaldivar from Forbes and was legally licensed through the NewsCred publisher network. Please direct all licensing questions to legal@newscred.com.

Check out the latest U-Verse NBA LEAGUE PASS schedule through ...

The period immediately following the tragic death of Kobe Bryant and his ...

Is this the end for the Patriots as we know ...

The Super Bowl is the annual sporting event for both casual ...