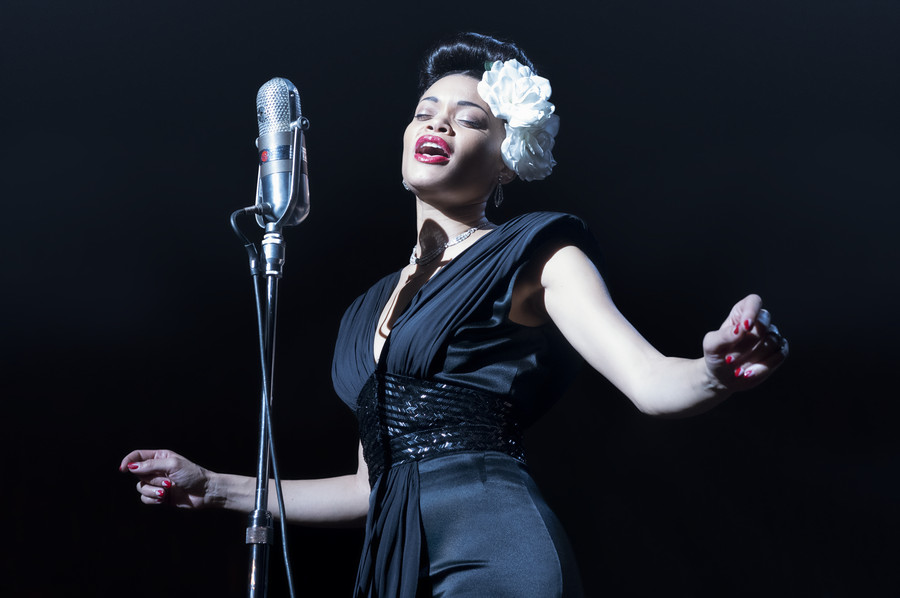 Lee Daniels didn’t want to touch the story of Billie Holiday. “Lady Sings the Blues” already existed, after all. The 1972 film with Diana Ross and Billy Dee Williams showed Daniels black romance and a Harlem like he’d never seen on screen before. It was the film that made him want to be a director.

But it wasn’t her full story. Holiday, he’d come to realize, was an unsung civil rights hero who was targeted by the U.S. government for her drug use and her protest song, “Strange Fruit.” It’s this story that’s told in “The United States vs. Billie Holiday,” written by Pulitzer Prize-winning playwright Suzan-Lori Parks. The film debuts Friday, Feb. 26, on Hulu.

“I was like, where have I been for all these 59 years? How come I don’t know this story when I sort of know everybody’s story, or I thought I did, when it comes to black history?” Daniels said. “It made me think about the many stories that aren’t told that we don’t know about. And so I had to tell the story.”

He even called up legendary record producer Berry Gordy, who produced “Lady Sings the Blues,” to get his blessing.

“I just wanted to do her right,” Daniels said. “I was so terrified.”

Naturally the biggest challenge would be finding the right actor for Holiday. He didn’t know what he was looking for — should he go for a name actress? An unknown? A singer making her film debut, as Ross had 50 years ago?

At the suggestion of his manager, he met with Andra Day, who had been nominated for a Grammy but had never acted. It was something Day had been thinking about, but she figured before she did anything, she’d take a few years off and really learn the craft.

When she sat down with Daniels, Day told him, “I don’t think I should do this.”

Still, they formed a connection over Billie, whom she’d loved since age 11, and the fact that they both thought this was a “terrible idea.” Then Daniels saw a tape, filmed in secret by Day’s acting coach, of her transforming into Holiday, and he was sold. It had to be Day.

Making the film was a challenge, though. Daniels shot on film, which ate up a large part of the budget, and he wanted to make sure to depict her world and all its glamour, so all the money they could scrape together is “on the screen.”

“There’s a beauty of working in independent cinema because I don’t have to answer to anybody but the actors and my crew,” Daniels said. "There’s no outside interference from suits who don’t know anything about our culture. It was great to just do us. Everything you see on that screen is us. It’s our soul.”

Day was grateful that the start date kept getting pushed back. She had about a year and a half to prepare. It started confusing her mother when she’d drift into Billie-isms in real life.

“My behaviors would change. I was smoking cigarettes and drinking alcohol and just wilder than I’m used to being, more emotionally vulnerable and open,” Day said. “I’m a Capricorn, I keep that (expletive) on lock."

Getting into character turned out to be the least of her problems. Getting out of character was another story. It even alarmed Daniels.

“I get emotional talking about this girl because she’s getting ready to be mega famous after this,” Daniels said. “(But) I was terrified for her as we were coming to an end. One of the last things that we shot was her singing ‘All of Me’ and I said, it’s time for you to release Billie. You’ve got to sing it as Andra now ... . She couldn’t do it, she could not leave Billie and she knew she let me down. So she started crying.”

Day did not, in fact, let Daniels down and the tears made it into the final moments of film, but the next thing he did was to book a vacation for his lead to Tulum, Mexico. He split the cost with the production.

But Day was too attached. Even after she got back, she had trouble letting Billie go and would get excited to do additional shoots, which felt like “purpose again.”

And the commitment is earning her awards buzz and a nomination at Sunday's Golden Globe Awards.

“It’s that Lee Daniels effect,” she laughed. The Daniels-produced “Monster’s Ball” got Halle Berry her Oscar and then “Precious,” which he directed, got a nomination for Gabourey Sidibe and a win for Mo’Nique.

Daniels is still a bit heartbroken that the film won’t be released widely in theaters after he fought so hard to shoot it on film, but after the protests of last summer he knew he needed to get it out.

“We had that incident that just changed America and everybody went to the streets and you couldn’t make that up,” he said. “We could have pushed it to next year. But I thought it was important to release it right now, given everything that was going down in America.”

As for Day? Billie is still there in some ways.

“I’m still trying to navigate it,” Day said. “But I’m not out on a cliff anymore.”

This article was written by Lindsey Bahr from The Associated Press and was legally licensed through the Industry Dive publisher network. Please direct all licensing questions to legal@industrydive.com.