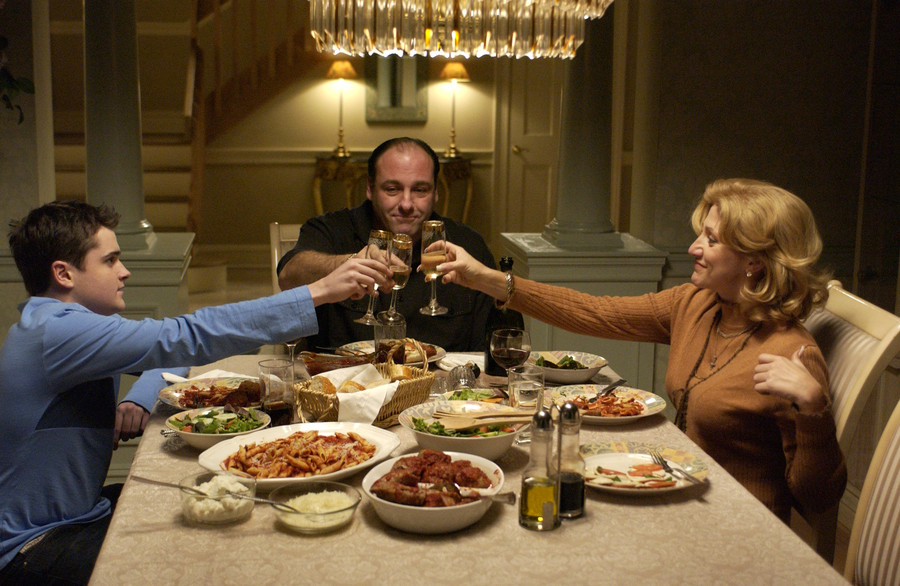 Television has given us so many stand-up, stalwart TV dads over the years: Steve Douglas (Fred MacMurray) from "My Three Sons," Fred Sanford (Redd Foxx) from "Sanford and Son," and Mike Brady (Robert Reed) on "The Brady Bunch." But HBO's TV dads take things to a whole new level.

This Father's Day, here are some of the invaluable lessons we've learned over the years from HBO's iconic TV dads. This is advice you will surely want to file away for future use.

Tony Soprano (James Gandolfini) spent six seasons of "The Sopranos" trying to find a work-life balance while heading up the Soprano family in the New Jersey-based Italian mafia. As he told his son, A.J. (Robert Iler), in "Members Only,"  the season six premiere, "Let me tell you somethin', A.J. I don't care how close you are, in the end, your friends are gonna let you down. Family—they're the only ones you can depend on."

Of course, even family members sometimes have to be... taken care of. Tony's own mother, Livia Soprano (Nancy Marchand), was quite the thorn in his side throughout the first two seasons of the series. He even thought about smothering her with a pillow at one point, but he settled for severing ties with her. She died in season three of a stroke after Marchand passed away in real life.

So this Father's Day—don't try to smother your own mother with a pillow, even if she is working with the FBI.

"Westworld's" William (Jimmi Simpson) was never going to be Father of the Year, not with the middle-aged version of himself falling in love with a robot and subsequently unleashing his darkest impulses and desires on the park.

But keeping all of that a thinly-veiled secret from his wife, Juliet (Sela Ward), while raising their daughter, Emily (Katja Herbers), was perhaps a mistake. The discovery of William's murderous park persona by Juliet led to her taking her own life. Then William, now more appropriately known as The Man in Black (Ed Harris), became so enmeshed and obsessed with Westworld's secrets that he didn't trust that his own daughter wasn't a host and he shot her dead.

The entire family, starting with Juliet's father James Delos (Peter Mullan) and her brother Logan (Ben Barnes), could have really benefitted from some honest and open communication. Or perhaps they just shouldn't have been trying to re-create human consciousness in a laboratory. That too.

So this Father's Day—don't shoot your own daughter because you've gone so far 'round the bend in your obsession with a robot theme park.

Trust In Your Children

By all accounts, Logan Roy (Brian Cox) and his wives did a fairly good job raising their four children: Connor (Alan Ruck), Kendall (Jeremy Strong), Siobhan (Sarah Snook), and Roman (Kieran Culkin). But on "Succession," the old man just can't quite seem to trust any of his children to do anything right.

He started his own company and built it from the ground up, but as Logan grows older, many people feel that it's time for him to turn control of the company over to his offspring—and part of him agrees with that. But he just can't quite let go and sometimes he goes to great lengths to undermine and subvert his children at every turn.

So this Father's Day—trust that your children are capable adults. After all, you raised them.

Realize That It's Not All About You

On "Barry," Gene Cousineau (Henry Winkler) is not only a father to Leo (Andrew Leeds) but he is a father figure to Barry Berkman (Bill Hader)—and so is Monroe Funches (Stephen Root), for that matter.

But both men are horribly self-centered. Gene is obsessed with his own acting career and rarely actually listens when Barry seeks out his advice and counsel. He is also estranged from his actual son because he put his own ambitions ahead of his family. Monroe, meanwhile, keeps dragging Barry back into a life of crime for his own personal interest, despite the fact that Barry wants to be done with that life.

So this Father's Day—step away from the mirror and focus on your children's needs and wants. Also, maybe don't raise them to be feral ninjas like Ronny (Daniel Bernhardt) did with Lily (Jessie Giacomazzi).

Sometimes, to save your family from rack and ruin, a father must swallow his pride and his honor and just try to protect the ones he loves. We're looking at you, Ned Stark (Sean Bean) from "Game of Thrones." Do you know how much bloodshed can be traced back to the fact that you felt honor-bound to go to King's Landing to help Robert Baratheon (Mark Addy)?

Furthermore, Ned's brazen pride and honor in the face of the Lannisters earned him a treason charge and a beheading, which sent all of his children into mortal peril for years. Perhaps the Warden of the North should have kept his head down and his mouth shut and found another way to take the Lannisters down. Of course, then we wouldn't have had much of a show.

But this Father's Day—try not to get on the bad side of a sadistic teen prince and his ruthless mom.