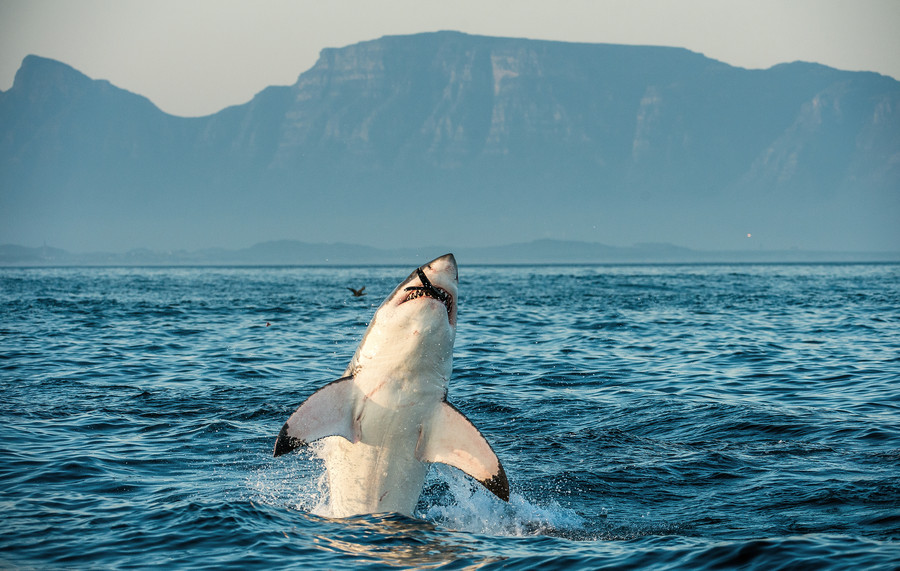 Tracy Morgan's character on 30 Rock gave his friend Kenneth the sage advice to "live every week like it's Shark Week." On July 22nd, the true Shark Week will begin, but as we head into the 30th Anniversary of the institution, there's no better time to ask ourselves this difficult question: just how does one follow Tracy Jordan’s guidance on all the other weeks?

Constantly be ready to be entertained and informed

Shark Week is the perfect marriage of education and entertainment, blending science fact and the joy that comes from watching crazy fascinating undersea creatures do their natural thing. This year’s Uncaged: Shark vs Ronda Rousey is the perfect example: you’ll learn all about the natural fighting ability of these fearsome creatures, and if you need me to explain to you what’s entertaining about MMA superstar Ronda Rousey going mano a sharko, then I don’t know what to tell you.

Each week brings with it new opportunities to learn and to be beguiled by the world around you. Anticipate both and you’ll find it everywhere.

Be ready for surprises

You don’t need former shark racer Michael Phelps to tell you that sharks move fast. Part of living your weekly Shark Week is always being ready for that surprise burst from the water. Shark Week is full of sudden shocks, whether it’s an incredible shark lunge, a crazy shark fact, or when the sharks from Shark Tank make a surprise cameo.You can’t expect everything, but as you’re living your best Shark Week, you can expect the unexpected.

There’s more to Shark Week than just the science of sharks. This year alone you’ll learn about the secret shark lair discovered in Cuba in 1945, the sharks of Long Island that inspired the story behind Jaws, and any number of historic shark encounters. And that's not even scratching the surface of the 29 other Shark Weeks that we have to learn from. If we wish to live future Shark Weeks, we have much to learn from Shark Weeks past.

Don’t dangle your feet in bodies of water

Just don’t. In most cases you’ll probably be fine, but why risk it? That's where the sharks are!

Be in a cage at all times

Admittedly, this may not be the most practical advice if you’re trying to live every week like it’s Shark Week, but these guys aren’t messing around! You gotta be careful!

Sure, you're probably not going to encounter a shark on your way to work, but do your really want to find out that's an incorrect assumption and find yourself cageless?

On second thought, maybe let’s just focus on making the most out of the official Shark Week. The 30th Shark Week begins July 22nd on Discovery with 19 full hours of jaw(s)-dropping shark content, featuring brand new specials, celebrity hosts, and an uncountable number of ferocious bites.

Pop some popcorn, set that DVR, hop in your protective cage and if nothing else, you can live this week like it’s Shark Week.