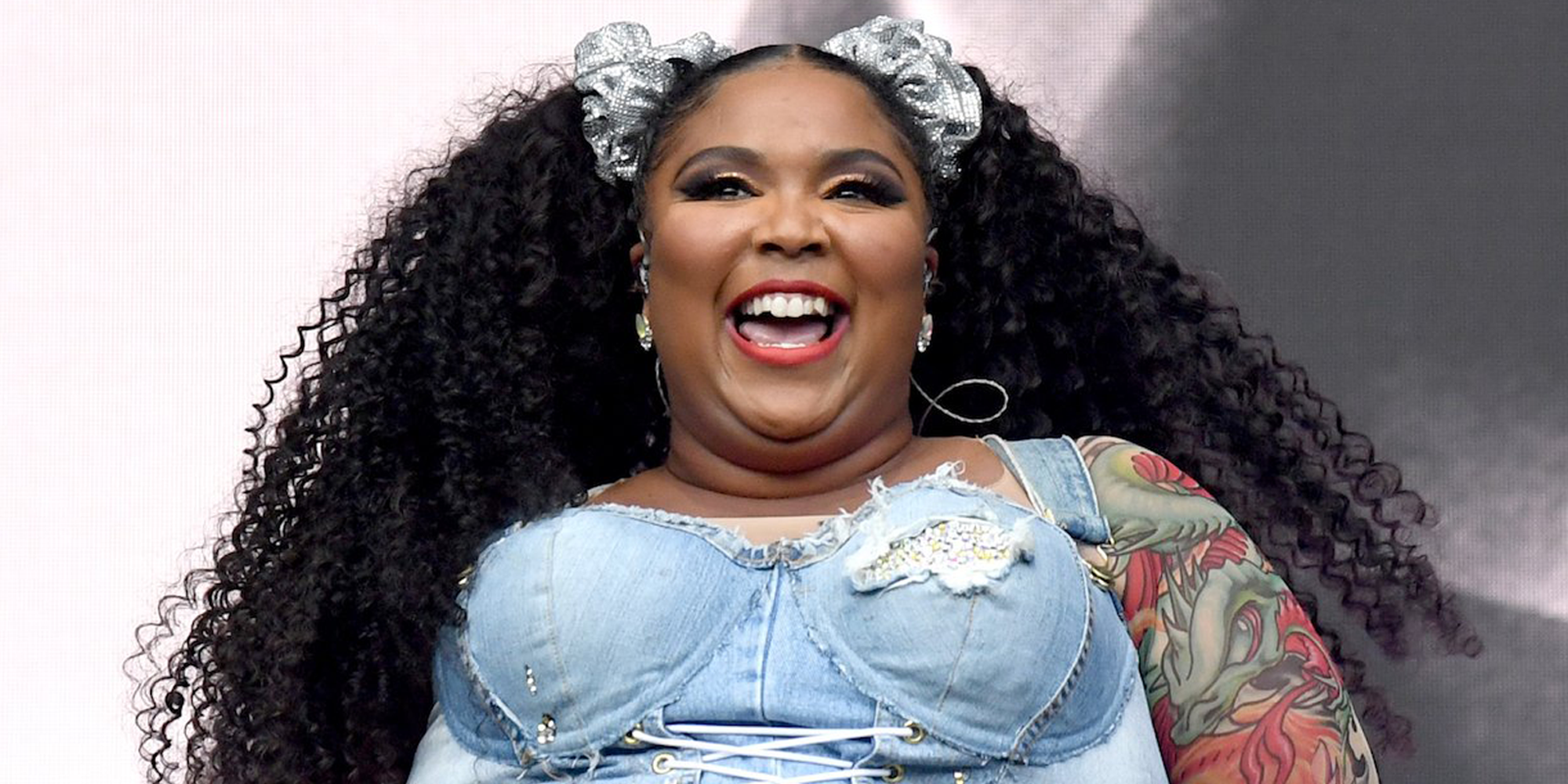 Lizzo is, and always has been, 100% that pop superstar. You need only look at her whopping eight Grammy nominations to see that. From Best Album to Best New Artist awards, she could very likely pull off one of the biggest Grammy sweeps since Taylor Swift nabbing Album of the Year in 2010 and 2016. But for the "Juice" singer, her rise to fame wasn't an overnight process. Lizzo's been working tirelessly behind the scenes to make it happen, and now that she's gone from thinking about leaving the music industry to Grammy nominee, it's time to take a look back at her journey to reach her storied position in the pop world now.

Lizzo may be up for the Best New Artist in 2020, but she released her first album, Lizzobangers, seven years ago, in 2013. Originally, it was released via indie label Totally Gross National Product, and then on Virgin Records the next year. She followed it up with Big Grrrl Small World in 2015, which was filled with many of the tracks that didn't make it onto Lizzobangers, originally.

Some of the songs on both albums amassed a small following, and eventually, the opportunity came for her to perform alongside the legendary Prince on one of his songs. In 2016, however, things would begin to change for Lizzo on a massive scale.

In 2016, Lizzo landed a gig thanks to some of her work on Big Grrrl Small World hosting MTV's live music performance series Wonderland. She also managed to sign with Atlantic Records the same year, releasing her first major-label EP Coconut Oil. The EP would feature a turning point for Lizzo and a change in musical direction for her. While she previously focused on mainly alternative hip hop, her work on Coconut Oil would find her leaning toward more pop, soul, and funk, all while exploring self-love and body positivity.

Coconut Oil became Lizzo's first release to hit the charts after it received critical acclaim from publications like Nylon and Rolling Stone, and as such, the singer gained support from her label as well. Her single "Good as Hell" was extremely well received, and in response, she set off on the Good as Hell Tour. Finally, Lizzo was on her way. But it wouldn't be until she penned her now-massively popular hit "Truth Hurts" along with Jesse Saint John, Steven Cheung/Tele, and Ricky Reed in 2017 that her career would catapult her to super-stardom.

"Truth Hurts" is arguably the song that made Lizzo a household name, or at the very least earned her the publicity she'd need to take over the airwaves and the entertainment industry. The song is all about wondering why her latest relationship failed, as she lines out all the reasons they can't be together. She laments their breakup and how the man was supposed to "hold her down" but is instead "holding her back." In a revelatory and relatable chorus, she extols hanging out with her best friend, getting her hair done, taking selfies "with the bomb lighting" and essentially realizing that she needs to move on.

But its most famous line, where Lizzo proclaims she's "100% that b**ch," was based on a tweet from singer Mina Lioness. The phrase inspired the song, and the mass creation of thousands of memes on the video platform TikTok a staggering two years after Lizzo originally released the song.

The video trend took over TikTok, and instantly, one question sprang to everyone's minds: "Whose song is that?" From there, "Truth Hurts" was used in the Netflix film Someone Great, which follows a music journalist who's just broken up with her boyfriend after landing her dream job working for Rolling Stone in San Francisco.

So if you thought you remembered hearing the song before, you did – it just didn't reach its full potential until this past year. And with "Truth Hurts" a veritable hit, Lizzo's star began rising at an astronomic rate. But It's ironic that the song that would ultimately catapult the singer to becoming one of the industry's most popular artists could also have been her last. In late 2019, Lizzo shared with Elle that she nearly quit music after releasing it in 2017.

"I just felt like I was throwing music into the world and not even making a splash," said Lizzo. "A tree was falling in the forest and not making a sound, you know? I was crying in my room all day." Perhaps the tree's sound was delayed – or waiting for the right TikTok user to stumble onto it, because after "Truth Hurts" began to catch on, it seems as though the rest of the world finally caught up, too – with Lizzo.

All bets were off following "Truth Hurts" and its viral success. Lizzo appeared everywhere, from offering her voice to the animated movie UglyDolls and even getting her first movie role in the Jennifer Lopez-lead film Hustlers. She continued releasing music, and even debuted the name of her full-length album in early 2019: Cuz I Love You. It would eventually debut on April 19, 2019.

Cuz I Love You became Lizzo's greatest success yet, debuting at number six on the Billboard 200 and peaking at number four three months after its debut. From there, Lizzo racked up award nominations and performance spots at the Glastonbury Festival, the MTV Video Music Awards, and just about everywhere else – which leads us to her impending Grammy takeover for 2020.

It wasn't an overnight success – it was an uphill climb comprised of years of hard work. But now that the pop star has risen through the ranks, it's Lizzo's world, and we're just living in it.