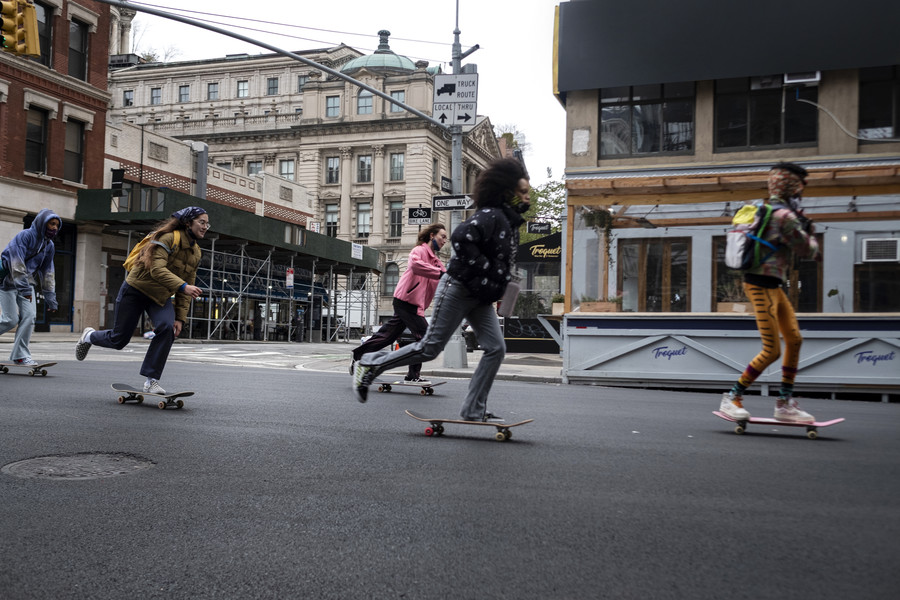 Pride Month is here again, but with this selection of series from HBO Max, you can celebrate queer narratives and LGBTQ+ communities all year round. A vivid combination of real-life and fictional stories, these diverse offerings from around the world illuminate the queer experience across age, gender, and location to uncover what unites us all.

Back in the 1990s, Cristina “La Veneno” Ortiz was one of Spain’s major pop-culture sensations. A transgender icon, her life is now immortalized in a series that spans her life — from an abusive, small-town childhood, to her transition, to her years as a sex worker and her rise and fall from fame.

Lauded for casting trans actresses in the roles of trans women whose trauma does not define them, The New York Times says the show builds a depth to “each character [that] goes further than in many gay narratives.” But Vulture sums it the best, as a five-star "story about how far a person is willing to go to self-actualize because anything less feels like no life at all.”

Father-daughter writing team Daniel and Zelda Barnz (whose other parent is co-producer Ben Barnz) deliver a queer coming of age story through the unique lens of Gen Z teenagers. Most of the main characters openly identify as LGBTQ+ and  “the purposefully wide spectrum of sexuality represented on 'Generation' is a narrative asset, but it’s maybe most notable for how little interest the show displays in having the teens question their sexualities at all.” Instead, it goes after the chaotic nature of teen angst and first heartbreaks — which remains regardless of who they choose to love.

“A transporting and tragic tale of the AIDS epidemic,” this five-part mini-series set in 1980s London follows a group of friends living through the liberation and devastations of the decade. Created by Russell T. Davies, critics are calling the show “essential viewing” and comparing it to HBO’s groundbreaking production of “Angels in America.” Lydia West leads the way among a stellar cast that also features Olly Alexander, Nathaniel Curtis, and Neil Patrick Harris.

The OG “Queer Eye” gang may have a gift at making people over, but the super-heroine divas of “We’re Here” perform full-out drag transformations while strengthening the LGBTQ+ communities of every town they visit.

With a mission of education, representation, and love over labels, Thrillist calls it a “must-watch” and says the “tearjerking reality show [has] taken real strides toward increasing queer visibility in rural communities nationwide.”

This Brazilian series explores understanding, inclusion, acceptance, and inclusive language through a story of a non-binary, pansexual Latinx character. The series starts when they invite themselves to move in with their gay cousin and his feminist roommate and follows as the three come together, grow into themselves and navigate relationships with supportive and oppressive family members and new members of the queer community.

“It’s representation that never feels like its ticking off an LGTQIA+ character checklist,” says The Queer Review. And “it’s the diverse mix of flawed yet lovable characters, and the atmosphere that combination creates, that enlivens this show and makes it so appealingly fresh.”

Luca Guadagnino, director of “Call Me By Your Name,” brings us this beautifully shot story about two American teenagers (Jack Dylan Grazer and Jordan Kristine Seamón) growing up on a military base in Italy and facing all the messiness that accompanies coming of age. The adolescence experience is at the show’s center, which is explored through queer main characters growing up with two moms (Chloe Sevigny and Alice Braga) and experimenting with their own gender expressions and identities.

Refreshingly, it’s another show on this list that doesn’t depend or dwell on figuring out sexual orientation — the main “family dynamic isn’t interesting because of anyone’s sexuality,” for instance. “It’s captivating because of the intensity built into the mother and son’s shared dependency.”

A spin-off of 2018’s indie favorite “Skate Kitchen,” “Betty” continues where the film left off with the same group of female friends making their way through the dude-dominated New York City skating scene. With a cast of strong, diverse queer characters, Rolling Stone says that the show "scores a low-key victory for the matriarchy." And according to IndieWire, it's “at its strongest when shedding light on the particulars of gender and power as it relates to skateboarding, but also existing in the world as a young, relatively attractive woman.”

Watch out for the second season of "Betty," out this June, as well as an incredible selection of highly-anticipated new and return series like "Pose," "Looking," "Love, Victor," and so much more that get representation right and celebrate LGBTQ+ communities.