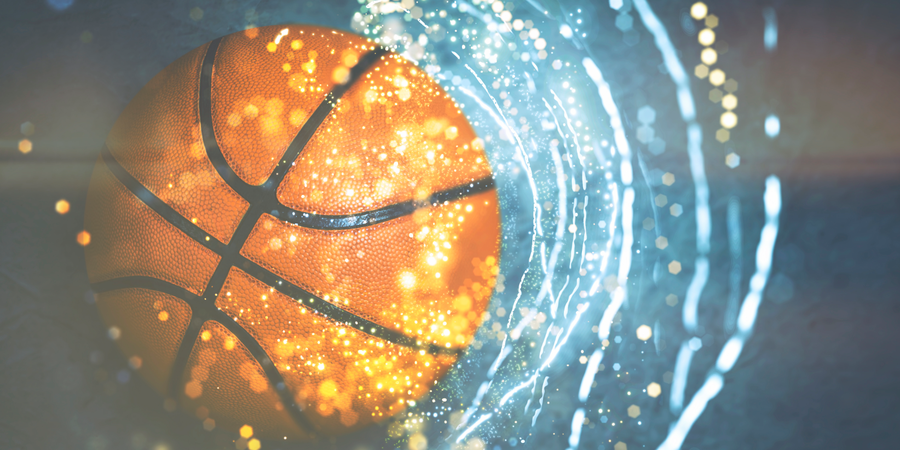 March Madness Final Bubble Watch: Who’s In and Who’s Out?

With Selection Sunday just days away, the NCAA March Madness field of 68 is finally beginning to take shape. By this point, there are plenty of teams who have locked up a tournament berth with exceptional regular-season play or by winning a conference tournament. The full field of 68 will be officially unveiled on the CBS Selection Show at 6pm, Sunday, March 17.

But several teams still have undecided fates. For those teams on the bubble, the selection committee will weigh factors beyond a simple win-loss record, such as the new NET rankings, strength of schedule, head-to-head results, quality wins and how competitive a team's losses were this season. At this point, the best way for these teams to curry favor with the selection committee is by winning as many games as possible in their respective conference tournaments. So it's pretty simple–win and in, lose and out. Check out who is and isn't sitting firmly on the bubble:

NC State has mostly handled business this season. The only notable blemishes on the Wolfpack’s record are losses to Wake Forest and Georgia Tech. But despite a solid performance in conference play, they may be punished for a soft non-conference schedule. The ACC Tournament provided a last opportunity to prove that their overall resume is more worthy than those flaws, which are relatively minor. NC State's 59-58 victory over fellow-bubble team Clemson in the opening ACC tourney round helped its case, but following that up with a 20-point loss to UNC will not sit well in the selection committee's minds. Ultimately, the Wolfpack have the resumé to barely make the tournament field, but if a couple of lowly teams win other conference tournaments to steal automatic-bids, then NC State is could be out.

NC State comes back from 18 down to advance past Clemson to the ACC quarterfinals! pic.twitter.com/F9bfpjst3d

If not for a handful of heartbreaking close losses, the Tigers would be comfortably in the tournament field. In conference games alone, they lost to Louisville, NC State and Miami by a total of four points, in addition to a few close losses in non-conference play. If they get one or two lucky bounces in those games, their record looks much stronger to the selection committee. There’s a clear case to make that this Clemson team is better than its record because of its performance in those losses. For the Tigers' sake, without many signature wins, they have to hope the selection committee weighs that heavier than any win-loss ratio. In true 2019 Clemson fashion, losing to NC State by one point in the ACC tourney opening round may leave them on the outside, looking in come Selection Sunday.

The end of Texas’ season was marred by the absence of star senior guard Kerwin Roach, leading to losing four of their final five regular season games. While Texas has accumulated a number of signature wins this season, most notably against UNC, this team has been wildly inconsistent. The importance that the selection committee places on its big wins will ultimately determine if Texas winds up in the field of 68. What gives Texas' tournament chances a little boost is that Roach was reinstated ahead of the Big 12 conference tournament, although they lost a hard-fought game to Kansas with him in the lineup. The selection committee factors in who is currently able to play on every team's roster and having Roach back in the starting lineup will definitely factor into the committee's bubble team decisions.

TCU’s recent road win over Texas to end the regular-season will undoubtedly play a factor in its tournament chances. Before that win over the Longhorns, TCU had been trending in the wrong direction, and looked to be in danger of falling out of the tournament field entirely. With a win over Oklahoma St. and loss to Kansas in the Big 12 tourney, TCU didn't exactly improve its resumé, but they didn't hurt their chances either. The Horned Frogs' head-to-head record against fellow bubble teams (2 wins over Texas; 1 win over Florida) will potentially earn them a spot, but their fate is in the hands of the almighty selection committee now.

On its own, Creighton’s resumé looks strong enough to make the tournament. They ended the regular season with five straight wins, putting themselves right in the middle of the bubble team conversation. For any Big East team on the bubble, though, the selection committee may not look at them favorably considering the down-year that the conference has had. Add in a lack of enough signature wins and a recent loss to Xavier in the Big East tournament and the Blue Jays' 2018-2019 campaign may already be over.

Led by guard Myles Powell, Seton Hall’s case for a tournament bid was strengthened greatly by wins in consecutive games over Marquette and Villanova to finish the regular season, followed up by a dominating Big East tournament win over Georgetown. However, the rest of their season was so up-and-down that the selection committee will find it extremely difficult to decipher the Jekyll-and-Hyde nature of this team, trying to figure out who is the true Seton Hall. Traditionally, the committee favors teams that are peaking in March, which is exactly what the Pirates are doing.

UPDATE: A win over Marquette in the Big East tournament semifinals solidified Seton Hall's spot in the tournament, most likely as a 9 or 10 seed.

On the flip side of that Thursday night matchup, Georgetown may have sealed its fate with the blowout loss to Seton Hall. Patrick Ewing’s Hoyas have been wildly inconsistent this season. Case in point: before the Seton Hall loss, in its final two matchups of the regular season, G'town suffered an embarrassing 32-point blowout loss to DePaul and then beat Marquette on the road. Factoring in a very weak non-conference schedule does not bode well for the Hoyas moving on to the Big Dance. At the end of the day, Georgetown will need a miracle to make it into the tournament field.

Arizona State’s two February blowout losses to Washington State and Oregon are huge black marks against them, although they did go 6-2 in their final eight games. In a disastrous year for the Pac-12, without many in-conference opportunities to impress the committee, the Sun Devils are running low on quality wins. Their overall resumé, with some worthy non-conference wins, is strong enough that the they should make the tournament.

UPDATE: The Sun Devils' loss to Oregon in the Pac-12 semifinals leaves them firmly on the bubble. If they get into the tournament, they will most likely be playing in a First Four matchup.

Record-wise, Florida looks unremarkable: 18-14 overall and 9-9 in SEC conference play. But they’ve had a strong final month of the season, including a huge win over LSU on Feb. 20. A win over Arkansas on Thursday in the SEC tourney all but ensured that they’ll be in the field come Selection Sunday. This team is really young and has continued to improve as the season has progressed, which the selection committee definitely recognizes.

UPDATE: Florida defeated LSU in the SEC tournament to all but guarantee themselves a spot in the field of 68.

Got the dub & if you missed it, we've got the highlights. #GoGators #SECTourney pic.twitter.com/YVXzZ70I3k

The Buckeyes lost their final three games of the regular season, which the never sits well with the selection committee. One of those losses was an overtime thriller against Wisconsin, a respectable showing that could play in their favor. But, if you consider Ohio State's lackluster Big Ten record, they need at least two wins in the Big Ten tournament to comfortably solidify a tournament selection.  Once again, it's March. Winning is the only option.

UPDATE: A win over Indiana and a loss to Michigan St. in the Big Ten tournament did not hurt or improve the probability of the Buckeyes' making the NCAA tourney. An anxious Sunday awaits this team before the CBS Selection Show at 6pm.

Want to catch every March Madness game? Catch the action all on DIRECTV.