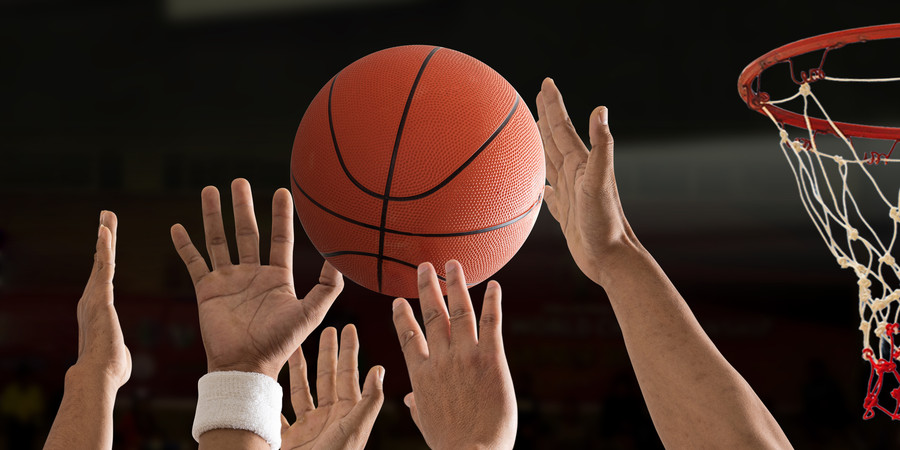 One of the first major sporting events canceled due to the coronavirus pandemic was the 2020 NCAA Tournament.

One year later, the entire tournament will take place in Indiana, and CBS Sports and Turner Sports will broadcast all 67 games of the 2021 NCAA Tournament across four networks (TBS, CBS, TNT and truTV).

Before the madness of March takes over, CBS Sports chairman Sean McManus and WarnerMedia News & Sports chairman Jeff Zucker met with media members to discus the challenges of producing the NCAA Tournament and the changes viewers can expect to see in the broadcast.

Here is what we learned from the session:

Because of the health and safety procedures in place for the broadcasts, the number of announcing crews will increase from eight to 10.

McManus said the main group of Jim Nance, Grant Hill, Bill Raftery and Tracy Wolfson will still be prominently featured. Despite the changes going on behind the scenes and in the arenas, fans will be treated to as close to their usual tournament viewing experience as possible.

"It's going to feel different because there aren't a full full amount of fans in the stands, but it's going to be very similar with respect to who are announcing the games," McManus said. "I think the viewer will take comfort in the fact that, a lot of the names are so recognizable and have been doing the tournament for so long. And there's such a tradition with our announce teams and such a heritage that they all appreciate, that there won't be anything drastically different on the announce teams.

Having traditional powers advance in the tournament draws in casual and diehard viewers alike, but with several well-known schools in jeopardy of missing the tournament altogether, are the network chairmen worried about a lack of viewership?

Even without powerhouse schools such as Duke and Kentucky, some fans enjoy the thrills of rooting for the underdog. McManus said compelling storylines tend to happen organically, and viewers get to know new teams throughout the tournament.

Do viewers actually enjoy watching the underdog destroy their bracket? Yes and no.

In 2016, the NCAA Tournament drew 9.4 millions viewers per game. The Final Four featured No. 1 seed North Carolina and No. 2 seeds Oklahoma and Villanova. Syracuse made the Final Four as a No. 10 seed, but it's hard to consider a school with a National Championship and six Final Four appearances as an underdog.

In 2018, sister Jean and Loyola-Chicago were the talk of the tournament, advancing all the way to the Final Four as an 11 seed. That year the tournament drew 9.7, the second-lowest total in between 2013 and 2019, down from a 10.4 million viewer average over that time.

"It's the stories that emerge that really make up the makeup of the tournament and keep people interested," McManus said. "If you have the traditional powerhouses, Kansas or North Carolina, it helps your ratings. But we're gonna focus on the teams that are in there and focus on the stories that are in there, and if the tournament develops as it always seems to, I think we'll do fine from a viewership standpoint."

With only a limited amount of fans allowed into each game, Turner and CBS are working to provide a better in-home viewing experience.

The polarizing virtual shot clock will make its NCAA debut during the tournament according to Zucker. New graphics packages and more views from the Robo cams placed on top of the baskets will also be featured.

Winning an NCAA Tournament was the pinnacle of amateur achievement in years past, but the next generation of basketball players will have several options to explore outside of the traditional college-to-pro route.

Upstart programs like the G League Ignite team and the Overtime Elite league are offering top high school prospects six-figure salaries to forgo college and play in their leagues straight out of high school.

Top 2021 prospects Jalen Green and Jonathan Kaminga joined the G League Ignite, a developmental team of top high school prospects and veteran players designed to hone their skills while providing the opportunity to be seen by scouts over a 16-game exhibition season.

Overtime Elite is a venture started by social media company Overtime, a popular platform for video highlights, is set to offer athletes a minimum $100,000 salary in addition to a signing bonus and equity in the company.

With so many options to get paid to play, top prospects could forgo playing for free in college, lowering the talent level of the NCAA and the NCAA Tournament.

Zucker said he's not worried about a few top prospects deciding to go pro out of high school. The NCAA Tournament has created numerous unforgettable and iconic moments, and to most athletes, playing in an NCAA Tournament will always be a meaningful experience.

There are "always individual players who leave after a year or make their own decisions," Zucker said. "And so, obviously, that'll always be a consideration. But I think that there is something so unique and so special about this tournament that will allow it to keep its special place in the American sports culture."

This article was written by Akeem Glaspie from The Indianapolis Star and was legally licensed via the Tribune Content Agency through the Industry Dive publisher network. Please direct all licensing questions to legal@industrydive.com.