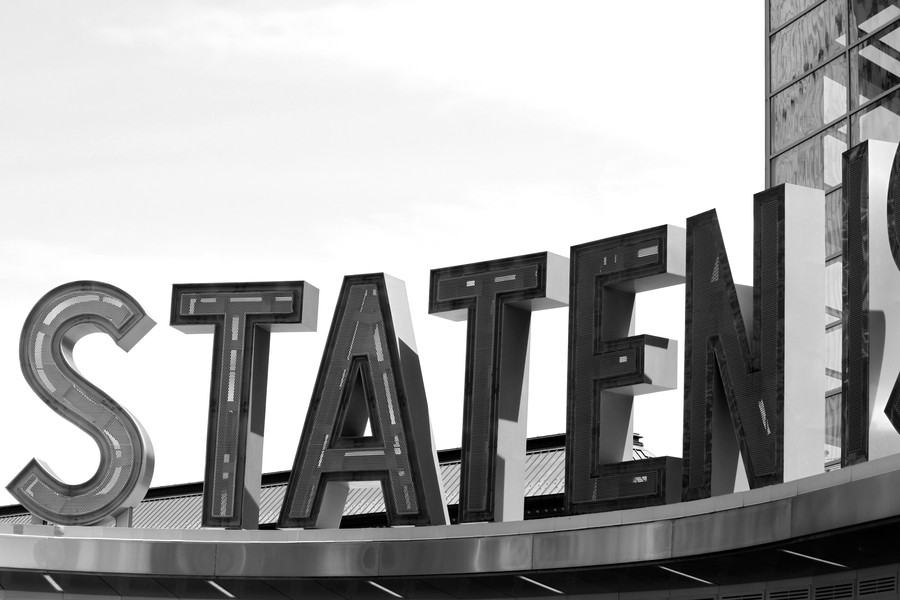 On Quora, a social network for smartypants where users ask and answer questions, one of the responses to "What is Staten Island, N.Y., known for?" is this:

"Nothing. It's a [expletive] of mediocrity."

That answer really isn't fair. For one thing, Staten Island was once home to the world's largest and most odious trash dump. More importantly, it is the birthplace of March Madness.

Yes, as you fill out your NCAA brackets this week along with some 50 million others hungry for buzzer beaters, Cinderella stories and the Final Four, tip your pencil and say thanks to Jody Haggerty, the late and loud Staten Island bar owner who, by most accounts, is the godfather of bracketology.

It's an invention that nearly sent him to federal prison (and later led to the spectacle of President Barack Obama filling out a bracket on ESPN.)

Haggerty, tending bar at Jody's Club Forest, was a man of many sayings and random questions. After he died in 2016, local newspaper columnist Tom Wrobleski wrote about their last meeting:

The conversation went something like this: Jody said that everybody knows what the First Amendment to the U.S. Constitution is. And everybody knows what the Second Amendment is. A lot of people know about the Fourth Amendment too, he said. But what's the Third Amendment? … In other words, you never knew what to expect when you walked into Jody's, what the topic of the day might be. That was one of the glories of the place, even for those of us who were only occasional customers.

In early March 1977, the topic turned to the upcoming NCAA tournament. Haggerty asked some patrons to predict the winners in each game. They printed out the pairings, picked winners, and paid $10 a pop — 88 people, $880 winner take all.

The pool swelled year after year, to the point where there would be actual traffic jams trying to reach the bar. Jody's Club Forest could barely keep up, according to Haggerty's son, Terrence, who recounted the pool's origins on "Only a Game," a public radio sports show:

I'd say in '98, '99, we started getting into computers. We had a computer guy. He had a program for it. We had probably 30 people putting picks in. We had them in different houses on Staten Island, and, you know, in basements, and it was … interesting.

The prizes grew so large that reporters began covering the event, which gave people the idea to start their own pools around the country. At Jody's Club Forest, the fun turned to tension — over taxes. In 2005, the winner of the $1.5 million prize — that's not a typo — was identified as "Noe Body."

Bill Littlefield, the host of "Only a Game," asked Terrence Haggerty if the prize money was hidden in a box under the cash register. Not exactly, Haggerty explained:

The money was in banks, and, you know, it was divvied up here, there, everywhere. …. I don't know if I really want to get into specifics on about like how they were paid, if you can understand what I'm saying. Like, I know it was a long time ago, but it's something, I know that we're not 1000% comfortable, you know, talking about. You know what I mean? I hope you understand what I mean.

Haggerty had reason to be nervous. In 2006, after a winner apparently reported his winnings, the IRS began an investigation that led to his father pleading guilty to tax evasion, for which he netted two years probation. The elder Haggerty ended the pool, blaming the media for attracting too much attention.

"You and your cohorts did it," he told the New York Daily News.

The headline on the story: "March Sadness."

The insanity of ski jumping: Where on earth did this sport come from?

Shohei Ohtani: The Japanese Babe Ruth vs. the real Babe Ruth? No contest.

Before Venus and Serena, another tennis diva ruled Wimbledon — in red lipstick, sipping cognac between sets

She was attacked 50 years ago for being a woman in the Boston Marathon. Then she ran it again at 70.

This article was written by Michael S. Rosenwald from The Washington Post and was legally licensed through the NewsCred publisher network. Please direct all licensing questions to legal@newscred.com.