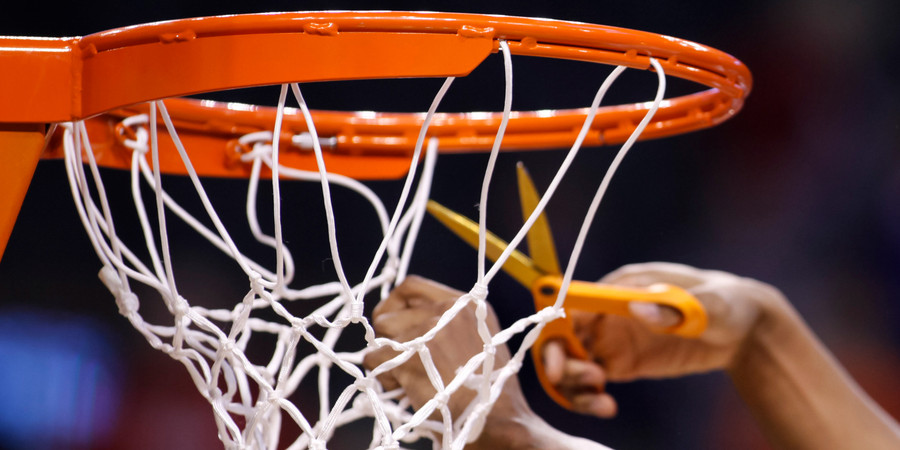 March Madness: Your Guide to the Final Four

The Final Four of the 2019 NCAA Men’s Basketball Tournament is set to tip off in Minneapolis on Saturday. While the weekend won’t be the star-studded affair that was widely predicted, with Duke and Zion Williamson watching from home, along with fellow No. 1 seeds, North Carolina and Gonzaga, the remaining teams all play cohesive, team basketball. Virginia, is the only No. 1 seed left standing (a year after becoming the first No. 1 seed ever to lose in the first round), and two schools, Texas Tech and Auburn, are in the Final Four for the first time. Michigan State returns to the Final Four for the first time since the 2014-15 season. Experience reigns supreme in this Final Four – the one-and-done model didn't pan out this season, as all four teams playing this weekend are led by upperclassmen.

Here’s everything you need to know heading into Saturday’s action, before the winners battle it out on Monday for the national title.

How Virginia got here: The Cavaliers are the only No. 1 seed remaining in the tournament. They took care of business against No. 16 Gardner-Webb in the first round to exorcise last year's demons, and No. 9 Oklahoma in the round of 32. Virginia survived a scare from No. 12 Oregon in the Sweet Sixteen before ultimately pulling out a 53-49 victory, then outlasted No. 3 Purdue in an overtime thriller in the Elite Eight.

How Virginia could win: Virginia’s backcourt is a force to be reckoned with. De’Andre Hunter is a deadly shooter and projected NBA lottery pick, while Kyle Guy and Ty Jerome are prolific scorers who could be too much for the shorthanded Tigers to handle. Virginia is a No. 1 seed for a reason—they’re insanely efficient and very experienced, with plenty of weapons at both ends of the floor who can beat you in a variety of ways.

How Auburn got here: The Tigers have advanced to the Final Four for the first time in program history. After pulling out a one-point win in the first round against No. 12 New Mexico State, Auburn has embarked on an impressive run that includes a double-digit win over No. 4 Kansas in the round of 32, a stunning 17-point blowout of top-ranked North Carolina in the Sweet Sixteen and a hard-fought victory in a SEC matchup over No. 2 Kentucky in the Elite Eight. Auburn has beaten a higher seed in each of the last three rounds, knocking off three blue blood programs, and could qualify for the school’s first-ever title game if they can pull out one more upset.

How Auburn could win: Beating Virginia will be a tall order for Auburn, as the Tigers will be without third-leading scorer Chuma Okeke, who is out for the rest of the tournament with a knee injury. Their backcourt duo of Bryce Brown and Jared Harper will need to keep playing lights out, especially from three, just as they did against Kentucky in the Elite Eight, when they combined for 50 of Auburn’s 77 points. Still, the loss of Okeke could be too much to overcome against a disciplined, rigorously prepared team like the Cavaliers. Less heralded players will have to step up—no "we're just happy to be here."

UPDATE: This game will be remembered for the double dribble controversy and Kyle Guy's clutch free throws, but Virginia survived an Auburn scoring flurry over the final minutes to win 63-62 and move on to the title game.

How Michigan State got here: The Spartans had a largely uneventful first three rounds of the tournament, taking care of business with a 76-65 first-round win over No. 15 Bradley, a 70-50 second-round blowout of No. 10 Minnesota and an 80-63 Sweet Sixteen victory over No. 3 LSU. It was in the Elite Eight that they managed perhaps the most thrilling, shocking result of the entire tournament thus far, a 68-67 win over Zion Williamson and No. 1 seed Duke. Sure, MSU is a No. 2 seed, but did anyone really see Duke losing?

How Michigan State could win: The Spartans are deep and balanced. They rank in the top 10 in both offense and defense, and are led by junior Cassius Winston. That offense will need to step up against Texas Tech's top defense in the nation. The Spartans are riding high off an upset of Duke in the Elite Eight, which saw them clicking on all cylinders, and they look ready to reach their first national championship game since 2000, when they defeated Florida. If Tom Izzo's squad can match their opponent's defensive intensity and continue their balanced scoring efforts, Sparty is moving on.

How Texas Tech got here: The Red Raiders breezed through the first three rounds of the tournament. They defeated No. 14 Northern Kentucky 72-57 in the first round, then managed blowout wins against No. 6 Buffalo and No. 2 Michigan in the second round and the Sweet Sixteen. Their Elite Eight victory was somewhat surprising, a 75-69 victory over top-ranked Gonzaga, in which the Red Raiders were comfortable in control from tip-off to final whistle. Like Auburn, Texas Tech is playing in the Final Four for the first time in the history of the program.

How Texas Tech could win: The Red Raiders have two things going for them: star wing Jarret Culver and an unbelievable defense. Culver can do just about everything, leading his team in minutes, points, rebounds and assists, which is not a normal occurrence. Texas Tech boasts the top-ranked defense in the country, capable of suffocating any opponent, especially once they secure a lead. Culver, a projected top-five NBA lottery pick, has had a nice tournament run thus far and could boost his NBA draft standing if he can power Texas Tech to its first-ever national title game.

UPDATE: Just as they have all tournament long, Texas Tech used its superior defense to seize control of the game in the second half, moving on to its first ever title game with a 61-51 victory.