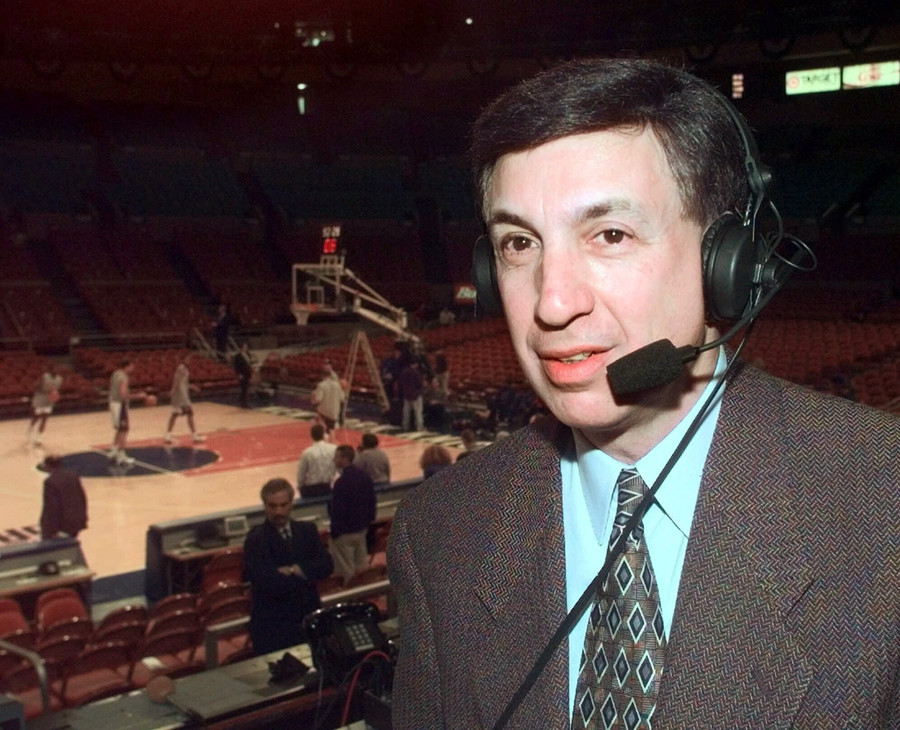 NEW YORK (AP) — From Michael Jordan soaring through the air to Willis Reed simply walking onto the court, Marv Albert supplied the sound that went with the sights.

Albert has called numerous sports during a Hall of Fame career that spans nearly 60 years, though he is mostly linked to basketball.

“There is no voice more closely associated with NBA basketball than Marv Albert’s,” NBA Commissioner Adam Silver said in a statement released Monday by Turner Sports.

Albert plans to retire after calling the NBA's Eastern Conference finals, ending a career that began on the radio in 1963.

Albert will call the series for TNT. He has been with Turner for 22 years, 19 as an NBA play-by-play announcer.

“My 55 years of broadcasting the NBA has just flown by and I’ve been fortunate to work with so many wonderful and talented people,” Albert said. “Now, I’ll have the opportunity to hone my gardening skills and work on my ballroom dancing.”

Albert, known for his signature “Yes!” call, turns 80 next month. He has covered everything from football and boxing to hockey, baseball and tennis.

But his voice is known to most through basketball, having called 13 NBA Finals and 25 All-Star Games for NBC and Turner, along with the Dream Team's romp to the gold medal in the 1992 Barcelona Olympics.

Silver said his earliest memories of basketball were listening to Albert call Knicks games. Many fans who came to the game during Jordan's run to six championships in the 1990s heard the same voice first.

“From his remarkable run as play-by-play announcer for the Knicks to his prominent national roles calling our marquee games on NBC and Turner Sports, Marv has been the soundtrack for basketball fans for nearly 60 years,” Silver said.

Albert became the voice of the New York Rangers in 1965 and the Knicks two years later. He was on the radio call in 1970 when the Knicks won their first championship, a memorable moment in NBA history after an injured Reed emerged from the locker room moments before Game 7 against the Los Angeles Lakers at Madison Square Garden.

“And here comes Willis, and the crowd is going wild!” Albert said.

He began doing Knicks games on TV for MSG Network in 1986 until he and the organization parted in 2004 over disagreements with his salary and style.

Albert was also fired by NBC in 1997 after pleading guilty to assault in a lurid sex case, when a longtime lover accused him of biting her on the back more than a dozen times and forcing her to perform oral sex.

This article was written by Brian Mahoney from The Associated Press and was legally licensed through the Industry Dive publisher network. Please direct all licensing questions to legal@industrydive.com.